Cambridge and the cult of competitive failure

The dangerous depths of self-deprecation

Many things have surprised me since arriving at university in Cambridge: how seriously it is possible to take student theatre; how the college system means that practically everyone seems to know each other; that my English lectures sometimes feel like support groups for people who weren’t quite cool enough to go to art school.

It has been everything and nothing I expected. The number one thing that has surprised me, however, is that Cambridge students really, really, love to tell you about how much work they haven’t done.

It surprised me because of how much every piece of advice on applying stresses how much you have to love your subject. Particularly applying from a state school, the message is very much that you do not apply unless you think you really care enough to spend that many hours in the library. Anyone reading information online might expect that if there was a competition for anything, it would be of who cared the most. Oddly the reverse is true: I found myself confronted with a range of people, some of whom backed themselves with an aloof sense of entitlement, others more unsure, but almost all of whom seemed terrified to suggest that they might actually care. 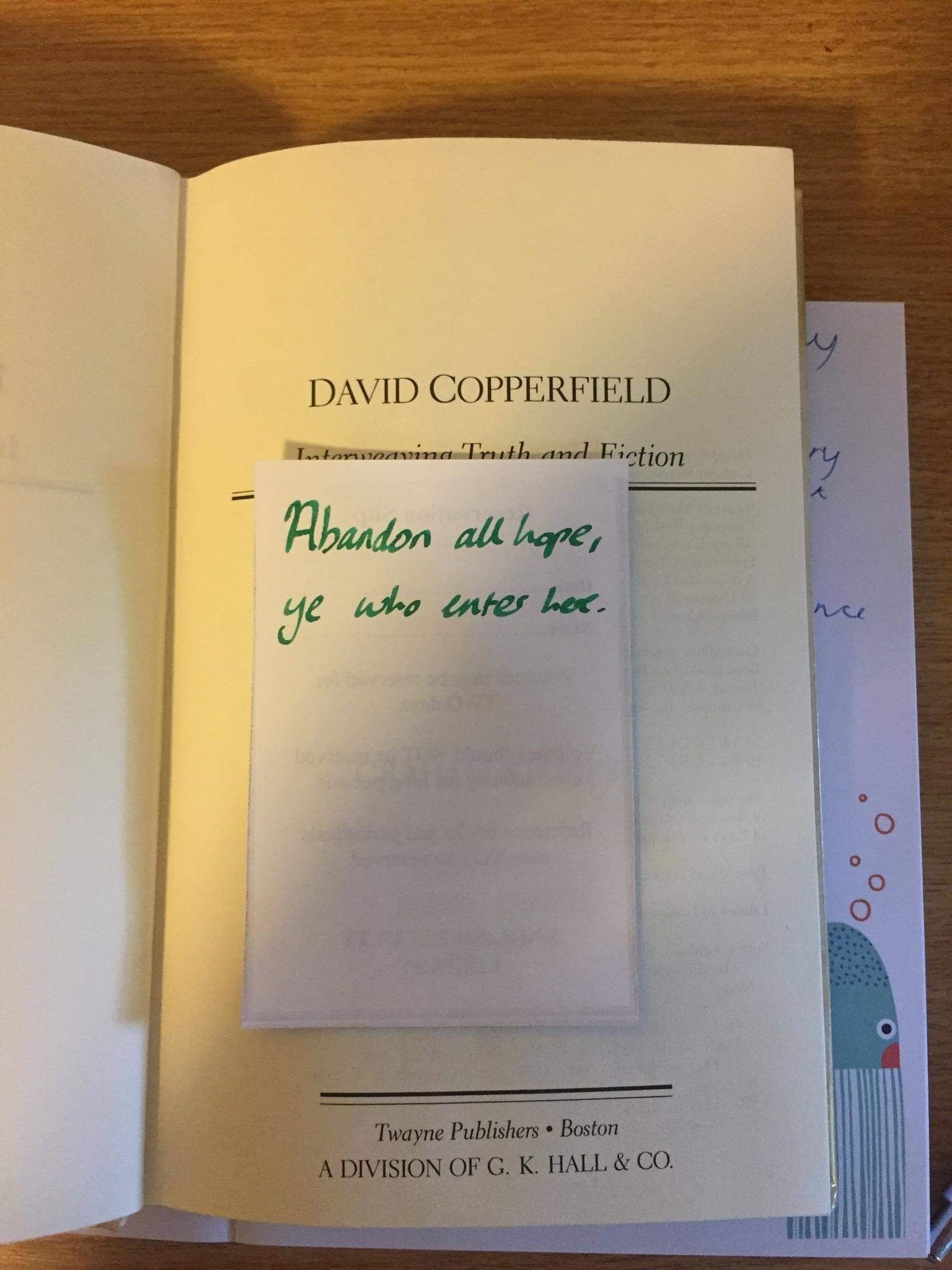 A note I found in the front of the first book I ever took out of the EFL (this is not a joke, this actually happened)

I say this with an unsettling sense of hypocrisy, as I know that this is a culture I have absolutely contributed to, and may well find myself doing so in the future. In moments where I have felt uncertain, I have banged on about how little work I’ve done; have really wanted people to know that I could have done more work – if I’d wanted to – but I didn’t, so I haven’t. It is the most self-destructive defence mechanism I have, and completely contradicts the self-belief it took to get me here in the first place.

But I also don’t want to place blame entirely on students. I do genuinely believe that the way Cambridge is structured can be counterproductive and encourages us to develop unhappy relationships with our degrees. I would greatly admire anyone who was able to churn out an essay a week on a book that, in a ridiculously intense eight-week term, they’d only had the time to read half of, and still maintain an entirely positive relationship with their subject. But we don’t help ourselves by making it into some kind of competition. I know that in my first year especially I felt like I had so many people telling me about how much they didn’t care, that I was embarrassed about ever putting any work in. To do no work seemed the more acceptable decision: it seemed as though to have done so and fail was a better option than to have tried and risk failing anyway. 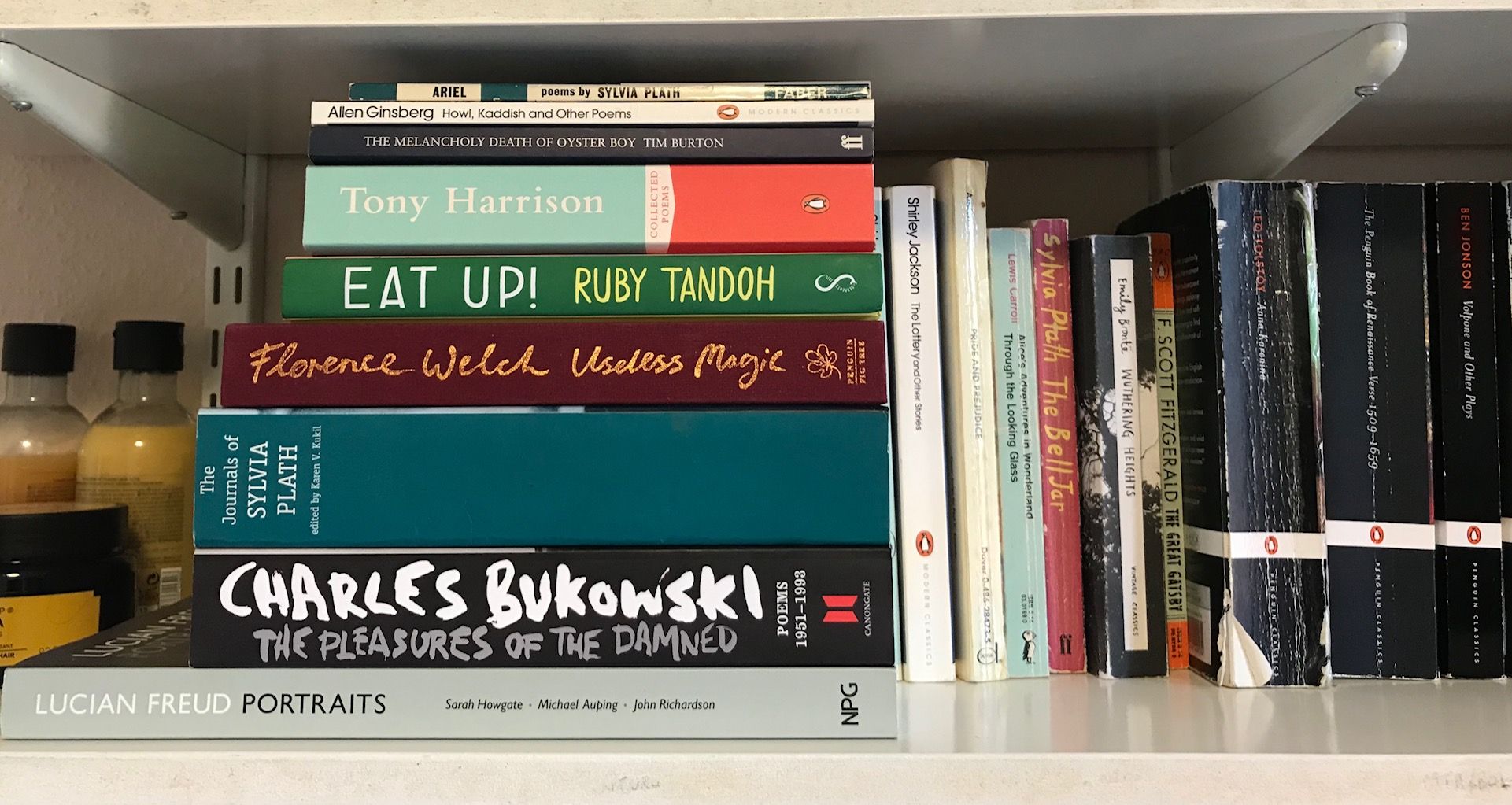 Yeah books are a bit shit tbh, don't even like reading anyway

Cambridge is hard, and we are all absolutely entitled to feelings of disillusionment. It is so important for us to be critical of the university structure, particularly when it relates to student welfare. However, in making such disillusionment into a perverse badge of honour we simply fuel impostor syndrome. Entertaining this feeling that there is no point in us even trying is actually preventative to us engaging and enacting change in a university that is rightfully ours. It also makes it even more confusing and difficult for people arriving with a feeling that they do not belong – feeling as though they are being actively told that they are set up for failure.

We would all be better off if we were honest with ourselves that none of us – or at least only a tiny minority – got here by being people who genuinely didn’t care. The vast majority of us are here because, however much time we spend drinking and putting on plays, we are on some level just a little bit weird and nerdy.

So, do your reading – or don’t – just please, please, stop telling me about how hilarious it is that you just-don’t-actually-care-about-your-degree-really. It’s not that funny: it’s a sign of a massive problem this university has with how we are framing our relationship with academia.