REVIEW: The Unbelievable Ending of the World

Where do I begin

I came out of the Corpus Playroom, to be quite honest, completely confused. Usually when you come out of reviewing a play, you tend to have a feel for what kind of star rating you'd give it. One second I had decided on two stars, the next, five.

The Unbelievable Ending of the World is a piece of new writing by Will Maclean about a mother who kills her daughter to stop climate change. This is said in the first two minutes or so, this isn't a spoiler. It's about the boundaries of morality in our modern, decaying age; the idea that technically, killing your daughter is a morally correct action to take for mankind in terms of trying to stop climate change. The whole piece is a test of your morals as an audience member, putting different scenarios forward to see how your perceptions of morality changes. 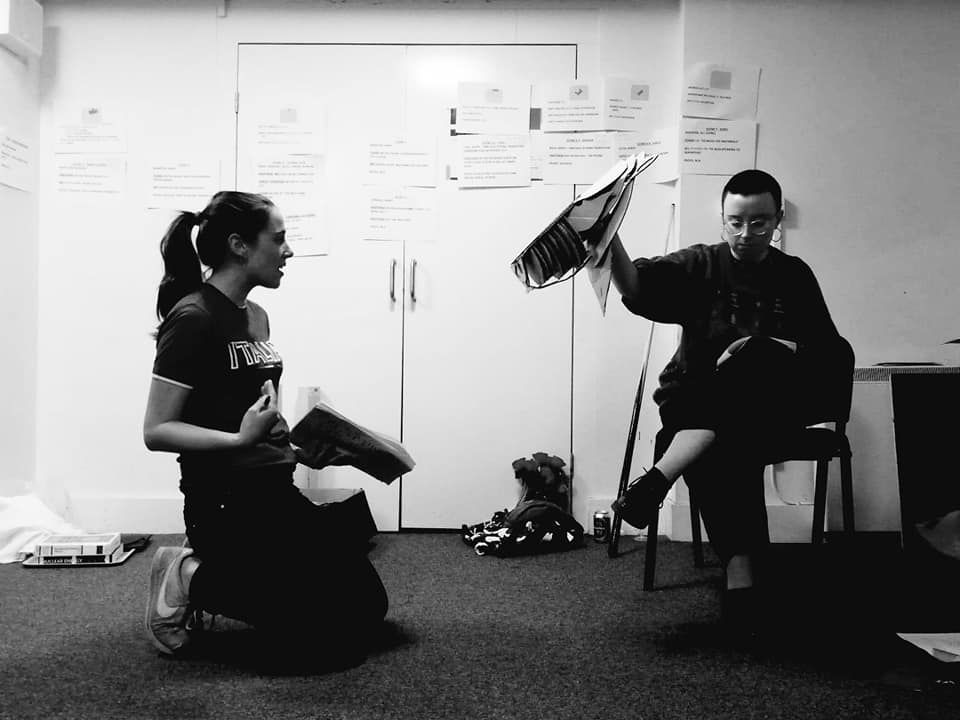 The concept itself is fascinating and experimental, but I'm not sure that it was carried out to its potential.

Firstly – and this might have just been my Week 8 tiredness – I often felt a step behind in terms of the writer's ideas and mind. I felt like I was being lectured in some kind of abstract morals, which to be quite honest, I was not particularly ready for at this point of term. In fact, the whole script felt really rather intellectually indulgent – imagine you've walked into the smoking area in Arcsoc and some philosophy student starts spouting to you about his personal questioning of morality in between puffs on his rollie. On the other hand, however, some moments were very self-aware and witty. This is one of the reasons why the play was so destabilising and confusing. 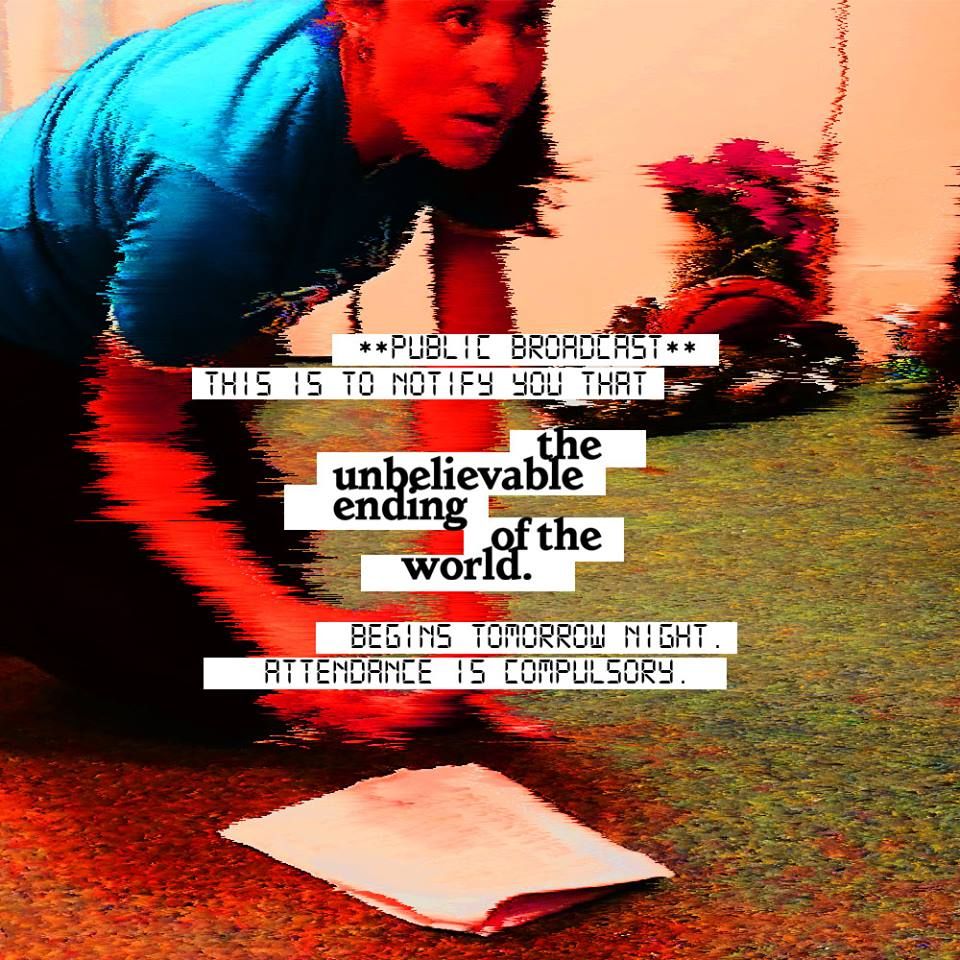 I think this indulgence is really shown by the fact that the entire point of the characters and plot is to discuss the moral theme, and the writer's ideas. The text itself did not make the characters into real people at all; they are given poetic, unnaturalistic, pointed lines about dust and dying planets and such. Words came out of the actors' mouths, but it was the writer speaking.

Rather, it was the actors who managed to bring life and humanity to it. The actors really put their all into it. There were a couple of slack line mishaps, but I forgave them because of their exciting and lovely characterisations. Sophie Scott's flawless and flexible characterisations honestly had me in stitches whenever she came onto the stage, bringing a real sense of energy, life and humour to scenes. 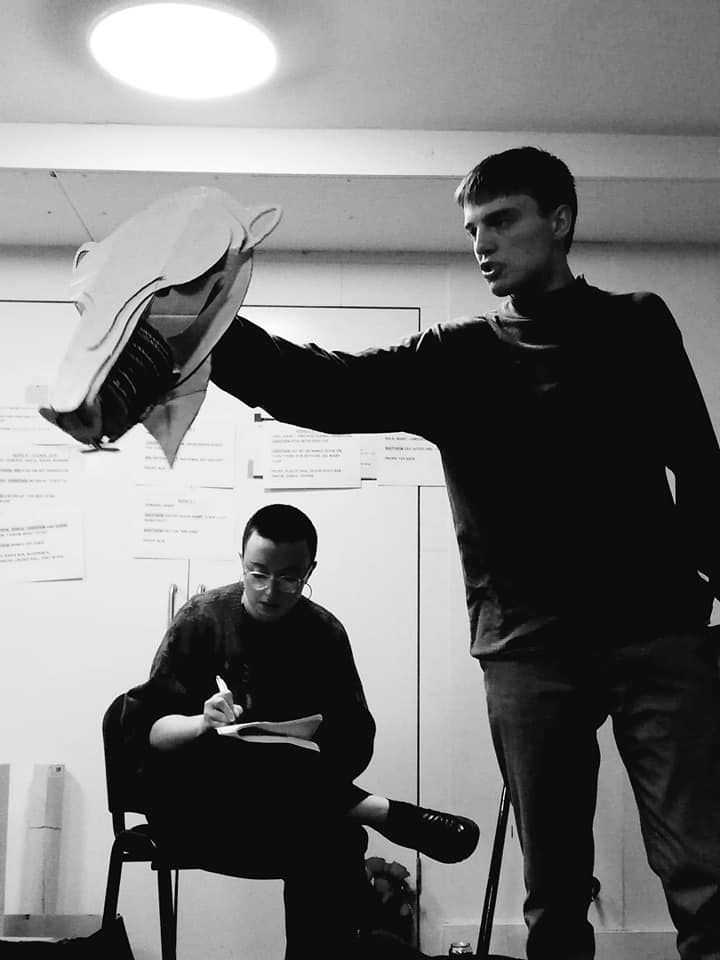 One really breath-taking aspect of the show was the puppetry. These puppets were absolutely gorgeous and intricate, and it was such a joy to watch them. The only slight issue I had here was the use of the puppets – I don't think enough attention had been given on how the actors actually use the puppets. When I've seen puppets being used before, I end up forgetting that there's a person behind them because I'm so engaged by the reality of it. However, I found myself just watching the actors instead (though this might have been because Scott's mannerisms were just so funny).

Overall, I really did enjoy the evening. It sometimes felt rather pretentious and confusing, but at other moments it was moving, thought-provoking and really very gorgeous. I would really recommend others go see it and make more sense of it than I seemed to. Since I'm wavering every minute between two and five stars, I'll go for a midway point of 3.5/5 stars.