Review: Angels in America: Part One

“I am a gay man!” Prior Walter screams, eyes aloft to the punishing heavens. “I can cope with pressure!”

This seems to be the apotheosis of ETG’s Angels in America: Part One: high drama mixed with shockingly effective comedy and the overriding sense that something has to give. From the moment Ella Blackburn walks on stage in a cripplingly accurate impression of an embittered and elderly rabbi, there is a fatalistic impression that things can only get worse; and they do, with awful and inevitable certainty. Despite the comedy- which is played to perfection and never misses a beat- this is not a show to come out of ebullient.

Director Alistair Henfrey must have some secret trick to get the best out of people, because every single member of the very able cast is utterly on top of their respective game. There’s absolutely no-one who could be described as a weak link- in fact I could probably wax lyrical about all their performances. Fresh from stand-up success in One Man Romance, Leo Reich is both sidesplitting and heartbreaking as Prior, able to turn on a dime from the epitome of arch sardonic camp to a frightened and ill little boy. It is he and Billie Collins as Harper who prevent the more fantastical elements of the show (like the fact that they slip into eachother’s dreams) from becoming ludicrous- they ground the magical with a sense of the helpless and sarcastic real. Collins is excellent as Harper, seeming minuscule in her fear-filled apartment but then growing as she shakes off her terrors- her delivery of the line about what she learnt to do on the radio today absolutely killed me off. 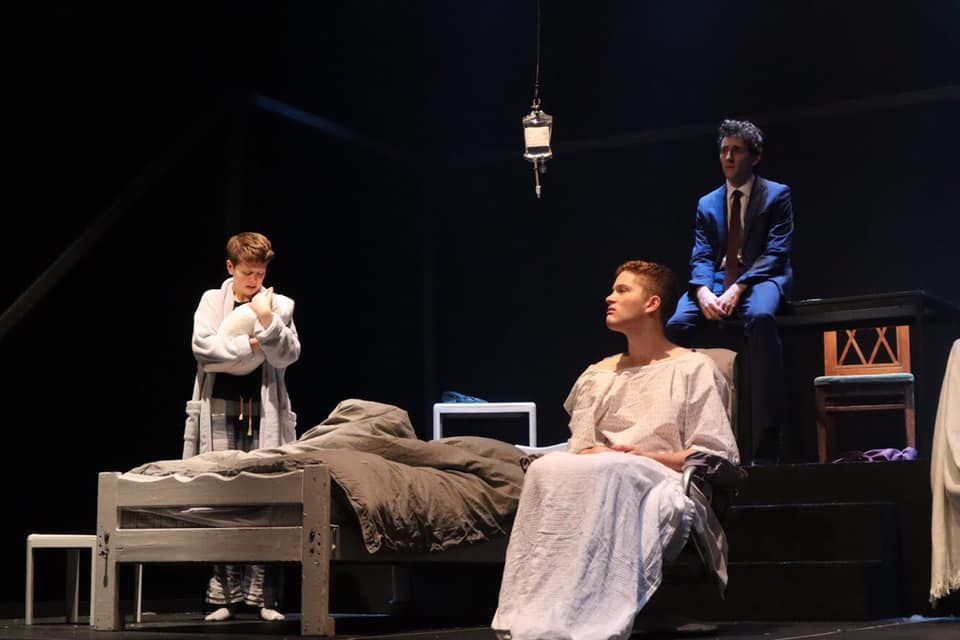 Bilal Hasna is making a real career out of morally grey men with excellent monologues; whilst his Louis is nowhere near Iago, he is irritatingly sympathetic as the boy who never grew up, terrified of the illness which is consuming his boyfriend but charming enough to seduce a Mormon (not a standard metric of talent). Ella Blackburn’s accent work should be given special mention- the distinctions between her numerous well-crafted characters were more than clear, which tidied up a potentially confusing situation.

Conor Dumbrell gives a stunning performance as the aforementioned Mormon; whilst the character could be played as irritating, his inward torment and nervous, jangling care broke my heart every time he was on stage. He almost seemed too awkwardly big for any room he was in; until Joe Tyler Todd’s Roy brings him crushingly back down to size. Todd is excellent as Roy: perhaps the closest thing the play has to a villain, he plays him so understandingly that it is even more terrifying to find yourself subconsciously slightly agreeing with some of his more morally dubious monologues. 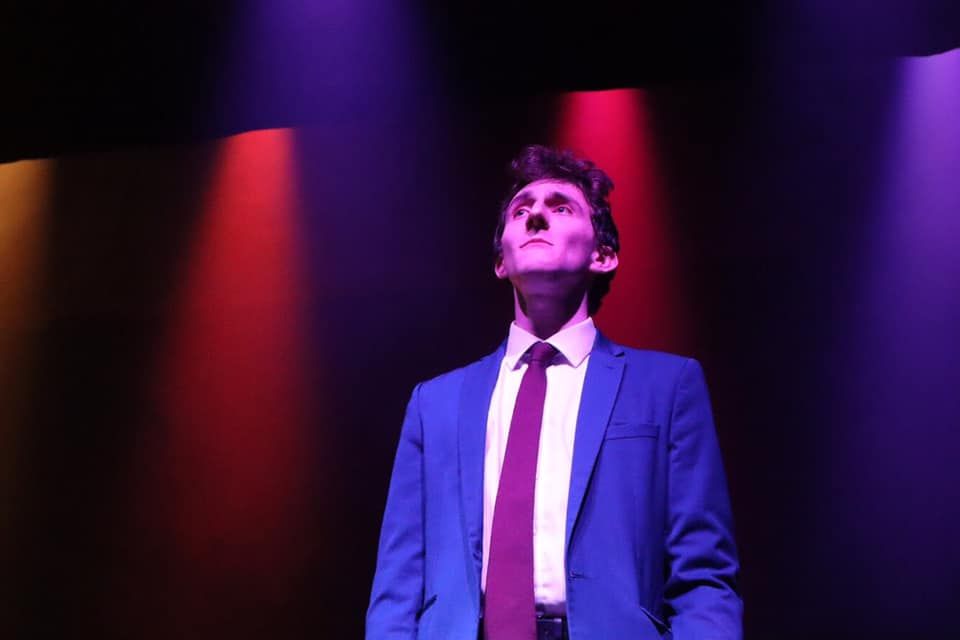 The set is brilliantly used- white strip lighting divides the stage into clearly defined rooms, the breach of which is something not taken lightly. The monochromatic, vivid lighting, with its dense and impenetrable shadows, brings to mind the 2017 NT production without being derivative, and is nicely evocative of the neon eighties. In addition, the use of sound for the angel’s visits is genuinely uncomfortable and quite scary- my friend referred to it as “some Doctor Who shit.” (Agreed.)

But as Prior remarks, life isn’t quite perfect, and neither is this production (though for the sake of the cast I so wanted it to be.) It is 2019, everyone. It is time to stop using blackouts- we know you’re moving chairs around in the dark, we might as well see it. Time and time again there was a massive anti-climax as the actors perfectly built up tension to a crescendo- and then they would scuttle round a dark stage. There was also no consistency with the blackouts-sometimes they would end a scene, but others there would be no blackout and the set changes were carried out in the open, though disappointingly rarely in character, which was another niggle I had: the entrances and exits seemed to be a little devoid of characterisation, with whole groups of people finishing their scenes and then all sloping off at the same time in the same way.

It’s the last 30 seconds which let it down: having suspended our disbelief in reference to the angelic visitations with the help of some exceptionally fine acting, the angel’s actual visitation is more comical than dramatic, overblown and almost pantomimic- and the costume design doesn’t help, seeming not to fit with the realism of the rest of the play. I won’t ruin it, but in the words of the immortal Ian Malcolm, you were so busy seeing if you could you didn’t think if you should.

Fittingly for a play about the devastating personal impact of the AIDS crisis, it is the individual performances and the way they intersect with each-other that really makes this play shine; so much so that the shafts of angelic light are almost an interference.