Behind the scenes of the Conscious Oxbridge Mental Health Ball

When you combine a classic Oxbridge ball and all its luxury with a group of passionate committee members on a mission to increase awareness of mental health, you create the Conscious Oxbridge Ball.

I met with Presidents, Keir Murison and Ibrahim Sheikh, who took over the ball in 2017 with incredible success. This year they are underway in their lengthy and exciting preparations for the upcoming 2018 ball on November 3rd. 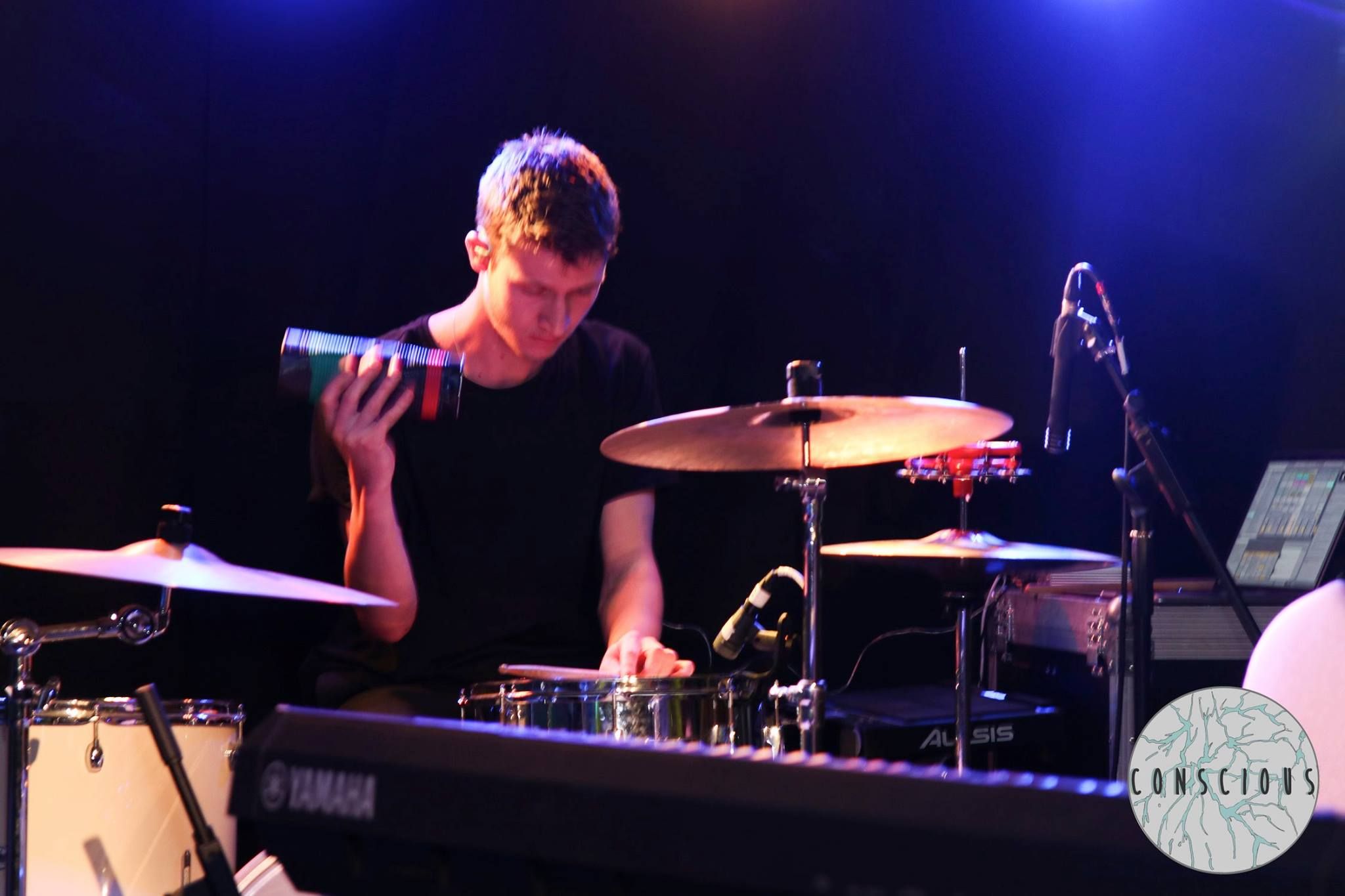 The Conscious Oxbridge Mental Health ball was first organised by Cambridge students Kam and Dil, following the suicide of their close friend in their first year at Cambridge.

Devastated and shocked, they wanted to both remember their friend and raise awareness of the mental health issues which had driven him to suicide.

Observing how much awareness social events could generate in Cambridge, Kam and Dil organised the ball in memory of their friend, making it open to members of Oxford and Cambridge – universities at which he had lots of friends. The purpose of the event was not only to celebrate his life, but to raise awareness of the mental health issues which lay behind his suicide and indeed that of many other young people around the UK.

Keir and Ibrahim talk about the #ITSOKAYNOTTOBEOKAY movement which circled Facebook this summer as well as the increased limelight which has been shed on suicide related deaths, particularly among young men recently, with a reported 5668 suicide cases in 2016 alone.

The ITSOKNOTTOBEOKAY movement went viral around Facebook this summer

Keir and Ibrahim both agree that mental health statistics are unacceptable. Although mental health issues have been brought into the limelight only recently, there is still a long way to go with regards to changing attitudes towards them – reports suggest that only 1 in 8 adults in the UK with a mental health problem are currently receiving treatment.

This year, proceeds will go to mental health charities voted for by commitee members, which include Mind, Samaritans, Movember and Student Minds – charities which are equipped to help young people suffering from mental health issues.

The ball has also utilised a 'college rep' system, which has employed around 69 reps in Oxford and Cambridge to promote the ball to members of their respective colleges so the ball gains maximum publicity and exposure to members of both universities. 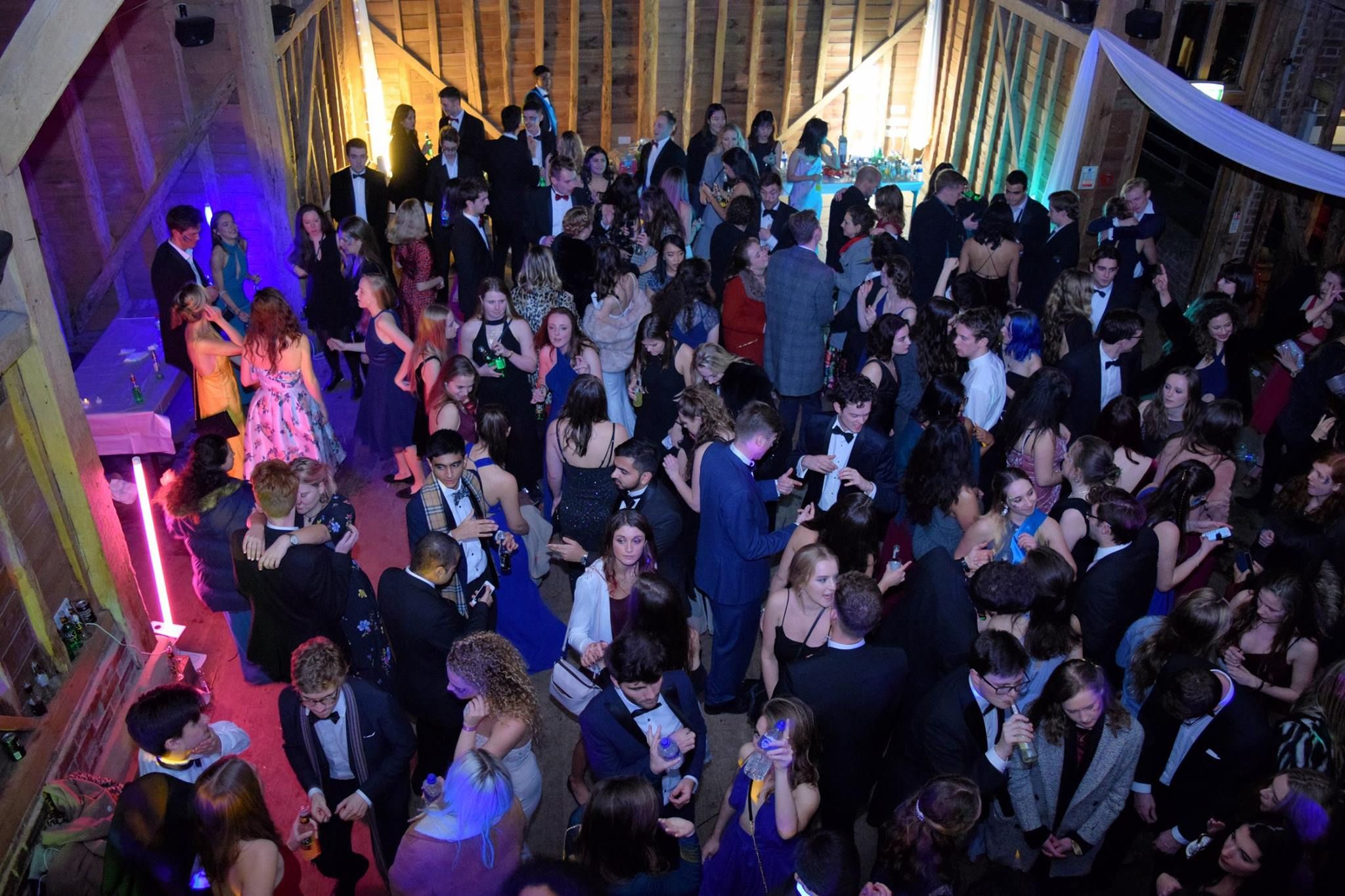 Members of both Oxford and Cambridge attend the night

Keir also speaks about the attention which the ball has received from UK companies who have approached the committee offering financial and technical support. Ibrahim tells me that companies have even offered work-forces to man the night as a part of their social responsibility initiatives and dedication to mental health awareness.

We move on to talk about the committee who have given up their time, completely free of charge, to organise the event. Keir and Ibrahim seem proud to be working alongside students like themselves who are not only passionate about mental health awareness and dedicated to the cause but also love their departments in which they work. 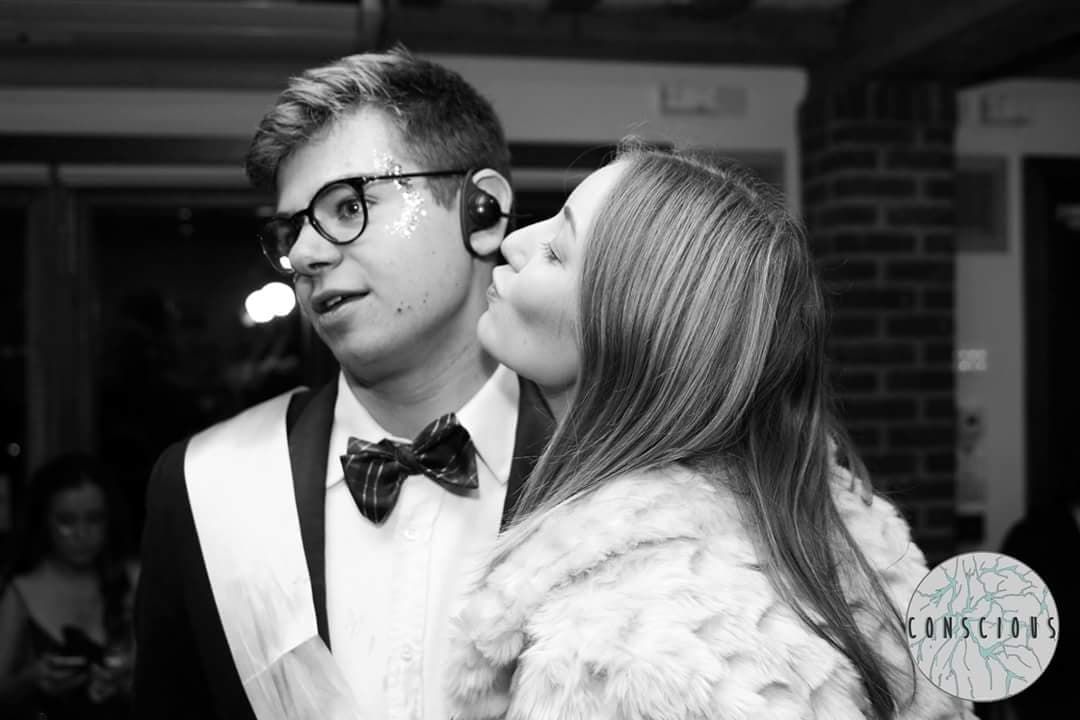 Keir, as a past president of the Cambridge and Oxford mental health charity, Student Minds, points out that mental health statistics in universities are of grave concern. Students are being put under increasing amounts of pressure from a young age and are not being given adequate education or provision for dealing with this. Keir points out that university policy often lags behind current thinking, treating the university as the victim and not the student who needs help. 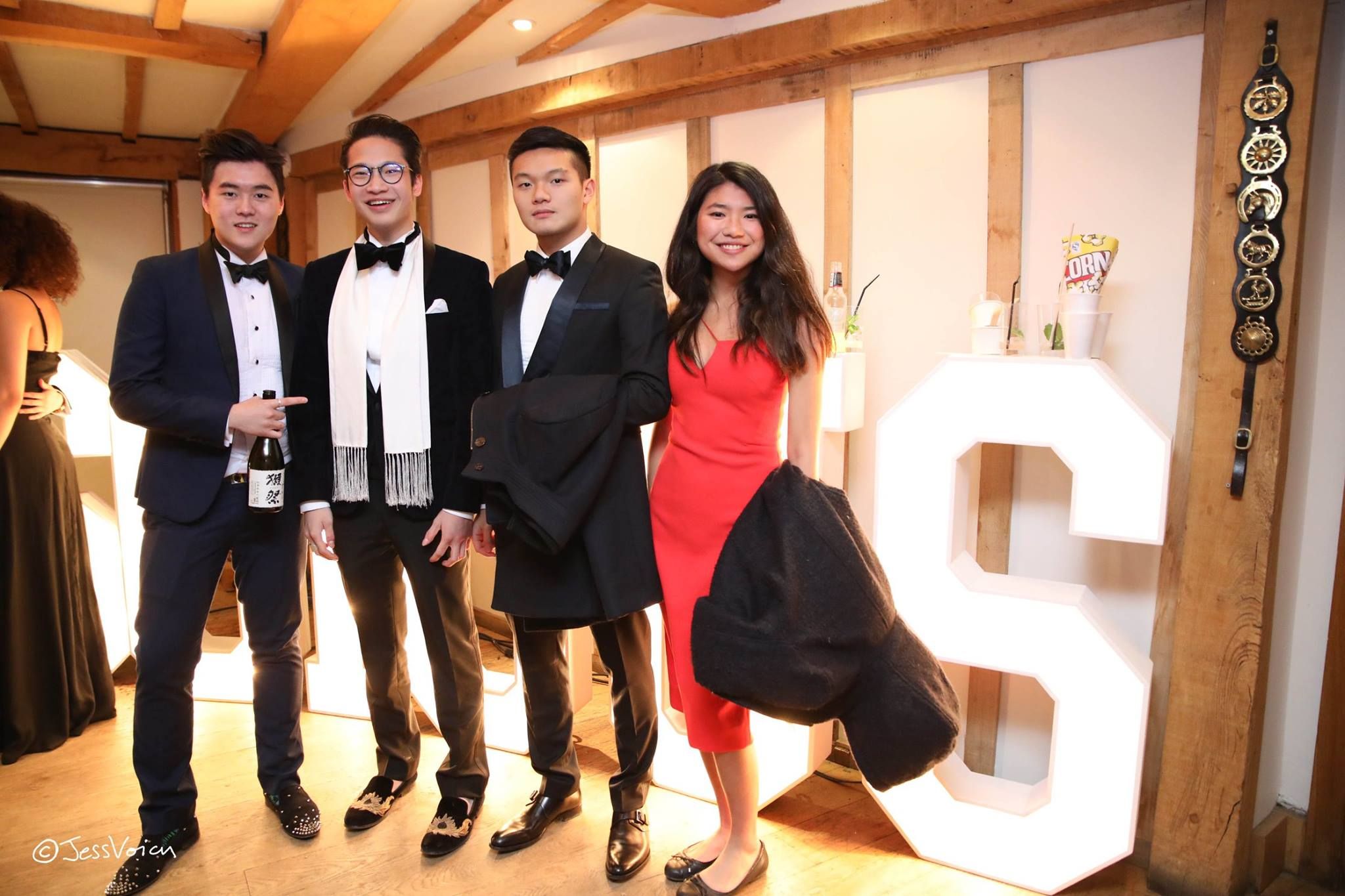 A night of charitable, worthwhile decadence sounds good to me

I say my goodbyes to Keir and Ibrahim but not before Ibrahim shoots me the difficult question of 'Air Hockey or Table Tennis?'

Keir and Ibrahim look at each other and grin – for this is just one of the excitements which will feature at the ball.

The ‘Conscious’: The Oxbridge Mental Health Charity Ball will be taking place this year on November 3rd at Allianz Park. Tickets are £85 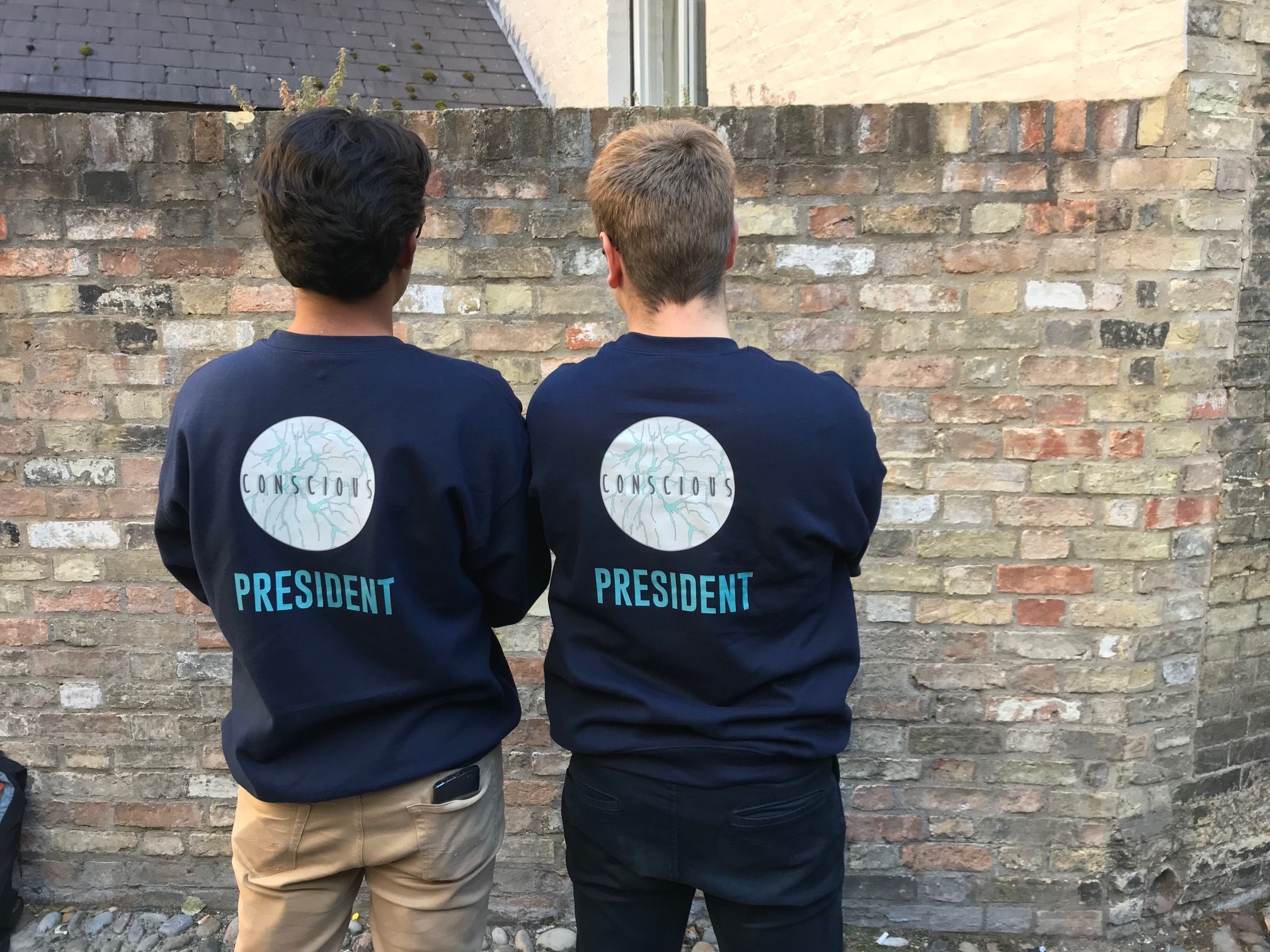