Earlier this week, the press was condemned after misreporting the ongoing decolonisation debate in the English Faculty, and putting Lola Olufemi, the CUSU Women's Officer, on the front page of The Telegraph, under a heading which was later proved to be inaccurate.

Since then, The Telegraph issued a small correction to the story, and the University of Cambridge released a statement correcting the media coverage.

Small victories, hopefully I can get on with my job now. Tune in to women's hour at 10! pic.twitter.com/lOnIZz7RBT

However, for many it was thought that the university was not going far enough. Since then, nearly 100 Cambridge academics have signed the letter to 'offer our solidarity with Lola Olufemi and express our condemnation of the distorted coverage', headed by Dr Nicholas Guyatt, a lecturer and supervisor in American History. 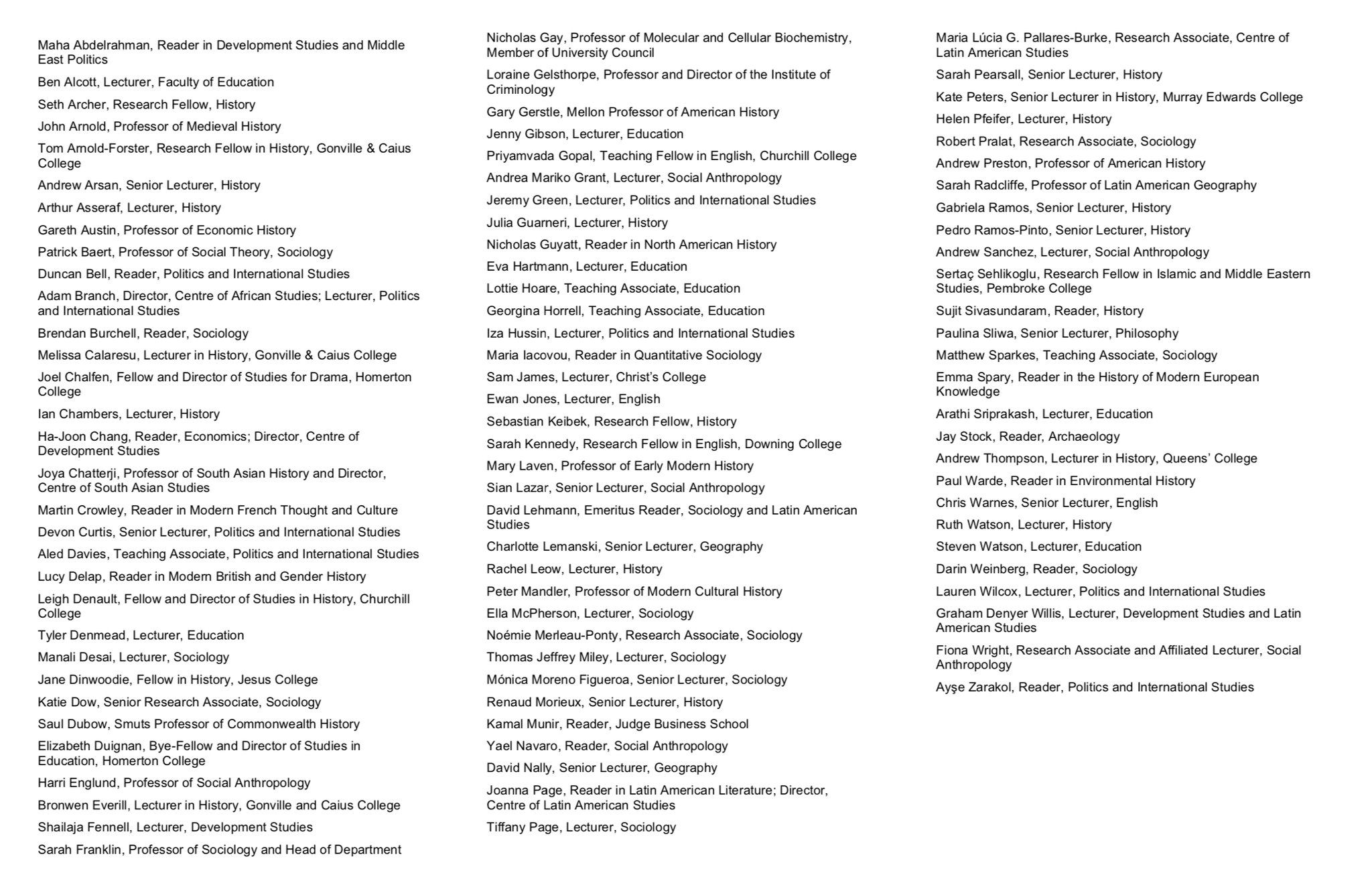 The letter, like the statement released earlier in the week from the University, confirmed that a 'large and diverse' group of people had been looking at decolonising the curriculum, and condemned the presentation of the matter by The Telegraph as 'deliberately misleading and racially inflammatory'.

Lola spoke out about the statement on Twitter, stating that it was important as it shows that 'it isn't just students pushing for decolonised curricula'.

The statement shows that it isn't just students pushing for decolonised curricula, academics want it too & it's a collective task.

Shows of support like this make the institution a less isolating and impenetrable figure. They demonstrate that it belongs to us.

Signatories include the Academic Secretary of the History Faculty, Sarah Pearsall, Joya Chatterji, director of South Asian Studies, Adam Branch, director of African Studies, and Sarah Franklin, Head of the department of sociology.

More academics are continuing to sign the list in solidarity with Olufemi over Twitter, in the hopes that the correct image of decolonisation will be portrayed.