The senior reporter at the Cambridge News received a call on the day that President Kennedy was shot (23rd November 1963) at 6.05pm GMT, from an anonymous caller. The caller kept it brief, imploring the reporter to call the American Embassy in London "for some big news", before hanging up. The President was shot at 12.30pm, in Dallas, Texas – less than half an hour after the call had been made.

This was revealed in a memorandum sent to the Director of the FBI, which was recently released under the John F. Kennedy Assassination Record Collection Act 1992, detailing reports from MI5. The Act has kept such records strictly classified for twenty five years, only to be released in 2017. This particular memo was released by the National Archives in July, but seemingly went under the radar. 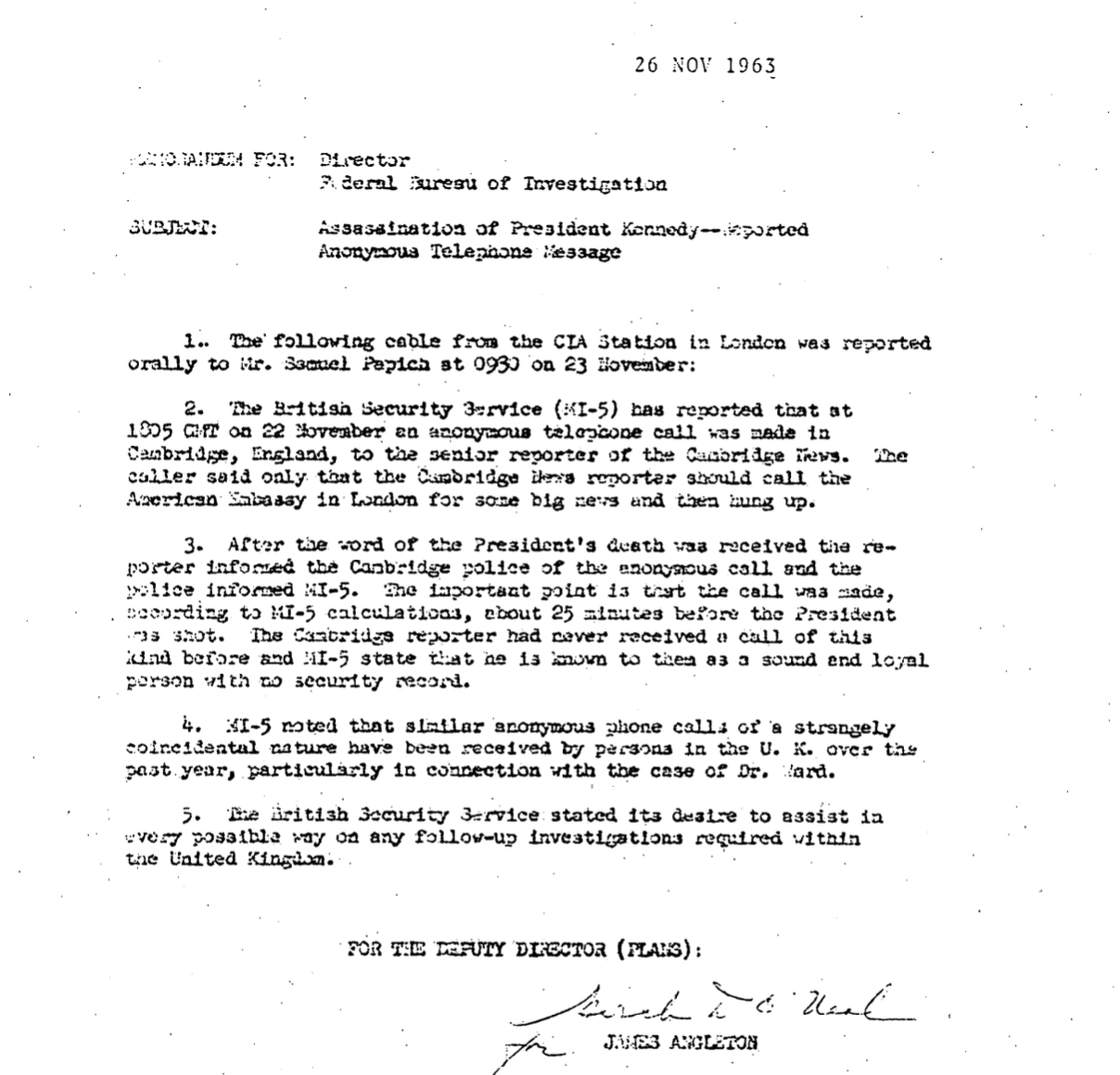 The wording of the memo would also suggest that the anonymous caller was making the call not from the US, but was actually in Cambridge themselves.

The Kennedy assassination shocked the world, and continues to be shrouded in mystery and conspiracy. Such a revelation only serves to contribute even further to suspicions surrounding JFK's premature death. Whilst the supposed connection between the tip-off to the Cambridge News and the assasination might have been coincidental, the timing of the call and its reference to the United States has sparked much interest and speculation.

Scenes in the @CambridgeNewsUK newsroom this morning. We'll get to the bottom of this #jfkdocuments pic.twitter.com/sWx5RNQdNZ

Prof Andrew Preston, a specialist in American foreign policy at Cambridge University has said, “I had not heard about that link with the Cambridge News before. It would be a pretty amazing coincidence."

He continued, “The Cambridge News revelation raises further questions. Even the release of the information, with some being held back for national security reasons, will seem mysterious.”

Don't forget – The Tab also loves mysterious and juicy tip-offs, even if we weren't around in 1962. Whilst your revelation may not quite rival the magnitude of one relating to the most infamous assassination of the twentieth century, don't hesitate to submit it on Tab Tips. You never know!