How To: Survive your end of term DoS meeting

The grande finale of a shitshow you’ve been starring in for the last three terms.

Not to start this article off with a mass generalisation, but you’re reading the Tab which probably means, if you haven’t already fucked your exams, you’re about to.

The reason I know this is because if you have literally no other reason to be reading this article other than the fact that you are bored out of your mind and thus not thinking clearly OR you’ve taken procrastination to its logical extreme (which is essentially the same thing). 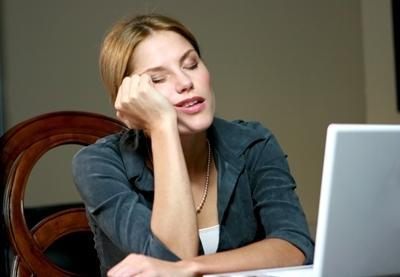 Don’t worry too much about it, I’m the one writing this article, which means that if you’ve just fucked your exams I’ve actually gone out of my own way to host a funeral for mine; employing a choir of field mice to sing “There’s One More Angel in Heaven” from hit- musical Joseph! (lyrics by Tim Rice) before tenderly laying my results to rest with a bouquet of weeds and then fucking off back to my room. Alone. To cry.

My point being, it all could be a lot worse.

But now the time has come, you poor, handsome beast, to face the comeuppance- the deadliest event of May Week this year. No, I don’t mean your first experience with ketamine at King’s Affair. I mean your end of year DoS meeting, the grand finale of a shitshow you’ve been starring in for the last three terms. 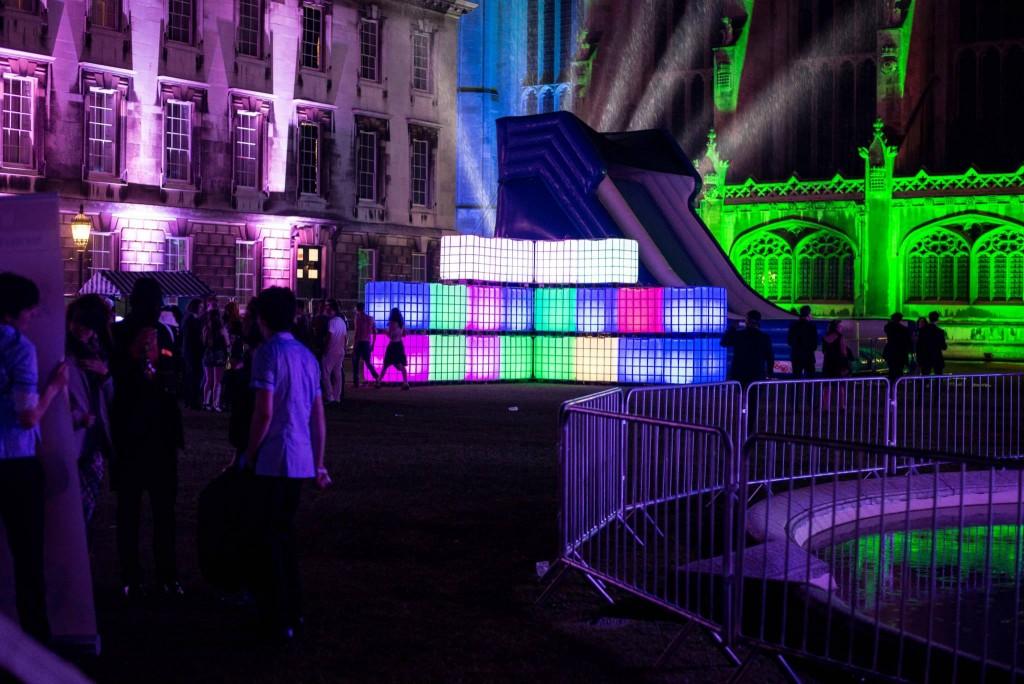 The Tab described the 2014 King's Affair as “brimming with energy in colour", in other words, precisely the opposite of your academic year. Also if anyone's selling a KA ticket, I'm looking xoxoxoxo

You might be thinking, “oi, hang on a minute, this girl’s a fresher, what does she know?” in which case my answer is threefold. First, I’m honestly FLATTERED that you knew who I am and that I’m a fresher, my God you’ve just justified years of arrogance. Secondly, I would like to quote not only William Shakespeare but every generic girl’s Instagram bio ever, “though she be little, she is fierce/ wildly experienced with poor DoS meetings”. My third point is that age is just a number.

I was late to my first ever meeting with my DoS. I was at the fresher’s fair, eating my weight in pizza and signing myself up for a year of spam from the orienteering society. But like Jesus to the tax collector, she forgave me. When I slept through my second meeting with her, she wasn’t as forgiving. A couple of weeks ago I missed a first year historian’s general get together and was told I didn’t deserve to be at Cambridge. So I think it’s fair to say our relationship has had its highs and lows.

So learn from my mistakes. Firstly, don’t be a cunt. Secondly, have a script prepared and a warm smile on your face. I like to think of this academic year a bit like the General Election. In this analogy, I would much rather be Jeremy Corbyn, who everyone laughs at because he’s going to get a 3rd and is a bloody liability, and then pull off a stunning 2.2, than Theresa May, who was going to come top of the tripos by 75 marks but then only revises one thing which doesn’t actually comes up and ends up on the cusp of being kicked out.

Therefore, in your meeting, the line “yes, we’ve still got a long way to go, but that’s because we started off on the back foot due to disorganised academics and this university’s lack of mental health provisions, so actually this is a remarkable success under the circumstances, and I’m ready and prepared to do even better next year” will work better than “I actually think my academic performance this year has been strong and stable. My failure comes from being grievously ill on the day due to buying out the whole of Sainsbury’s Weetabix selection, including the one with chocolate chips.” So my point is, think politician, but not too politician. Wear a suit if it helps. Nod a lot, like Tim Farron at a nodding convention. 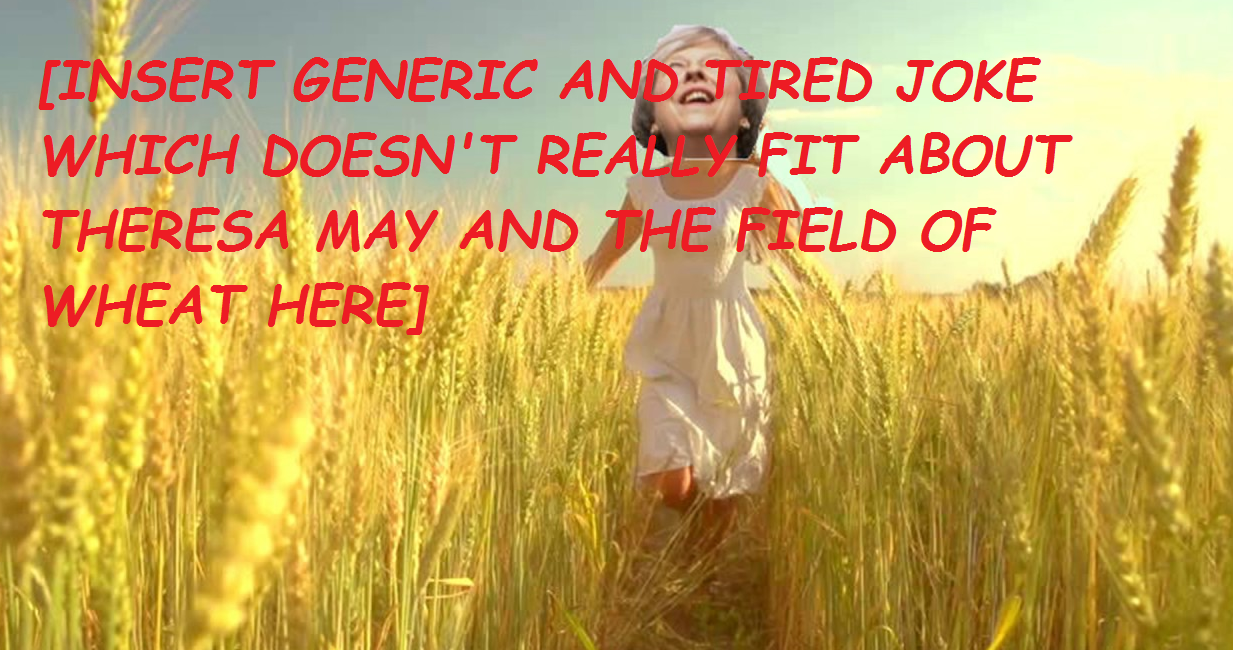 You've been naughty and your DoS knows it, everyone knows it

Have a plan for the summer, and if you don’t have one, stick to this generic plan I've made for you below: 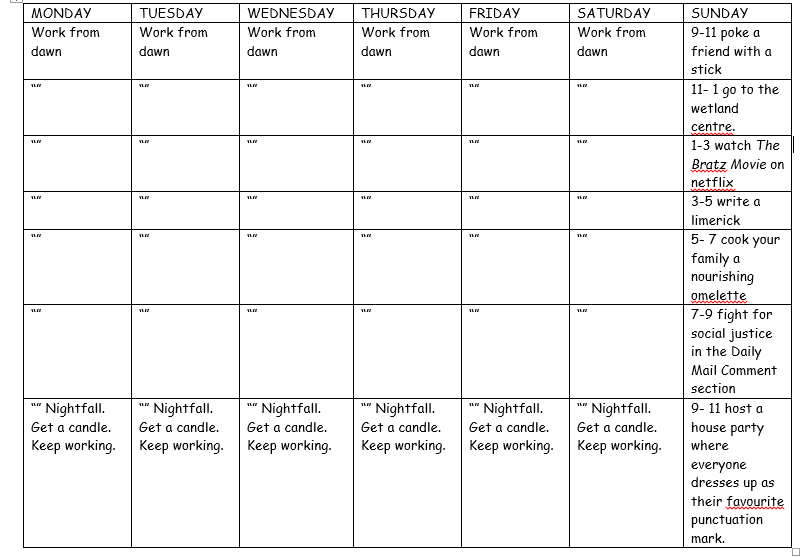 As you can see, you’re working six days a week, but you have a nice break on Sunday. Liaise with other people doing your subject, though, your DoS might smell a fish if you all start doing this. 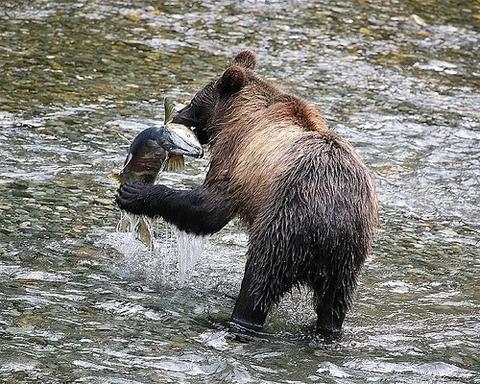 Interpret this however you desire

If all else fails, cry. Remember, academics don’t have souls, and like the Wicked Witch of the West, dissolve if you get water on them. A good sob will make them show you the door for their own safety, as well as yours.

So anyway. Hope this helps. You are so welcome.