Exclusive: Mary Berry on Macaroons, Mel and Sue and why Britain will always bake best

The Tab talks to the certified national treasure

Mary Berry bestrides the culinary world like a colossus. When it comes to the bakery of food icons, Berry is the fourteen tiered wedding cake commissioned by the Royal Family.

She enters the room in a dazzling silver sequinned dress- elegant, radiant and with a calm yet welcoming poise that puts you immediately at ease.

We start things off by asking Mary why she thinks she’s been so successful in the world of cookery and TV. Based on charm alone, it isn’t hard to see why.

“I think because I do recipes that everyone can follow. I am not an academic. I was given advice that all you’ve got to do when you write is to write as your speak…imagine you are in the kitchen with that person and give them clear instructions”

Simple and effective, much like many of the classic Mary Berry recipes that Britons have come to know and love. Asked on her creative process as a recipe maker, the message is clear: accessibility.

“It can be a very long or short process… I have a team of two… we test everything several times and if it’s a classic recipe I will search all the other recipes and use up to date ingredients. Nothing too unusual that people won’t have in their cupboard… I don’t want students like yourselves to have so many things and never use them. Who needs two different types of soy sauce?” 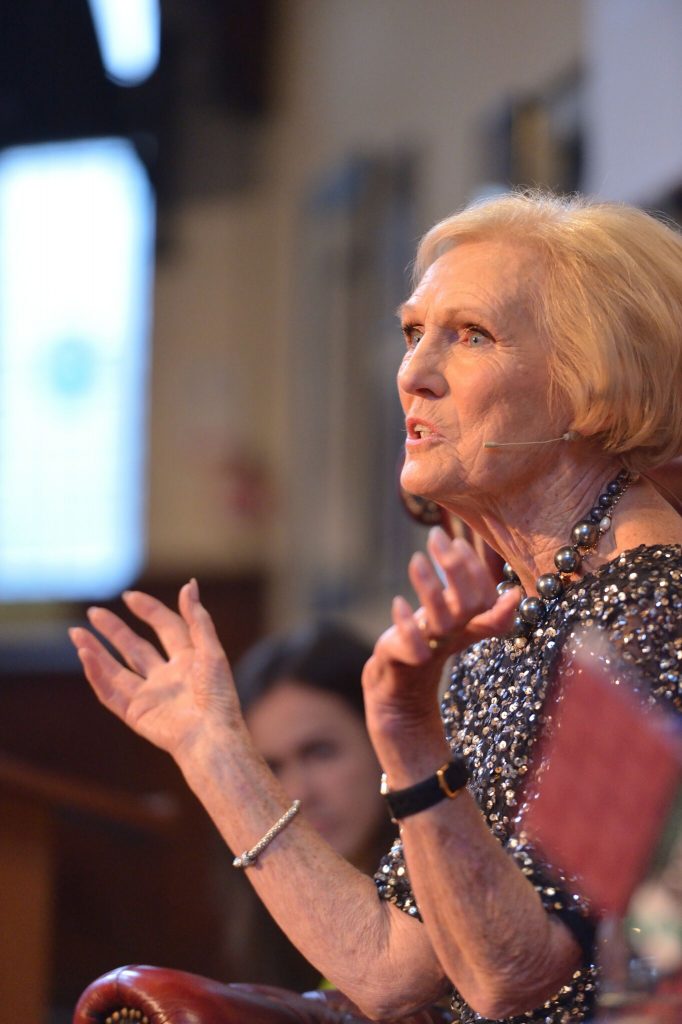 On the subject of student cookery, and on informing her that most Cambridge students are deprived of a decent kitchen set up (most importantly, lacking the all important oven), Mary advised us on the power of the pan.

“You can do an awful lot with a non-stick pan with a lid. A lot of things, like onions, if you fry them they look alright on the outside but they’re still not done in the middle, but if you put the lid on it cooks in steam.”

Turning to things slightly more serious, we ask Berry about the nation’s obesity crisis, something that she evidently cares a lot about.

“It’s very serious. I think we should forget diets, but calorie counts can help. It’s about sensible eating. A little bit of everything… and not being greedy! I’ve never done a recipe with deep fat… I don’t think you need it.”

With Brexit looming in the distance, Mary was quick to remind us of the baking heritage of the British Isles, informing us Britain’s history as a baking nation was unmatched.

“I think it’s top! I do. I think we have so many regional recipes. Some of them don’t travel! But some are very good. But as for patisseries, I think France wins!

In the Union chamber talk turns to the greatest moments of Berry’s illustrious career. It would be hard to pick one for such a decorated woman but in her mind, but meeting the Queen stood out.

“The greatest memory I had was going to the Palace. I had a phone call saying the Queen would like me to go to the Palace for dinner. They gave me a date but I couldn’t make it as I had promised to got to Earnham Hall to give a demonstration… so they came back another date”

“What am I going to wear? I wondered, so I thought I’d get a personal shopper- John Lewis!  I got a dress in the sale for £35.”

“What a pleasure it was to see her… her shoes were oh so comfortable. They looked like they had been padded forever. What a wise lady! I sat next to the Duke [of Edinburgh]. He said he loves to barbeque and needed some advice on stuffing small birds!’ 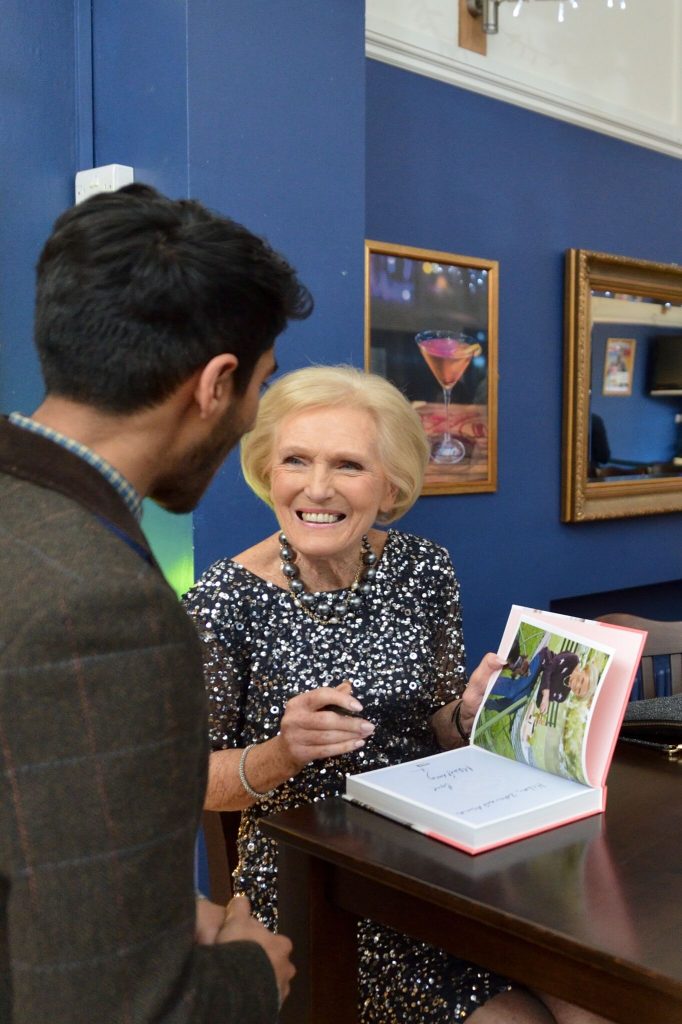 Inevitably, talk turned onto Bake Off, which  to the dismay of many moved from the BBC to Channel Four last year, with Mary, Mel and Sue deciding not to join judge Paul Hollywood on the lineup. Mary Berry confirmed she would be watching, expressing some enthusiasm about the new presenters, although perhaps hinting that it will never be what it was.

“Prue Leith was a perfect choice, I don’t know the other comedians, they are not in my circle. It couldn’t get bigger than it was on the BBC.”

Interestingly, Mary did not rule out future plans with Mel and Sue, the show’s ex-comic double.

We are certainly excited for that. Anything involving the  triumvirate of Mel, Mary and Sue is sure to  please.

We finally decide to put some quick fire questions to Mary, letting the Queen of the Kitchen put to rest some age old culinary debates:

Jam and cream on scones: Which comes first?

“Depends whether your in Devon or Cornwall,” she quips, “but I usually put jam on first and cream on top.”

“I know some people like to dunk them. But I’m not a dunker!”

“If you have very fine china I suggest you put milk in it to save it from cracking… but I believe the correct way is putting the water in first.”

She also has some important words to say about macaroons.

“They are very much the vogue nowadays. I find them very sweet and very pretty but I think we’ve moved on from them now. I have.”

Macaroons may come and go. What is for sure is that Mary, 82, will remain a fixed constant, defining the nation’s tastes for years to come.