A nature-spotting guide to Cambridge tourists

Just in time for Easter term

Ah, the tourist. This species’ ubiquity in Cambridge is similar to that of the mathmo featured in my last article, but be warned – tourists have a much larger propensity to irritate, and close contact may result in a nasty flare-up of suppressed hatred and loathing of other human beings.

First of all, we have the crowds of sixth-form students who descend upon colleges come Michaelmas, their eyes full of wonder and optimism as they take in the view of Trinity’s Great Court or King’s Chapel hungrily. Perhaps you might notice them stealing furtive looks at their classmates (now soon-to-be rivals) as Oxbridge ambition sets in – time to start weeding out the competition. Maybe if you had nothing better to do in the holidays you helped out on an open day and actually fuelled the fire by talking to the crème-de-la-crème of the UK’s private/state schools. ‘I’m thinking of applying for Medicine,’ a sprightly spirit will say. Resist the urge to scream ‘FLY, YOU FOOLS’. 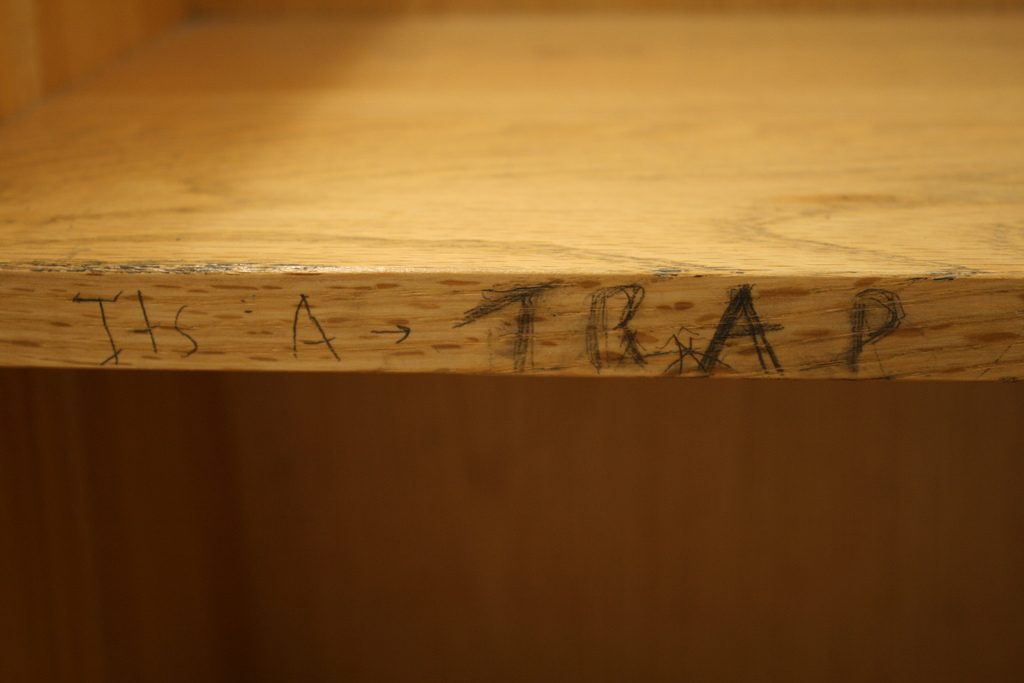 It’s like the TV show Trapped, but you never get past the first floor

If you went to St Paul’s or Westminster, the annual pilgrimage to Oxbridge will be even more rife with tension as people begin to claim ‘their’ college. It pains me to admit that two acquaintances had a brief falling out over both wanting to apply to St John’s (in Oxford – which makes it 10x worse) whilst in Year 8.

However, the most prevalent type of tourist in Cambridge is, of course, the Chinese tourist. Identifying features to look out for are herds of Asians with linked arms, wearing a lurid mishmash of Versace and Givenchy. They will always be led by an alpha male or female, who in turn will carry a flag to herald their invasion of the town centre. Rarely will you spot the Chinese tourist walking alone –if you do see a stray individual strolling around, assume that the unfortunate person in question was probably mercilessly rejected from their group for not sporting a MCM backpack.

For footwear, elderly and young alike prefer to wear excessively bejewelled trainers to suit their long marches around Cambridge, and they will more likely than not accessorise with a £10,000 Nikon around their neck. Be warned – nothing escapes that lens. Alarm bells should ring when you see a Chinese tourist assume ‘the stance’ – and I know you know what I’m talking about. Legs akimbo, camera poised dangerously in your direction, slight bend of the knees and a squat ready to rival a sumo warrior – these are all signs that your personal space is about to be severely breached, and you should exit the vicinity immediately lest you want your image to be part of Mrs Li’s WeChat moments. 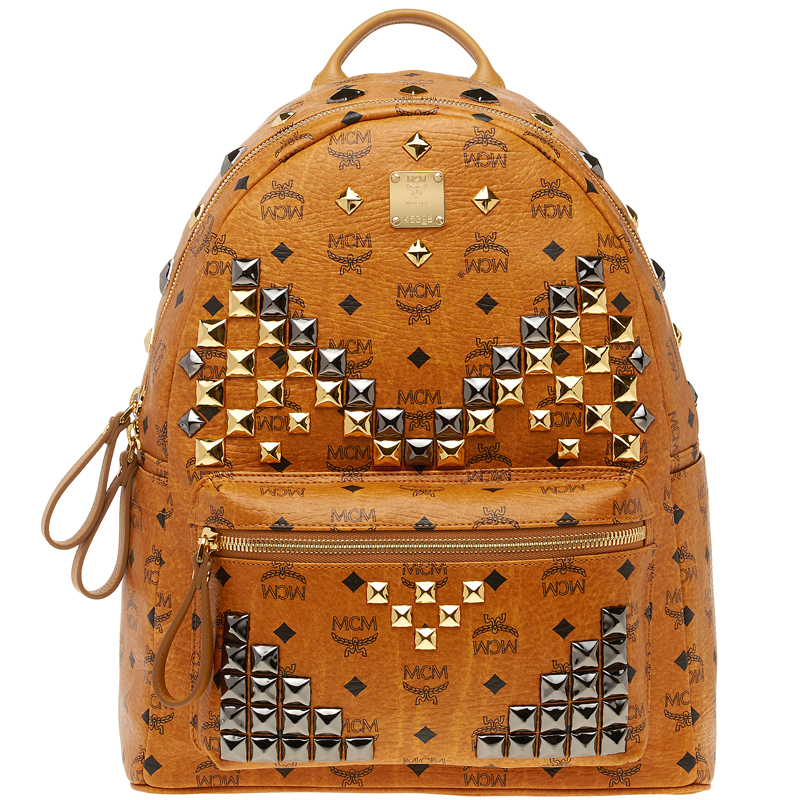 I’m richer than you

You see, we are as much of a fascinating species as they are to us, as I quickly learned on matriculation day when a lady asked me to hold her offspring Lion-King style in the air. Suffice to say that I will have to forever live with the knowledge that on a complete stranger’s iPad, there exists a picture of little fresher me outside the Gate of Honour manhandling a chubby Asian child.

Generally, peak season for the Cambridge tourist is…well, there isn’t really one because they are there All. Year. Round. Much like your DoS’ sadist attitude towards your workload, tourists will prevail come snow and sun, bouncing into Cambridge by the truckload from Queens’ Backs daily. This makes them an exceptionally hardy species – indeed, they seem to have no fear of death as they wander unwittingly into the paths of harried NatScis and medics zooming down Orgasm Bridge. 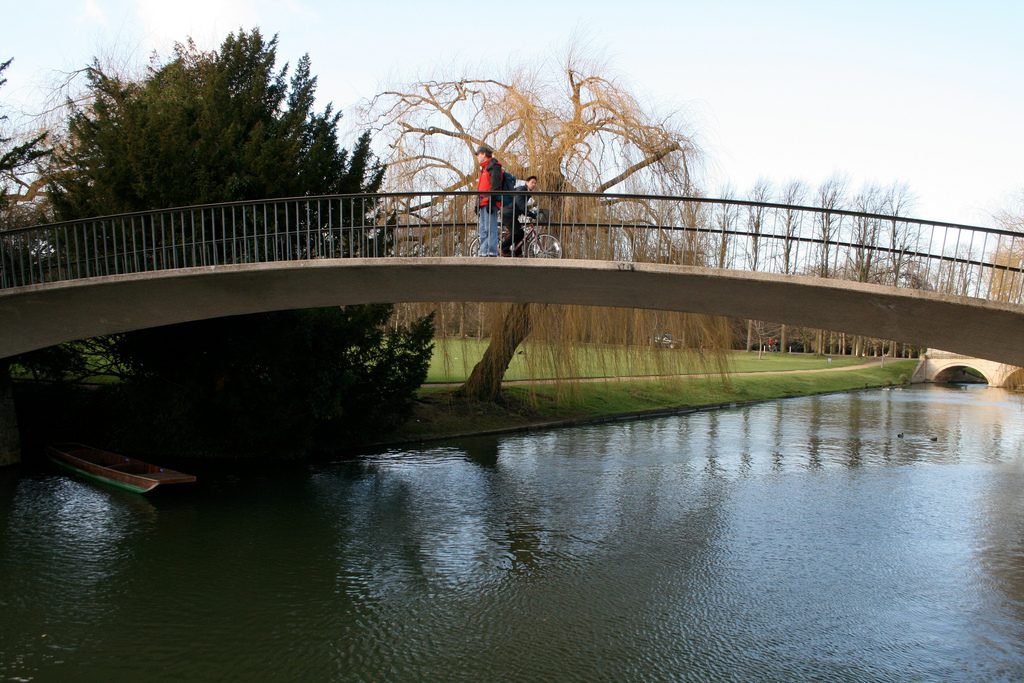 If it’s called Orgasm Bridge because of the thrill of maybe decapitating another human on the other side, then sure.

I recommend building up your thumb strength for frenzied bell-flicking if nihilism has not taken over your life and you still wish to live to see China make up another great hoax like global warming. The ideal course of action is to move permanently at 5mph and be on high alert at all times, because you never know when a tourist will pop out into the road…or indeed, pop into your college bedroom for a good Insta.

Nonetheless, despite our differences, we can learn to live harmoniously alongside our tourist companions. In fact, we can learn from each other – their tenacity in being ever-present and ever-exasperating will undoubtedly serve as a source of inspiration, and they in turn can acquire some useful knowledge from us – namely the fact that Caius, contrary to popular belief, is not a college for ‘disabled students’.

And before people start jumping onto me for being offensive – a) I’m Chinese, and b) you know it’s all true.