The Meme Cult of Donald Trump

How Trump memed himself to power

‘F***. They memed a man into the White House.’ So said one of my American friends on Facebook the day after the results came in.

Truth is, this is perhaps not the worst understanding of Donald Trump’s victory. The man was, I think we can agree, a living meme – outrageous, outspoken and orange. His slogan, perhaps cringe-inducing, was lasting, and thanks to the red hats, ubiquitous. Even his quotes deserve their own pedestal – who could forget the ‘small loan of a million dollars’, or ‘it’s gonna be yuuuge’? Go on to Google and you will see a thousand images of Trump cartoons, often accompanied by a scandalous quote or a savage put down. 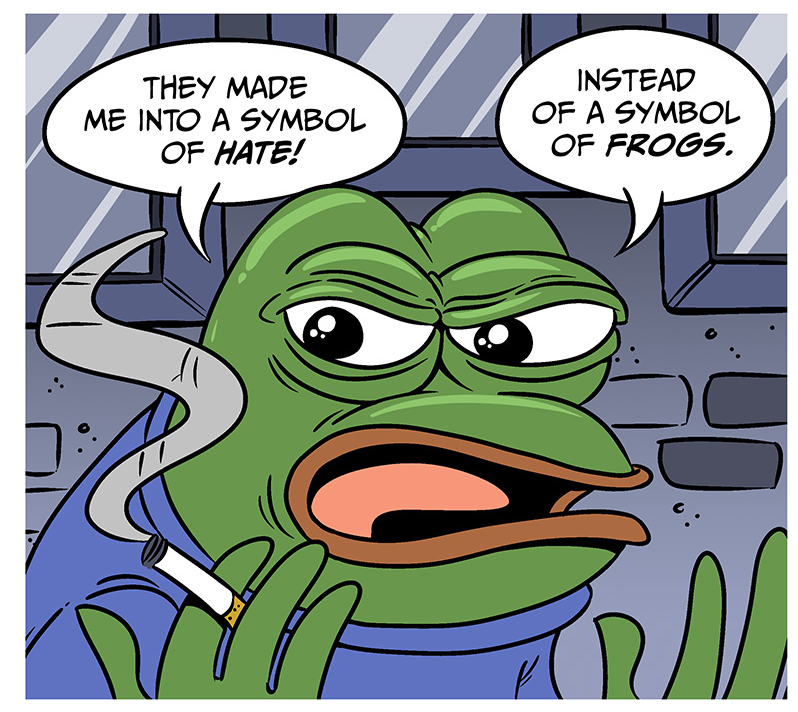 A victim of Trump’s lackeys, now a registered hate symbol

Cartoons and photoshopped pictures alone do not make or break a man. However, they do serve as a form of wider publicity (and as the saying goes, there’s no such thing as bad publicity). They all contributed to the cult of Donald J. Trump. The internet and media thrive off of outrage, the former deigning to comment on and parody particular examples in various formats – memes being one of them (see how hip I’m being?) Trump, by spewing his alarming rhetoric, is well represented in this category.

Why does this discussion matter? Because it reveals the power of the politics of identity and personality. In a country where 55 percent of the population considers keeping up with the news a chore, particularly outrageous news can go a long way to enhancing an individual’s renown. A candidate’s policies may be sound, their arguments logical and well-articulated, but first, the electorate must be introduced to this candidate; the American people must first identify the nominee before his/her policies become relevant.

To reach those who don’t engage in conventional political discussion, or don’t regularly watch the mainstream media, notoriety (which Trump quickly garnered) is a golden ticket to recognition – and, from there, wider popularity. This was combined fairly early on with a rather fanatical internet following – his counterculture platform of internet infamy only increased his reach.

The sheer volume of objectionable material Trump produced created a powerful identity and message; it increased his standing with those members of U.S. society that wished for a charismatic candidate who was not afraid to speak divisively on a number of issues. Once the word was out, interest followed. The more questionable things got, the larger the personality cult of Trump grew, and the greater its power became – to the point where it was able to convince voters that Trump, the billionaire, was anti-establishment. Trump, far from shunning controversy, continued to foster this very personal following with a distinct aura of contention, even tweeting out this video during the Republican primaries:

“The media now hates Trump, after they loved him, and created him. Thank you media.”

When I think of all this, however, I can’t help but wonder – Where was Clinton’s cult of personality? Where was the sea of blue caps? Where were the catchphrases, the slogans? What else was there besides ‘I’m with her’?

“I don’t know who created Pokémon Go, but I want to figure out how to get them [young people] to Pokémon Go to the polls.” – Hillary Clinton, to a Democratic rally in Virginia in July 2016.

Yes, she had the support of Hollywood, and it is certainly true that on social media platforms there was an outpouring of Democratic sentiment. Yet both forms of support weren’t so much pro-Clinton as anti-Trump. One can’t help but think of Robert De Niro’s ‘I’d like to punch him in the face’ comment, or even Youtuber Casey Neistat’s remarks that this election:

“… has very little to do with politics, policy or legislation. This has to do with morals and principles. I’m voting for Hillary because, make no mistake, there is only one person that can defeat Trump.” 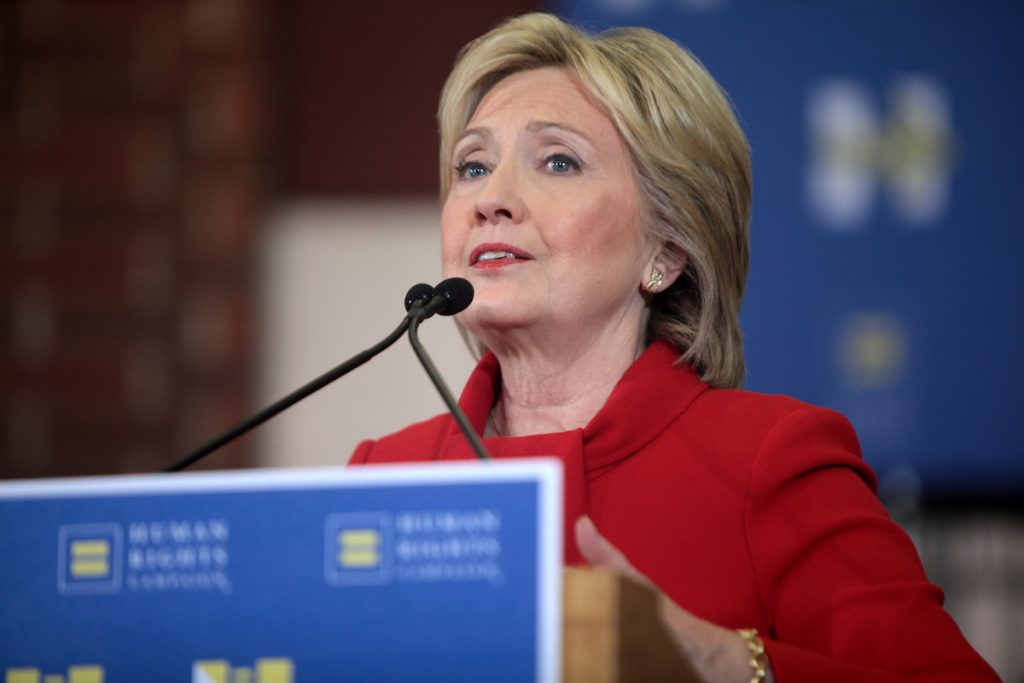 She was embarrassing at times

Arguments for Hillary put forward by celebrities like Beyoncé, Jay Z, Amy Schumer and Lena Dunham also tended to focus on the fact that she would have been the first woman president – a somewhat facile argument given the gravitas of the situation. Reductio ad genitalia…

Perhaps this personality cult of Trump can explain why the Republican vote for 18 – 29 year olds remained at 37 percent from the previous election, despite the great upheaval surrounding their candidate, while the Democrat’s youth vote dropped from 60 percent to 55 percent. Despite the quagmire of controversy surrounding Trump, it appears that it was Clinton who suffered here – especially since there was a similar turnout for both years.

The politics of personality should never be underestimated. It can withstand allegations of sexism, racism and Islamophobia; it can overcome a tidal wave of invectives from both Hollywood and elements of the media; it can even weather the storm of popular condemnation when a candidate makes crass and tasteless remarks. Trump apparently understood this. For all his bluff and bluster, he came to represent something to a lot of people. To them, he was the man of bravado who was prepared to speak openly about immigration, terrorism, foreign policy and the economy. This understanding of Trump is what propelled him forward. People did not vote for the Republican party last Tuesday.

They voted for Donald Trump. His solutions were straightforward – egregiously so – and his message was simple, yet hopeful – make America great again.