Dani Cugini is a reluctant Fan of this spirited but messy Wilde rendition.

The Howard Theatre at Downing College is a hidden gem in Cambridge theatre; decidedly more snazzy than the usual student theatre, smallish and elegant with stalls and a downstairs lounge, the building itself has a similar feel to Wilde’s aristocratic satires. As you enter the actual theatre, the set is decked out with typically rich furniture and classical music wafts past the stage. So far, so good.

The play itself is a quick-moving, witty comedy that sinks its teeth into society’s morals and refuses to let go. Lady Windermere (Chloe Booyens) is hosting her coming-of-age ball; through smarmy, flirtatious Lord Darlington (Leo Benedict) and hilarious gossip the Duchess of Berwick (Yasmin Watson), she learns that her husband, Lord Windermere (Jonathan Ben-Shaul), has paid repeated visits to another woman – the mysterious Mrs Erlynne (Helen Vella Taylor) – and is the subject of much gossip in London about it, particularly since he’s likely giving her money. When the woman herself shows up at Lady Windermere’s ball, what follows is a tale of betrayal, misconceptions, fans, cigars, and what it really means to be a ‘good man’ or a ‘bad woman.’ 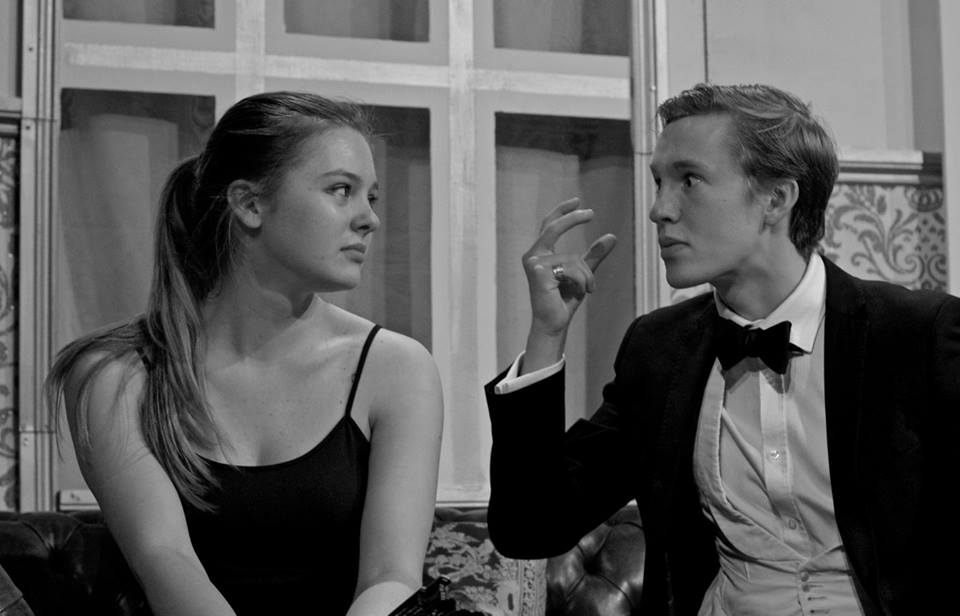 “The fish was thiiis big.” Chloe Booyens as Lady Windermere and Leo Benedict as Lord Darlington.

I’ll start with the good, and the heart of the show is good. Booyens and Ben-Shaul are magnetic as the Windermeres, both sweet without being cloying, and genuinely sympathetic, conflicted characters; Ben-Shaul in particular fits his role like a glove, able to raise a laugh with only an anguished facial expression. Taylor as Mrs Erlynne hits the right balance for the play’s most complex figure, able to don a flirtatious mask with ease and catch the flavour of both Erlynne’s caring and callous sides. Watson’s delightfully hammed-up Duchess of Berwick, particularly in conjunction with slow-witted daughter Agatha (Hollie Witton) provides the most laughs of the play, though Leo Benedict’s mischievous charmer Lord Darlington is also a good source of mirth (albeit more convincing as charmer than lovesick reformer).

The main problem, however, is that the execution of the play is shoddy. It’s a simple lack-of-rehearsal problem, probably due to it being exam term (which is understandable) and which will hopefully be mitigated in the following two performances. The occasional line drop and missed cue is to be expected in any show, but here it was near-constant; muddled words – and sometimes restarting an entire line when it would have been less obvious if they’d just continued; forgetting lines; repeating lines; repeating a speech from earlier in the play; an awkward 15-second pause where nobody on stage remembered who was next to speak…it was teeth-grindingly irritating and it really impacts on your enjoyment of the play when it’s happening so often. 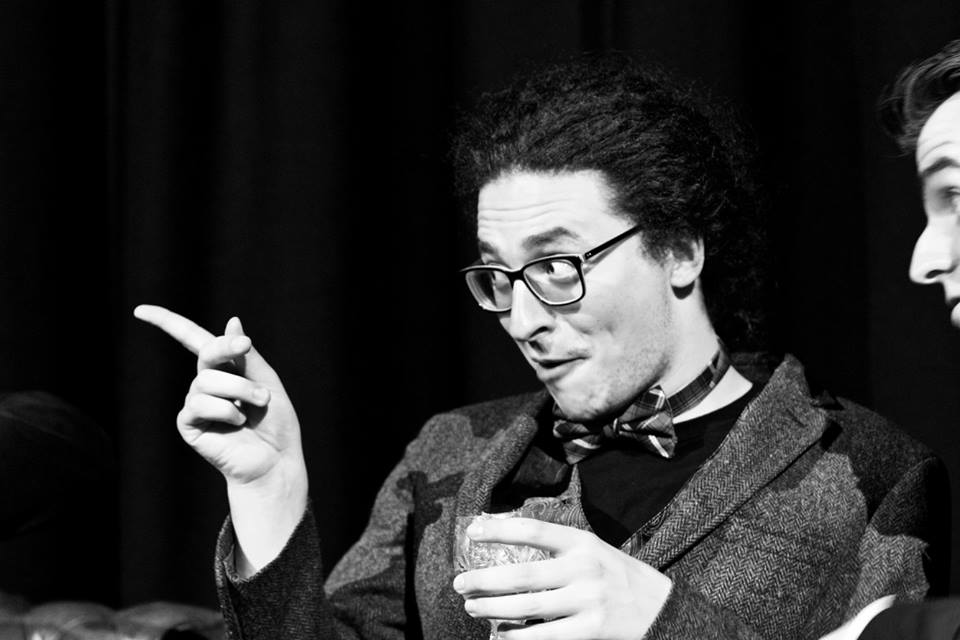 As for the lines that were remembered, some members of the cast seemed uncomfortable with their delivery and fluffed great lines, either through being too fast or wrongly pitched. Side characters like Cecil Graham (Nick Hendy) and Mr Dumby (Mathieu Delaveau) took a while to find their place in the action, though this unsurety worked itself out over the course of the play.

This is not the case all the time or with all the cast, however, and Lady Windermere’s Fan is unambiguously enjoyable; at its worst it’s clunky and amateurish, at its best it’s bright and wonderfully funny, and it usually falls somewhere in between.

To paraphrase Lord Darlington: Downing Dramatic Society’s latest offer is in the gutter, but it’s looking at the stars.