Some names have been changed in order to protect the anonymity of the persons involved.

For the past two and a half years since I started at Cambridge, my relationship with the Christian Union has gradually soured. At least three times a week I meet someone else who is disillusioned by CICCU, often with a horror story to match their feelings of revulsion. CICCU is scarring people and it needs to stop. 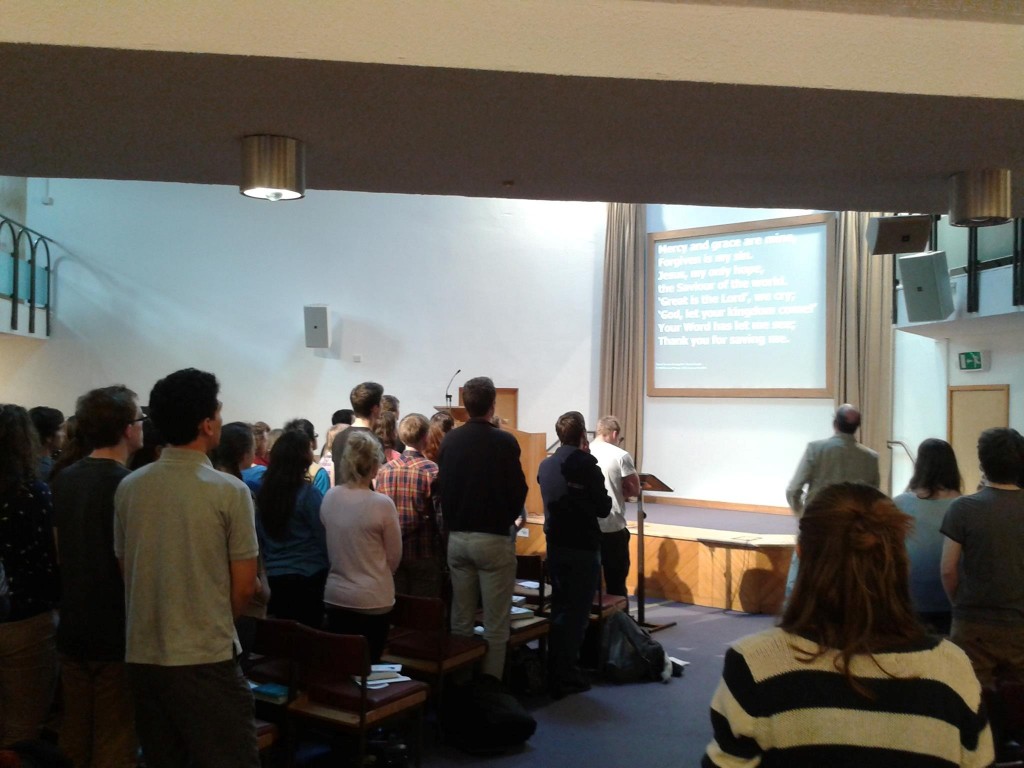 Their dogmatism has left too many vulnerable students feeling worthless and persecuted.

CICCU is openly transphobic. Rob, who was the trans representative on the CUSU LGBT+ committee last year, said he’d been accused of leading an “alternative lifestyle” by someone heavily involved in CICCU.

He said: “My overwhelming feeling towards CICCU is one of sadness… I truly believe they have the best of intentions. Yet their dogmatism, blindly passed down through generations, causes so much harm. They want to give easy, straightforward answers to convince their friends of their need for Christ. In doing so, they shrink our magnificent, glorious, mysterious God, a God who is bigger and more diverse and more loving and more fearsome than any of us can imagine… Condemnation of queerness is part of this narrow black-and-white view of God and what He wants for His people. Who can know the mind of God? Rather than pronouncing what we assume to be His judgement, shouldn’t we invite everyone and anyone in to marvel with us at His wondrousness?”

I, too, have sat across from CICCU members who I had believed to be friends, only to have deeply hurtful and queerphobic things said to me. Perhaps the worst thing about it is that it is always couched in a tone of condescending love and of pity.

This experience is not unusual, nor is this abuse directed exclusively towards LGBTQIA+ identifying students. Claire has suffered at the hands of Evangelical Christians, including many from CICCU, who urged her to break up with her non-Christian partner. The issue is very personal and has caused deep pain to people who really do not deserve it. There was a Tab article about this happening at STAG several years ago, but nothing much has changed since.

It is not only on the topic of relationships that CICCU propounds a dangerous and toxic message. Its stance of literalist – and frankly questionable – theology very nearly had me converted from Christianity in my second year. Perhaps part of the problem is the way the Union, despite being Evangelical, presumes to represent all Christians. And any who would take a different line of belief are considered “not real Christians”. 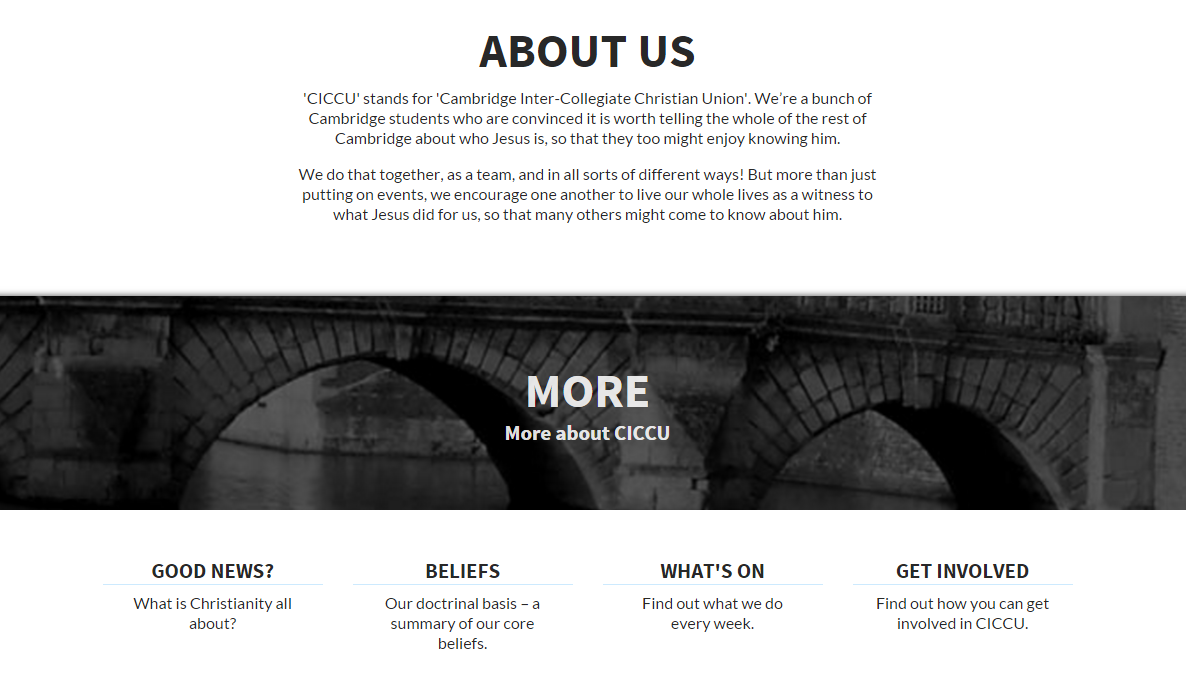 For a long time, I felt lost. My faith had always been an anchor, but CICCU made me feel that my faith was worthless if it wasn’t like theirs. On top of this, I didn’t feel that I could speak out because it might damage the abstract ideal of ‘Christian Unity’. It wasn’t until earlier this year whilst talking to a friend that the question was posed: “Is Christian unity worth this?”

I found myself answering with a resounding no.

My experiences with CICCU as an LGBT+ student aside, there were several other horrific incidences with them which left me too upset to speak about them for a while. In my first year, I went to my college Christian Union representative to ask her to pray for my dad who had been diagnosed with terminal cancer. I was told that he would not be saved because he wasn’t Christian, and that maybe Jesus was present in the situation because I could help convert my dad before it was “too late”. The implication was, of course, that if I failed, my dad would spend eternity in Hell. 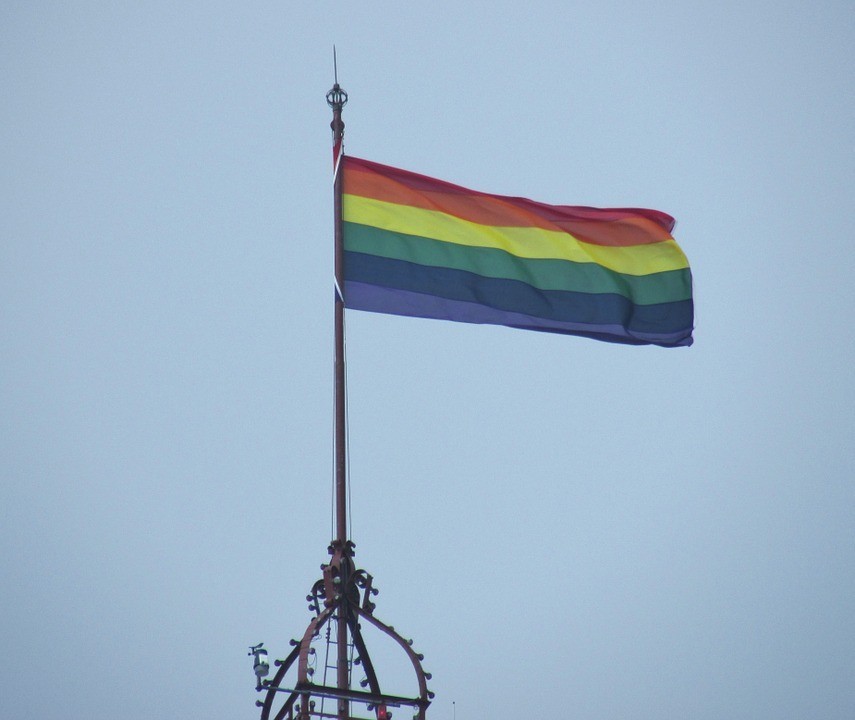 Cambridge is home to a thriving gay community. They should never be denied faith.

Perhaps this conversation was still playing on my mind a year later, when the Christian Union organised a meeting on Hell, and I got so angry that I had trouble stemming the tears and stormed out. It was this which led me to organise a meeting with the college’s representative for that year. I had hopes that if I simply explained how CICCU seemed to be focussing on a very literalist, fundamentalist brand of Christianity, they would widen their approach. I was naïve. I was wrong. And so I left CICCU behind.

It has been a year since I walked away from the Christian Union, and I am now able to look back and speak out. CICCU may have caused terrible hurt, but hope is on the horizon. My friend, who is part of the CICCU committee, has actively engaged with the LGBT+ Christian prayer group, Centurion, to organise a joint meeting. She has also apologised to me on CICCU’s behalf. Whilst “sorry” cannot make everything better, it certainly goes a long way in the healing process. CICCU as an institution may still be toxic, fundamentalist, and damaging, but certain members are taking steps in the right direction.

As for me, since leaving the CICCU circle, I have found new strength, and new faith. Last year, I began to attend Centurion, where I have found God in every single person to walk through those doors. I have been deeply surprised and inspired by their capacity to forgive CICCU members and other Evangelicals who have caused them pain. And I have learned that we are not simply cast-offs – broken versions of straight people. We deserve to love and be loved, whatever form that love takes.

I am no longer afraid to speak out.

And I am no longer afraid to be angry.

Statement from CICCU: “The CICCU Committee would like to say that we are deeply, deeply sorry that things our members have said have been hurtful to our fellow Christians. We absolutely condemn any targeting of individuals due to their sexuality, and both as an organisation and as individuals we actively seek to avoid having conversations which are hurtful and damaging. For a fuller response, please see this article.”