BREAKING: Electricity fault at Spoons as emergency services called to the Regal

Emergency services were called to The Regal Wetherspoons earlier today after reports of an electrical fault in the basement.

The Regal was evacuated this afternoon after Cambridge fire crews and police were alerted to smoke emerging from the basement. They were contacted at 3.59 pm.

Two engines were immediately sent to the scene, followed by a further third vehicle shortly afterwards. Police were also called to “go along to help with traffic control” according to a spokesperson for the force.

Staff of the Picturehouse cinema above were also evacuated, and allowed back into the building at 4.50 pm. 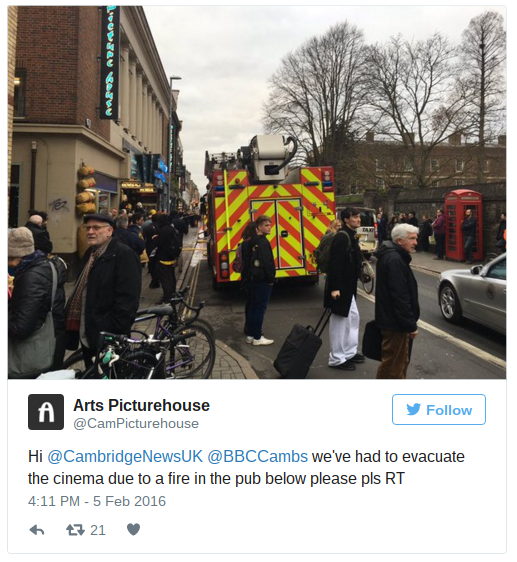 Panic at the disco

The police were forced to close the road and divert traffic.

They're not letting cyclists through now and there's a smokey smell on the street… pic.twitter.com/spjCiHksdl