Mark Danciger is thrilled by this exciting new circus production

Circus shows only come around once in a blue moon in Cambridge.

Circus shows as original, diverse and entertaining as Alice, a new retelling of Lewis Carroll’s psychedelic fairytale, are even harder to come by. It is not surprising, then, that the show has already sold out its entire run. For those of you who won’t be able to track down a ticket before it closes, allow me to summarise my thought process during the show:

00:00 – Tasteful, cinematic opening, using projection and shadow puppetry to set out the backstory of Alice in Wonderland.

05:30 – The choreography is outstanding – the director (Joanna Vymeris) has done an excellent job co-ordinating so many people with such a fluid rhythm. 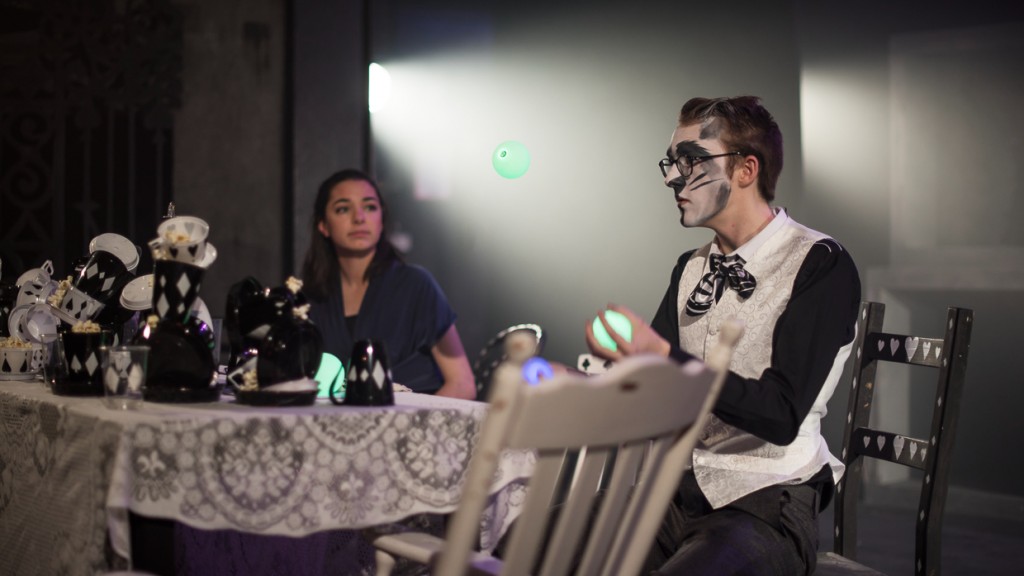 Three balls are better than one. (Photo credit: Johannes Hjorth)

07:00 – Alice (Vinciane Jones) is a truly elegant ballet dancer – she draws your eye, wherever she is on stage.

10:00 – Good use of music – the mix of contemporary and classical music is subtle, but also quite powerful.

18:00 – The aerial hoop act is absolutely spectacular. A well-deserved first round of applause of the night.

22:00 – Transitions out of some of the aerial acts are a bit clunky due to complex technical aspects, but they are well masked by interesting performances elsewhere on stage. 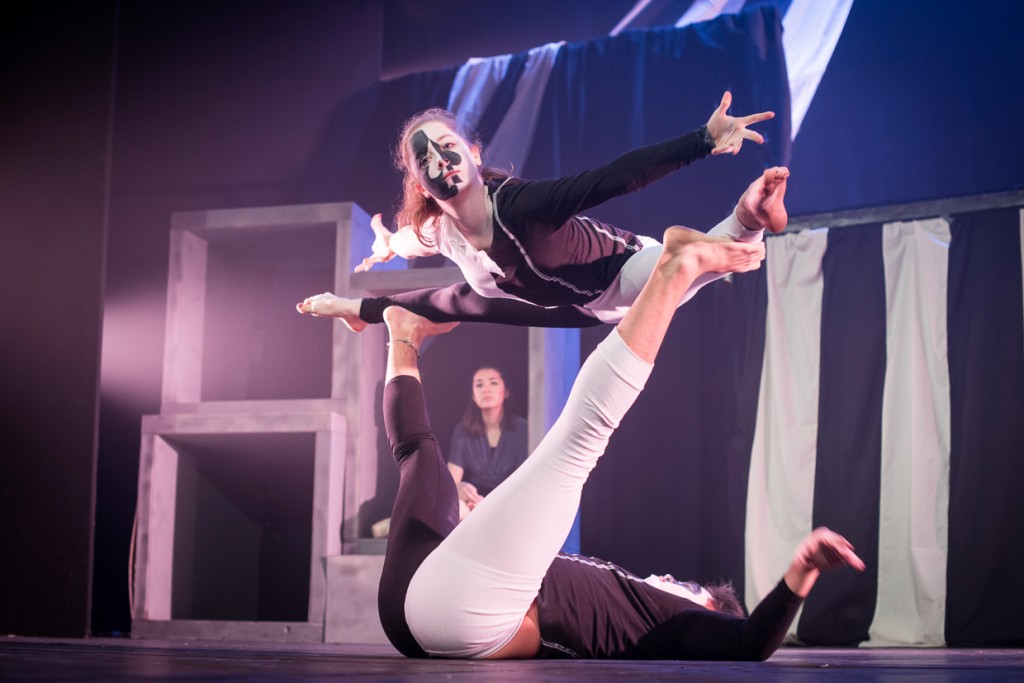 Nothing to it, really – hold my beer. (Photo credit: Johannes Hjorth)

25:00 – The Caterpillar (Kalvin Dinh) is hilarious – he has a great stage presence.

35:00 – More outstanding aerial work, this time courtesy of the Cheshire Cat (Will Duncan) on a trapeze. It’s astonishing that he hasn’t broken all of his bones in rehearsals. 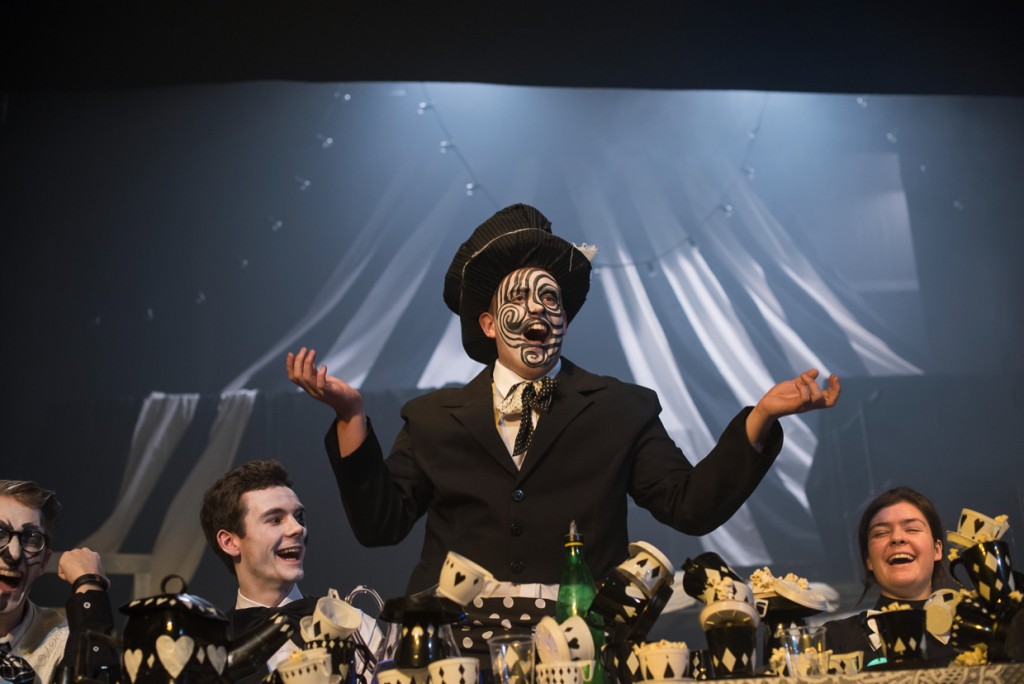 42:00 – I can’t stop laughing at the Mad Hatter. Though the gymnasts and dancers deserve enormous credit for their work, Fearn’s acting is by far the most convincing of the ensemble.

44:00 – The juggling is extremely impressive. Even the occasional dropped ball is ignored by an audience enraptured by the performance. 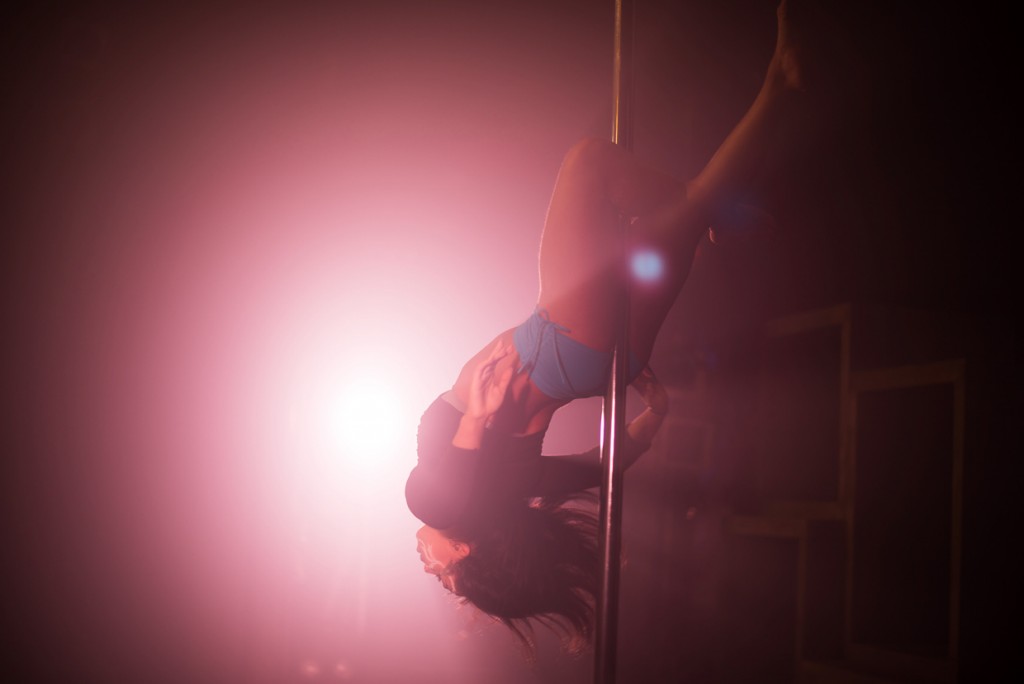 55:00 – Strange use of projection here. It’s clunky and I’m not sure that it adds anything to the show.

60:00 – Alice’s encounter with the Queen of Hearts (Connie Krarup) whizzes by – the Queen’s exuberant acting blends well with the backing dancing and acrobatics.

70:00 – Rapturous applause from the audience. Never has it been so well deserved.

Those of you who have already got a ticket are very lucky indeed. You’ll be sure to enjoy a unique, varied and compelling production.

(You can see more of Johannes’ photos here.)