Why I hate Cambridge tourism

Sure they bring in money, but at what cost?

The other day I was walking over the Magdalene Bridge. It was one of those particularly sunny days when the entire town centre is dense with tour groups and tourists with oversized tripods and expensive cameras.

As I passed Café Rouge, a selfie-stick swung (with considerable force) directly into my face. I wasn’t entirely sure how one reacts to a selfie-stick attack, but I settled on just glaring at the totally unapologetic, hollow eyed gentleman wearing ¾ length shorts and a boonie-hat. 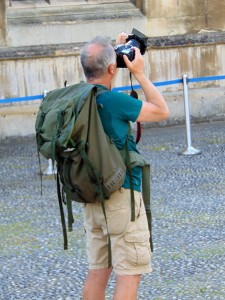 Whenever you complain about tourists you are showered with accusations of either being hypocritical or blind to how much tourists contribute to the economy.

And yes they certainly have a point. While they can be annoying, they do spent a lot of money. In 2010, tourism produced just under £400 million in revenue. That is a huge injection into the Cambridge economy.

However, only just under 15% of Cambridge’s population actually work in or around tourism (around 10,000 people). For a city that often gets over 4 million visitors year – a city where the entire centre revolves around tourism – proportionally, that doesn’t seem to be a huge number of workers. 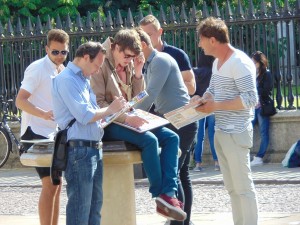 “NO I’M NOT PUNTING TODAY I HAVE AN EXAM”

You also have to ask the question how much of that money does actually filter down into the general population. According to statistics published by Cambridge News, 1/5 of households in the city have annual earnings of £19,169 or less. Roughly 12% of the city’s population live in poverty.

So while that £400 mil is entering into the economy, it is clearly pooling with the business owners and their landlords – mostly Cambridge Colleges in the city centre. While on paper the economy is very strong, the general population still struggles.

This tourism-oriented approach, coupled with high rents, has made the cost of living in the centre notoriously high. Shops mark up prices; only expensive boutiques and large chains exist within the “historic” centre, partly to pay rent, partly to pray on currency confused tourists. 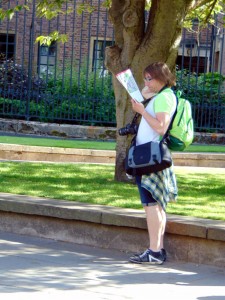 “Is this the way to Amarillo”

As a result, Boots is the only pharmacy in the centre, so their prescription desk is overrun most days. There are no corner shops before the Magdalene bridge, so shoppers are forced to go to a supermarket. Many of the independent shops or smaller chains just use the ‘national treasure’ tourist trap to sell.

The cost of property has displaced the general population out of the city centre and either into the suburbs or away from the city altogether. According to the Guardian, the average price of a Cambridge home is around £350,000 – way above the national average.

This is largely because of the colleges who bump up rent to fund education, scholarships and wine cellars. It’s also because of the “town and gown” mythology increasingly pumped into property markets – the same mythology exploited by many Cambridge shops. 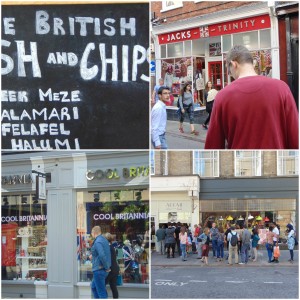 Numbero.com reports Cambridge to be the 7th most expensive city in the world for basic services. For students who aren’t allowed to work, this makes budgeting particularly difficult.

For the general population, it means that 7,200 households have to live in social housing. There are around 2,300 households on the city council’s housing register wanting accommodation.

There is nothing wrong with tourism. It is a wonderful means for people to engage in and understand rich cultural heritages. It helps to bring together cultures and build respect between different ways of thinking and living. It contributes to economic growth, and can be highly beneficial to a city’s overall development.

However in the case of Cambridge, the massive scale of tourism is both a cause and symptom of pervasive structural inequalities. Unbridled rent and soaring commodity prices make Cambridge increasingly a town for the rich and the tourists. 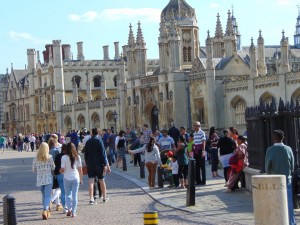 It has become as much, if not more a tourist town than a student town. The council has been enticed by the surface revenue while the university has exploited its cultural heritage to turn Cambridge into a caricature of itself.

Tourists are no longer exploring a culture – they are being put through a profit sausage-machine, coming out the other end with a metal London bus and photograph on the King’s Parade, all at the expense of the real people of Cambridge who are slowly but surely losing their town to selfie-sticks.

It’s also annoying when they walk out into the middle of the road when I’m cycling… Please stop it.

See you all next term. Benda out.