BETH SWORDS is over-awed by the intricacy of Sidney Sussex May Ball.

Oh my goodness. Sidney Sussex May Ball had everything. It was lavish, it was varied but it was also really well thought-through and quite clever.

Trinity May Ball was said not to be perfect, “but the best things never are”. Sidney Sussex May Ball did a lot to undermine this.

First and foremost, let’s start with the drinks. Being greeted by champagne of superlative quality has become the norm – something Sidney easily lived up to. The star of the show, though, was the cocktail bar provided by Cocktail Box. These continued for the majority of the night and were of consistent strength, quality and exoticism. Despite being the most popular bar in the whole ball, two shakes of a lamb’s tail and you were at the front. On top of that, the alcoholic shakes were novel and the apple and elderflower gin concoction was a dream in liquid form. 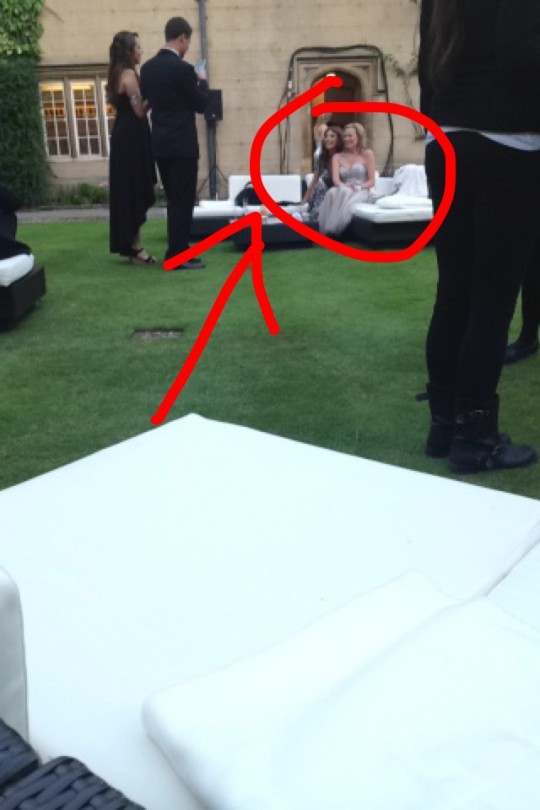 A ball with Carol Vorderman will always be a winner

The music was where Sidney excelled. My main concern going into the ball was the prevalence of house music (#mayweekproblems). Now, although I am partial to a good bit of house every now and again, in 9 hours of a ball, your mood comes and goes and dancing solidly is never gonna happen. I was pleasantly surprised, however. Most people seek out the headliner to gauge an idea of the success of a ball’s ents. Although Gilles Peterson’s DJ set was glorious, the real success was in the overall ambiance. Moving from Dios Mio to Afriquoi to Horse Meat Disco created a brilliantly energetic vibe throughout. There was one small crisis with Lorelai missing an amp but because there were so many other acts performing, this had little impress.

And then there were the ents. Goodness me, the Laser Tag generated enough endorphins to last the night, the Mini-Golf amidst the flowerbeds was a nice moment of pause, the UV Ping Pong was really very novel, and the Ball Pit, although impractical, was brilliantly random and nostalgic. Although a few cocktails later, we probably were a nicely gullible audience for Matthew le Mottee the magician, he was quite overwhelming. If you ask me, these ents catered for both the athletic and the idle. A wonderful marriage between the active and atmospheric. 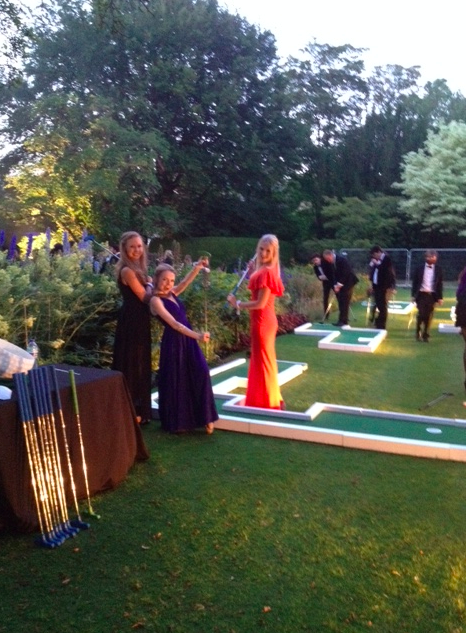 Some guests looking glam by the golf

The food was great. You had your usual hog, burgers and breakfast buns but you also had paella with meat of the utmost quality, curry, fajitas and falafels. There was never a moment where no food was on offer. The queues were minimal. I overheard one individual in a queue of four saying that was the biggest queue she had encountered all evening. There were some complaints about the queues to enter the ball but the small queues on the inside made up for this.

The layout of Sidney was perfect for a ball. It felt sufficiently large to absorb a lot of people, reduce queues and provide varied attractions but it was sufficiently small so that the panic you were missing out and the pressure to be constantly on the move never set in.

This was a high-tech ball. Kudos to the ticketing officer who created their very own Sidney Sussex May Ball app. This was an interactive programme and kept you in touch with upcoming acts. Accompanied by a chunky wristband that emitted light in time with the music, the technical aspect of this ball was superb. This meant that Sidney was not just a smaller version of your big extravaganzas at Johns or Trinity. It had its own thing going on. Just brilliant. 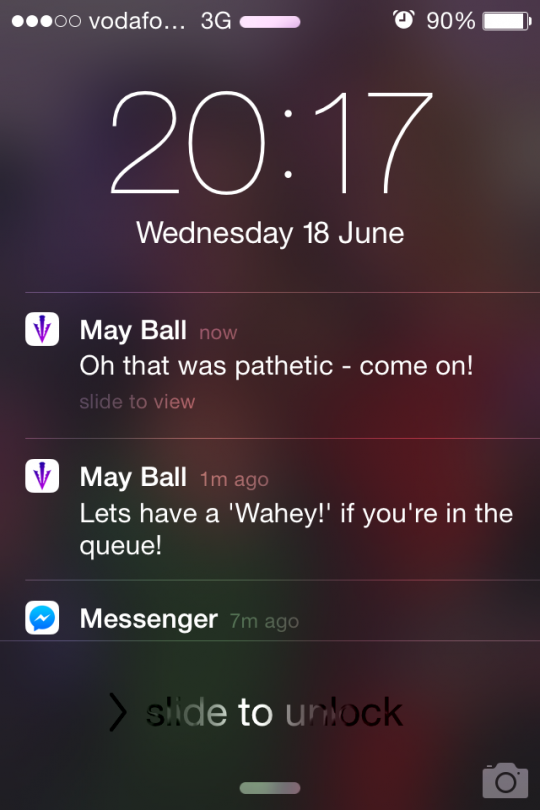 Superb banter on the SSMB app

Any May Ball with Carol Vorderman, camembert (something Johns lacked) and mojitos in ice-lolly form, is a winner in my books.

Sorry, I’m gushing. Seriously, though, it was cracking.