It’s all over folks. After the controlled explosion, it turns out nothing suspicious was found.

Here’s a pic of the robot in the process of fishing into the bin: 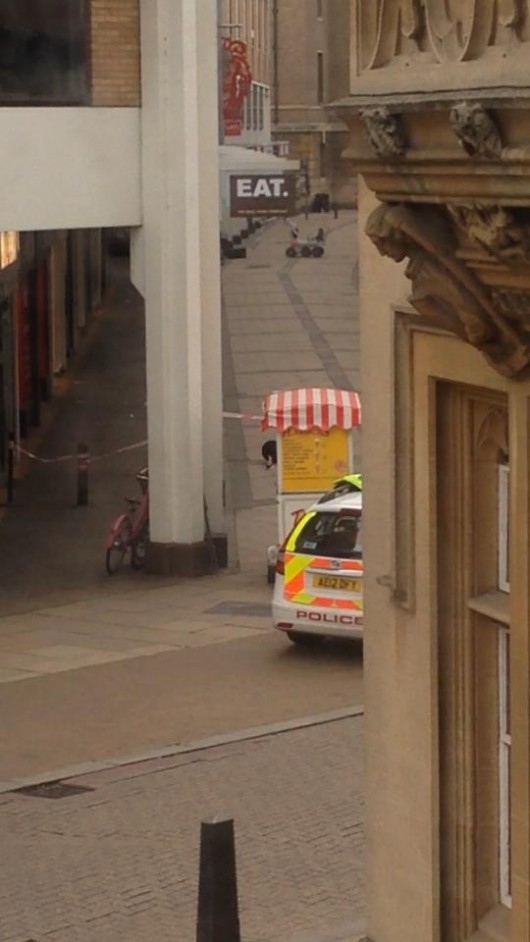 UPDATE: It appears as if the bomb disposal robot might have broken down. We’re trying to confirm. 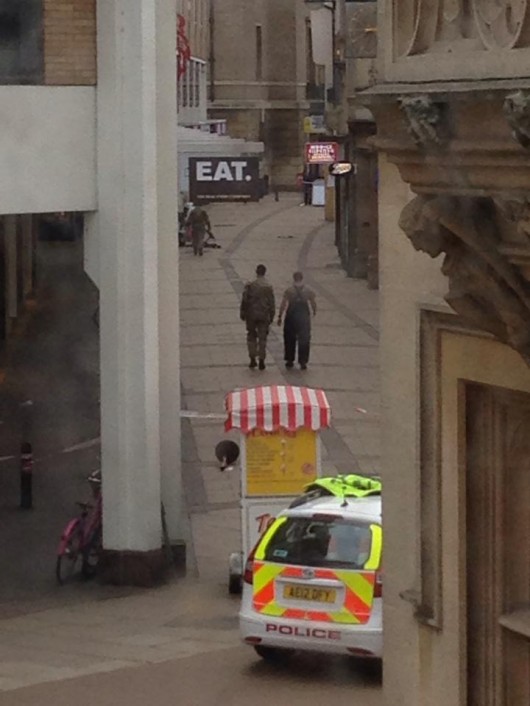 A bomb scare in Lion Yard has resulted in two controlled explosions.

In the centre of town, near Boots, emergency services are highly visible this afternoon as a police cordon created a wider and wider perimeter around the area. Though the police perimeter originally cut the shopping centre in half, all shops have now been closed and the shopping centre evacuated. 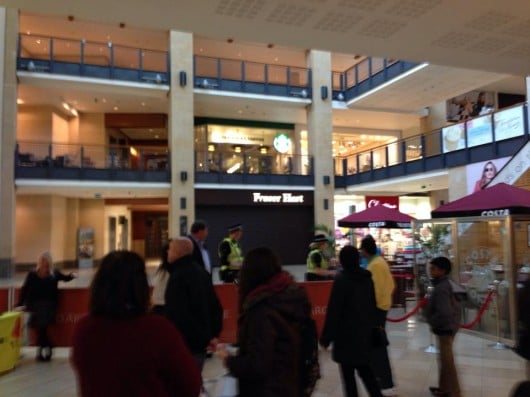 The police line inside of the Grand Arcade

Whilst Market Square is still accessible and it appears that all central colleges are still accessible the cordon extends from Petty Curry lane, through to Hobson Street and around Lion Yard. 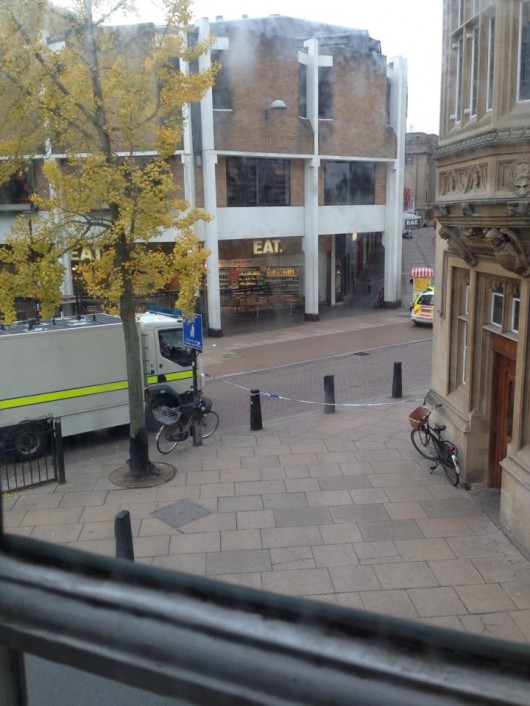 A bomb disposal robot was deployed from the back of a police car and two controlled explosions took place the first at 3:32 and the second less than a minute later.

A bystander was heard screaming “It was real!” 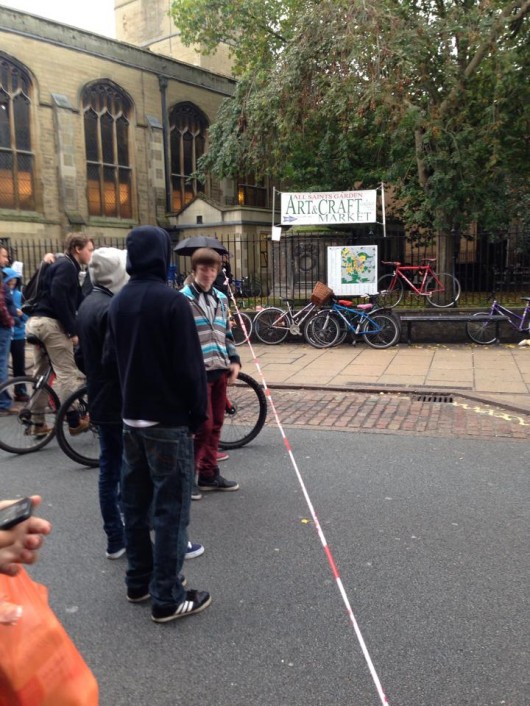 The cordon now extends to outside the All Saints’ Church

The bomb disposal robot is, this second, dealing with a suspicious package. Police on the scene described the threat as a suspicious bag inside of a bin. It’s believed the bag was discovered around 12:45.

A video of the bomb disposal robot in action

A spokesman for the ambulance service said: “Police are investigating a suspicious package and requested the attence of our HART team.

“No ambulances were called and no injuries were reported.”

This is not the first time a bomb threat has taken place in the vicinity.  Boots was targeted by the Animal Rights Militia in 1994, in a firebomb attack that is reported to have caused over £1,000,000 of damage.

Check back here for updates