Staff at the University of Bristol and 74 other unis nationally, are walking out in the second round of strikes this academic year, starting on Thursday.

The University and Colleges Union (UCU) has announced 14 days of national strikes spread over four weeks.

The dispute centres around ongoing negotiations on the future of staff pensions, and what the UCU calls "universities' failure to make significant improvements on pay, equality, casualisation and workloads".

The same issues were in dispute during the 2018 and 2019 industrial action, and it appears that no significant progress has been made. 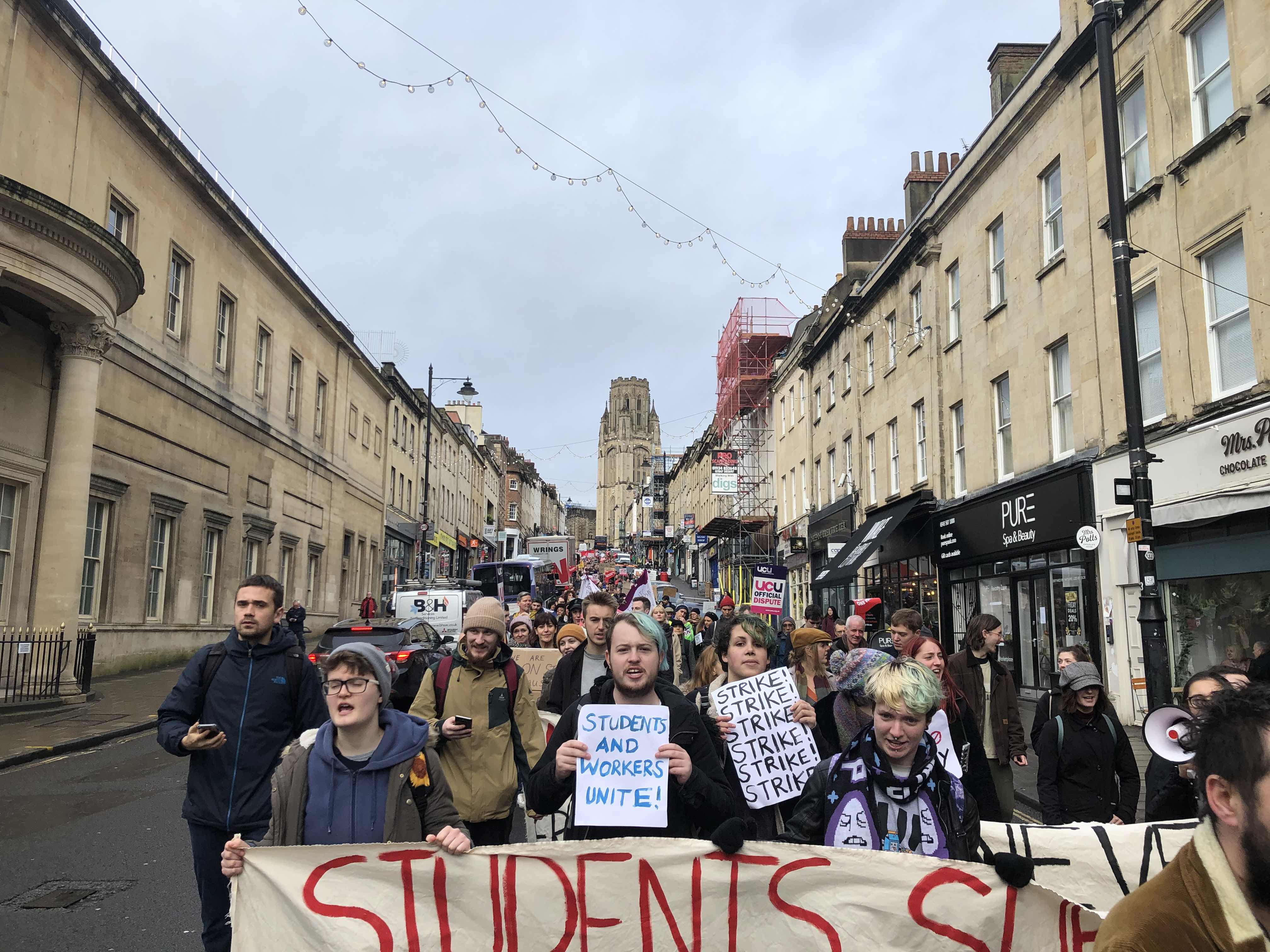 Why are staff striking AGAIN?!

This round of strikes relates to the same national dispute around the USS Pension Scheme, and the future sustainability and contributions that staff and employers make.

The UCU says that the changes to the scheme mean that staff contributions are rising, and they will go on to lose "tens of thousands of pounds" when they retire.

Additionally, they claim that staff pay in real terms has dropped by approximately 17 per cent since 2009, and that casualisation of contracts puts staff in precarious positions. 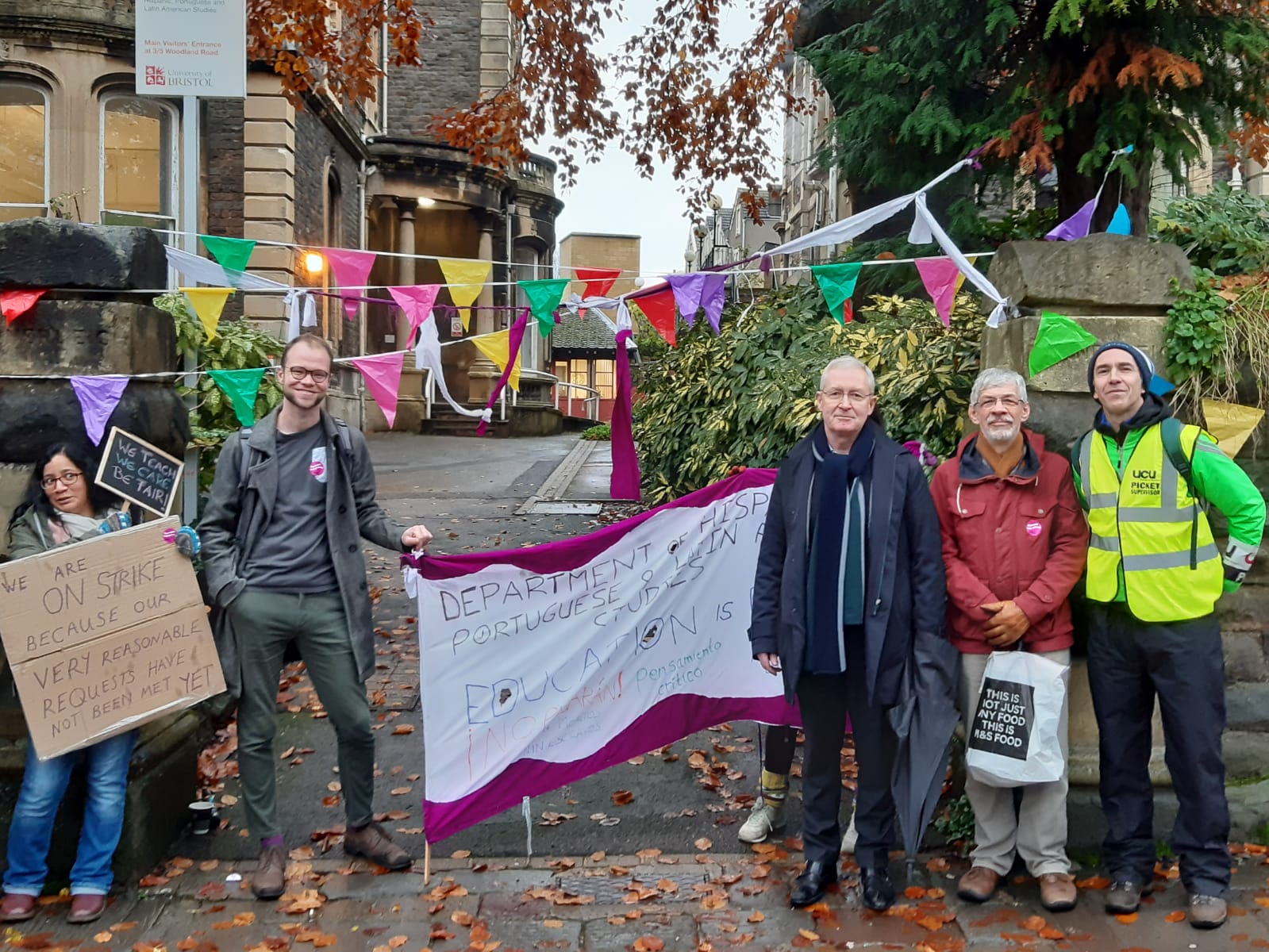 In an interview with The Bristol Tab in November 2019, Vice-Chancellor Hugh Brady blamed other universities for the lack of resolution to the ongoing pay dispute.

Brady said: "The source of some frustration from the national negotiation is that many of the employers felt that they were not in a position to offer that higher settlement without job cuts to services.”

Some staff, who wish to remain anonymous, have said that UoB has made progress on many issues, and feel that this latest round of strikes is excessive.

For example, the issue surrounding the gender pay gap (which currently stands at 13.6 per cent) has been resolved, with the local UCU branch and the uni signing an agreement only last month.

What are the exact dates of the strike?

According to the UCU, staff will be on strike on the following days:

Week one: Thursday 20th and Friday 21st of February

Ridiculous staff workload, precarious working conditions for teachers, researchers and academic-related staff, plus fundamental lack of confidence in sector leadership missing (or omitted?). If you don't recognise these, you just don't get the #HE sector #ucustrikesback https://t.co/sMh1Nn1bpw

What does this mean for classes and assessments?

Staff do not have to inform the university or students in advance whether or not they intend to strike, and therefore you may only find that a class is cancelled when the teacher doesn't show up.

The Bristol Tab has learned that some staff whose partners also work at the uni will not be fully participating in the strike, as they cannot afford the loss of income. This allegedly includes the partner of a Bristol UCU branch official.

In an email to all students on Thursday, PVC Sarah Purdy pledged to "do everything possible to minimise disruption" to students, and said that students will not be assessed on material not taught due to strikes.

However, the effect on assessments due during the strike period is unclear, and the uni has not yet announced specific mitigation measures.

Bristol SU supports the strikes, as per a policy passed during the 2018 Annual Members Meeting.

It has pledged to ensure that students are not disadvantaged by the strikes, and to make sure the university puts peasures in place "to make up for the lost educational experience". 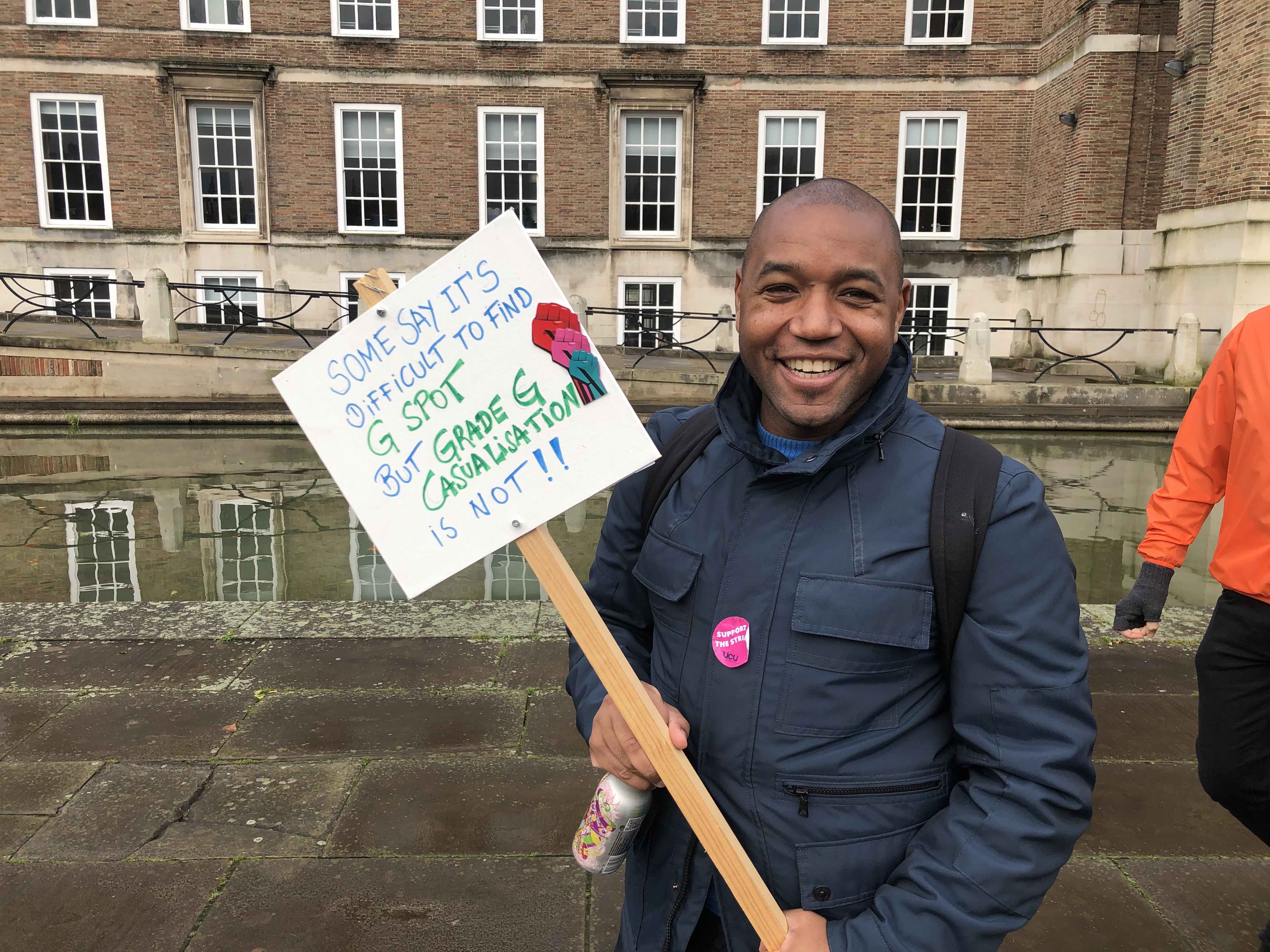 Staff getting creative with their protest signs

What can I do to support the strikes?

The UCU and student groups on campus are actively encouraging students to support the action being taken by staff.

The Bristol Student-Staff Solidarity Group was created in support of the spring 2018 industrial action, and has continued to support staff efforts.

They are encouraging students not to cross picket lines that are likely to be in place at entrances to university buildings and study centres, and to join the demonstrations taking place throughout the strike period.

Both Bristol SU and the Uni have made it clear that it is up to students whether or not to cross the picket lines, however the university has said that students must "take personal responsibility" for missed teaching.

Can I get a refund?

This question is a hot topic, and there have been multiple posts on the student media page, Bristruths, on this exact topic.

The answer to that question is a resounding 'no'.

In the Student Agreement that all students sign before the start of each academic year, it states that the university is not liable for industrial action, and therefore will not be giving refunds.

The SU has said that it is not supporting students in demanding refunds or compensation from the uni, as it would "probably" result in a refund of "less than £10 per head".

However, it does point out that students can complain to the Office for Students and apply for compensation if the uni does not put in place sufficient arrangements to mitigate the strike action.

For more information on the upcoming industrial action, see the following links: