If you live in Redland, good luck

New data obtained by The Bristol Tab reveals that Bristol Uni will spend between £20,000-£25,000 this academic year on police patrols aimed at clamping down on student noise.

This follows the successes of an eight-day trial costing £4,600, that was rolled out in June.

The patrols, known as Operation Beech, will occur on 44 strategically chosen nights, 26 of which will be before Christmas.

They will take place between 8pm and 2am on Wednesdays, Fridays and Saturdays, only operating in specific areas. 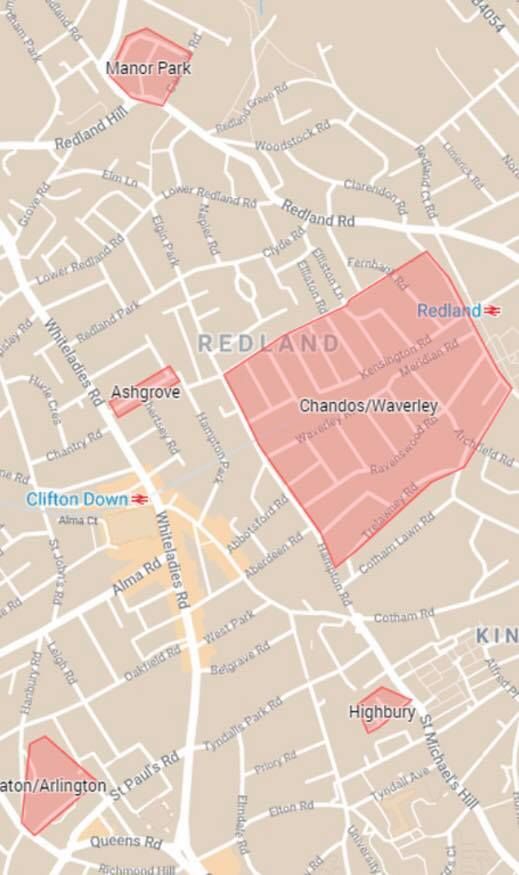 The areas targeted by Operation Beech

But how does it work?

If a resident feels that students in their area are being excessively noisy, they can text a phone number, resulting in police being called to the scene.

In the cases of larger parties however, police will be reluctant to shut them down due to the potential risk caused by large numbers of people out on the streets.

A recent article on The Noise Pages gave an example of Operation Beech in action.

One Cotham resident contacted the helpline after being disturbed by a loud party. Police arrived just after 11pm and the students subsequently turned the music down. After the police left however, they turned the music back up.

The police returned, and this time, the party was silenced for good.

The resident who reported the incident said: "The Beech patrol is highly effective and responsive."

Pro Vice-Chancellor for Student Experience, Professor Sarah Purdy said: “The University takes very seriously its responsibility to be a good neighbour and manage the impact of our students on the community. We acknowledge that public services are stretched, so where our students are causing distress to local residents, we should contribute to resourcing that management.

“The areas designated for Operation Beech are those that consistently see a disproportionate level of student-related noise disturbance and anti-social house parties.

“During a trial in June, and on the first nights of the operation, Police reported that students responded politely and positively when approached.

“So far, Operation Beech is doing exactly what we want it to achieve which is to work positively with our neighbouring communities, and pro-actively with our students in being good neighbours.

“We have a dedicated community liaison team who work closely with local resident and community groups. We actively support our students to prepare for the transition into private rented accommodation, regularly providing them with information on community living, including how to be considerate neighbours.”

Related stories about Bristol Uni being boring about house parties: