State of the art hub to be unveiled next month

But we’re going to have to wait for the library

The first of many snazzy new facilities will be ready in just a few weeks’ time.

A new centre for student services will open in September as part of the massive £400 million campus overhaul.

The hub, located in a remodelled block of the Aston Webb building, will house the Careers Network, Information Zone, Student Services and Registry.

The library and sports centre are also on track to be completed on time, but they won’t be ready until next year. 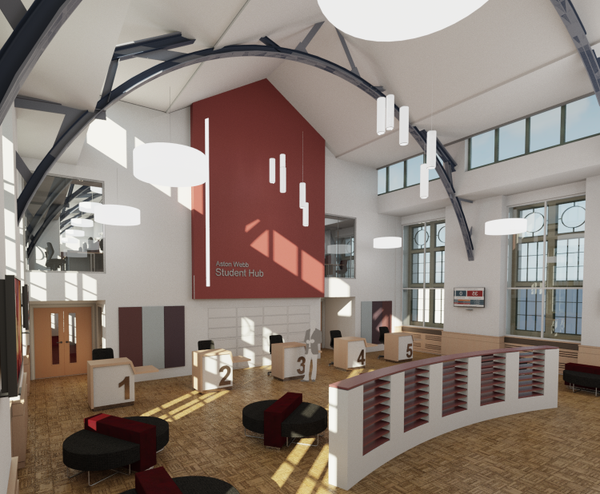 The brand new interior of the Student Hub

A plaque featuring a quote from a novel written by the University’s very own English Literature professor, David Lodge, was placed on the roof of the library by the vice chancellor.

The technology-rich main library is set to open in the summer of 2016, and will contain a variety of learning spaces, as well as a large cafeteria.

The sports centre will be opening its doors in spring 2016, so those of us graduating next year will at least be able to take a peak.

The new gym will be one of the most advanced in the country, and the £55 million refurbishment will include a large multi-sport hall and Birmingham’s only 50m swimming pool. 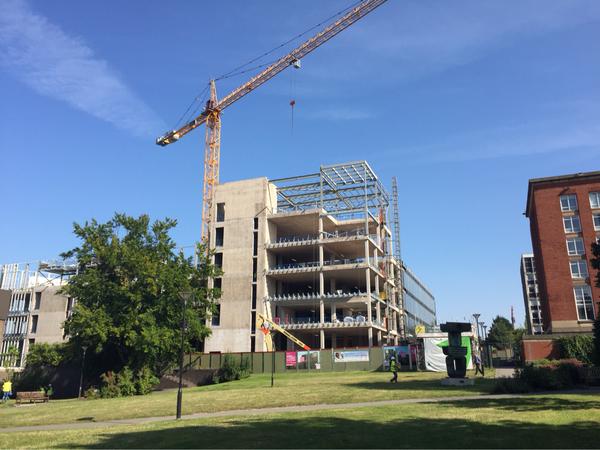 The library will be completed in summer 2016 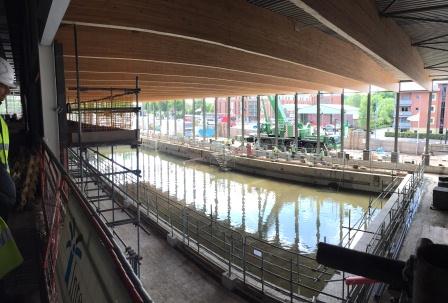 The new 50m pool being filled with water to undergo testing

Third year Savannah Carney, who studies Geography, said: “I’m really disappointed I won’t be able to take advantage of the new sports centre, but I’m sure younger students will make great use of it.”

Third year Rebecca Jones, who studies Mathematical Economics and Statistics, added: “It will be really useful to have all of student services in one place, as they’re quite fragmented at the moment.

“But I’m disappointed I won’t get to use the new library and sports centre, it will be a huge improvement for future students.”