Twelve things to do in Belfast this Christmas

Cause you know, twelve days, twelve events – you get it

So the lights have been turned on at City Hall, the markets are in full swing; Christmas has arrived in Belfast! There’s plenty to get you in the holiday spirit, so here’s twelve things to in Belfast this festive season.

1. Inside Moves bring a selection of dance music to the Errigle Inn this festive season with their Christmas part, expect a mix of well selected disco, soul and house. Featuring music from Phil Mellon, Connor Harding and Sally C and with a picture of a smoking Santa Clause on the poster, what’s not to love?

2. If you fancy something fancy, between the 8th-13th December, Black Box will be turning into a tavern the likes of which you would expect in an early Sherlock Holmes novel. Pigeons and Plums Vaudeville Circus is coming to town, and for just over thirty pounds you can get a full hog roast meal, and an evenings entertain from top class musicians, comedians, and circus performers! The full brief along with tickets can be found here.

3. If you’re a bit more of a rocker, then Black Box has you in mind with The Outcasts’ Xmas Party. A follow up to their sold out gig last year, this’ll be a mad one, with a bill full of N.I. Punk Vets, and Terri Hooley pulling his always stellar DJ set. Tickets can be purchased here, and get ’em before they sell out. 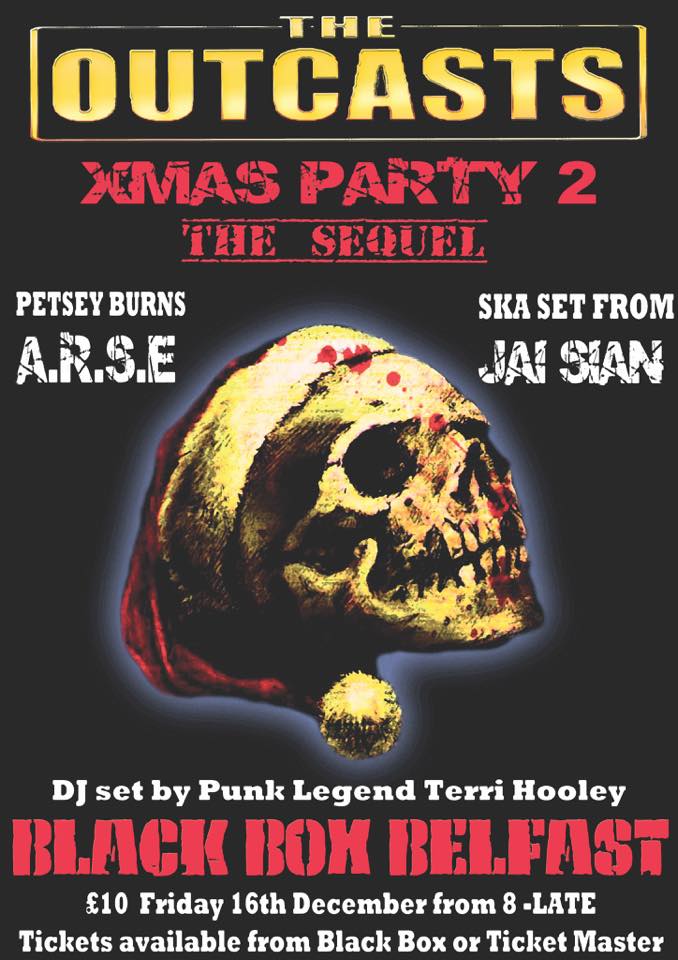 Christmas has never looked so angry

4. And my last pick from Black Box, is from clown theatre company Amadan, who specialise in that dark comedy we only dare to think about at three am. With an exposé on the darker side of Christmas, this Santa isn’t feeling like being particularly nice. This is my personal top pick, and you can get tickets here.

5. Of course, there is the obvious go to, which is the Christmas markets themselves. Returning for its twelfth year, and with the Belfast City Council claiming its the best yet, it would be foolish not to go at least once! I recommend the fudge stall, though I bought way too much last year. 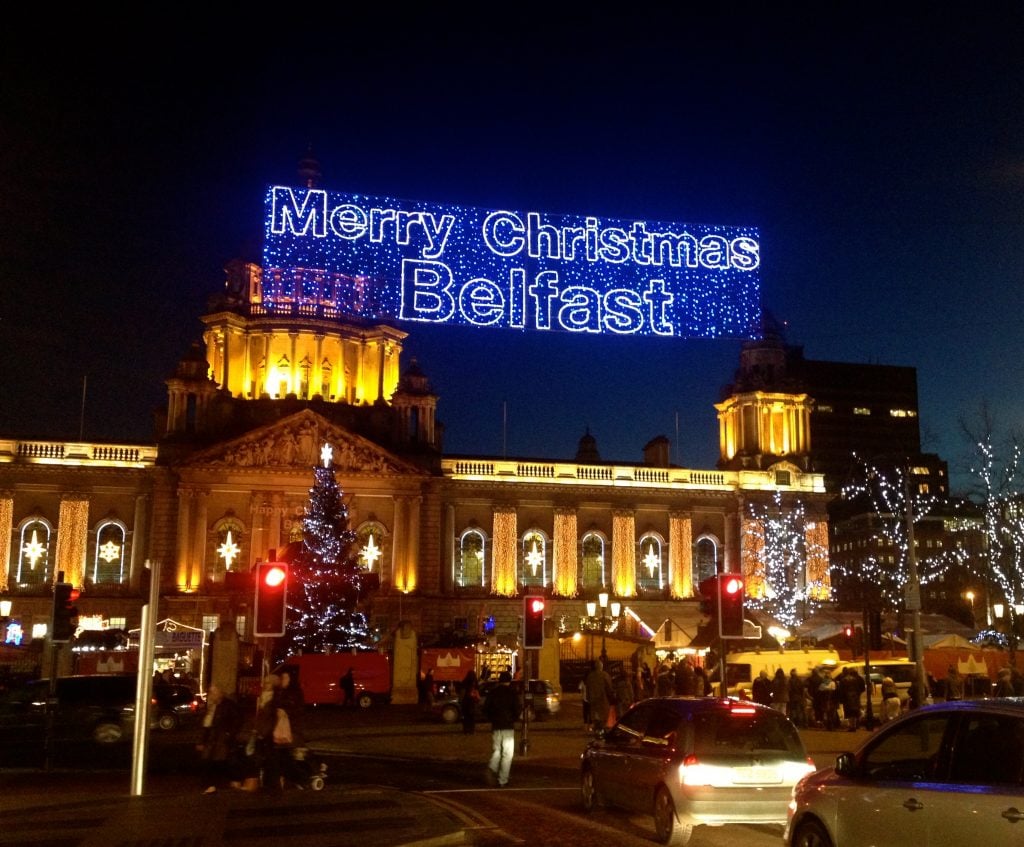 Isn’t City Council putting up a ‘Merry Christmas Belfast’ sign a little like writing yourself a card?

6. If you’ve had your fill at the market, then your next stop should be at Writers Square, where the Tumble Circus cabaret presents their ‘Raucous’ event. For £22 there’s an evenings entertainment from circus stars, stand-up acts, and burlesques; not to mention a DJ and fully stocked bar. Tickets can be bought online, and there’s a discount for group bookings.

7. If you’re looking for that traditional Nativity tale, then don’t go near the Lyric Theatre, because it has got a hilarious version that asks outrageous questions like “Why didn’t Joseph book a room in advance?” An evening full of not so wise men, I have no doubt the audience will rise with laughter from start to finish! Tickets can be bought here. 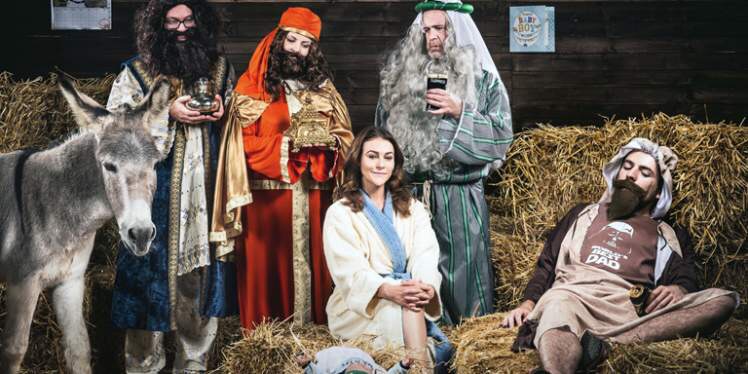 I’d certainly need a pint in this situation

8. If you’re feeling a little more risqué, then the MAC’s Pony Panto is for you. This adults only show is returning for its fourth year, and the MAC claims that if you’ve never been before, expect “Belfast’s best looking, worst dressed, most talented performers.” Tickets can be bought at your own risk.

9. On the 18th December, the sheer icon that is the coca-cola Christmas truck comes to Belfast, and brings with it free Coke, and the Dublin Gospel Choir! There’s also gonna be Ice Block Jenga, which is the coolest concept I’ve heard all month. Get down to the SSE Arena if you want to get a chance to see it!

10. Of course, who can say they’ve completed Christmas without having gone Ice-Skating? From the 22nd December, the SSE arena opens its doors to those of us who feel no fear for cracked shin bones, and at £8 a pop, it’s a risk I’m willing to take. If you manage to wrangle up ten or more friends though, tickets go down to £5.50 each, so a little planning can get you a mulled wine ?

11. If you like fancy dress, then Hillsborough Castle is the place for you on the 21st December. The Georgian Christmas event is £10 a ticket, and festive dress is encouraged! With an evening complete with “music, wassailing, and merry-making”, this adults only show sounds promising. There will be festive refreshments served, and tickets can be purchased here.

12. And finally, in the Student Union, two Christmas classics are being screened in Bar Sub: The Nightmare Before Christmas, and Die Hard (a personal favourite). For six quid you can nab a ticket to see both films, or if you only wanna see one then get it for £4. The bar is open throughout of course, and tickets can be bought right here.

So there you have it, my pick of some of the best things to do in Belfast this Christmas season. I hope there’s something here you’ll enjoy; and if not, bah humbug.