After it becoming one of the most memable moments of the year so far, Jessica from Love Is Blind has finally spoken about *that* time when she fed her dog wine on camera.

During a pretty important conversation with her fiancee Mark, Jessica stops for a second and puts her glass of red wine up to her dog’s mouth, it takes a big sip and she carries on drinking. Her and Mark were having a deep discussion about how their future would work together and are talking money, work and finances when Jessica gives the dog the wine and stops the conversation to casually whisper: “She loves wine”. 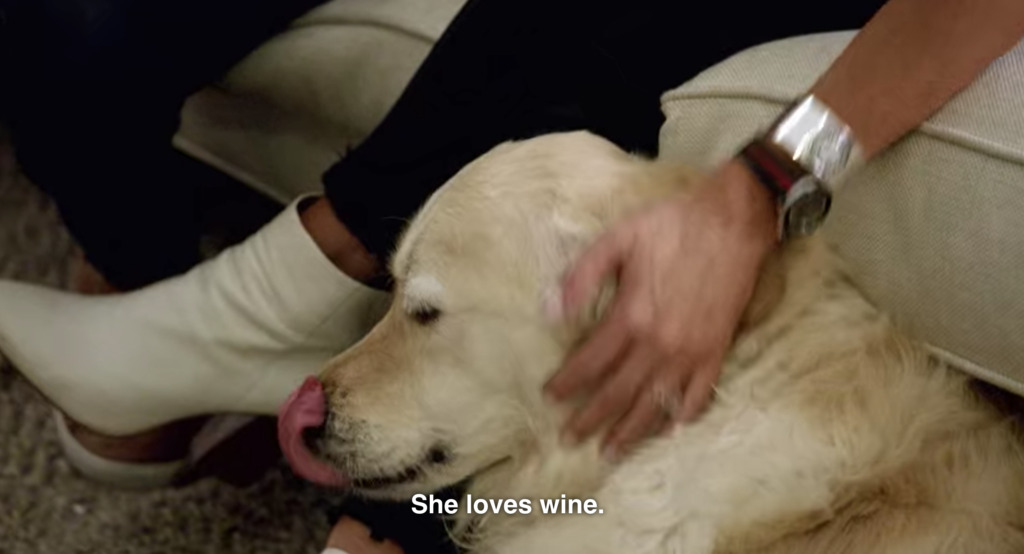 The memes went viral and viewers were shook to their core. Mainly because you know, it’s a bit weird to give your pet alcohol and grapes are actually toxic for dogs. Loads of people also couldn’t get their head around that she just casually carried on drinking from the glass afterwards.

This is the most dynamic moment of TV I’ve seen in a long time – from Netflix’s “Love is Blind.” A guy telling his fiancé, who he met the week before, that he’s mentally stable while she feeds her dog wine and tells him that she’s not his mom. So much to unwrap in ten seconds. pic.twitter.com/ePc58CppO7 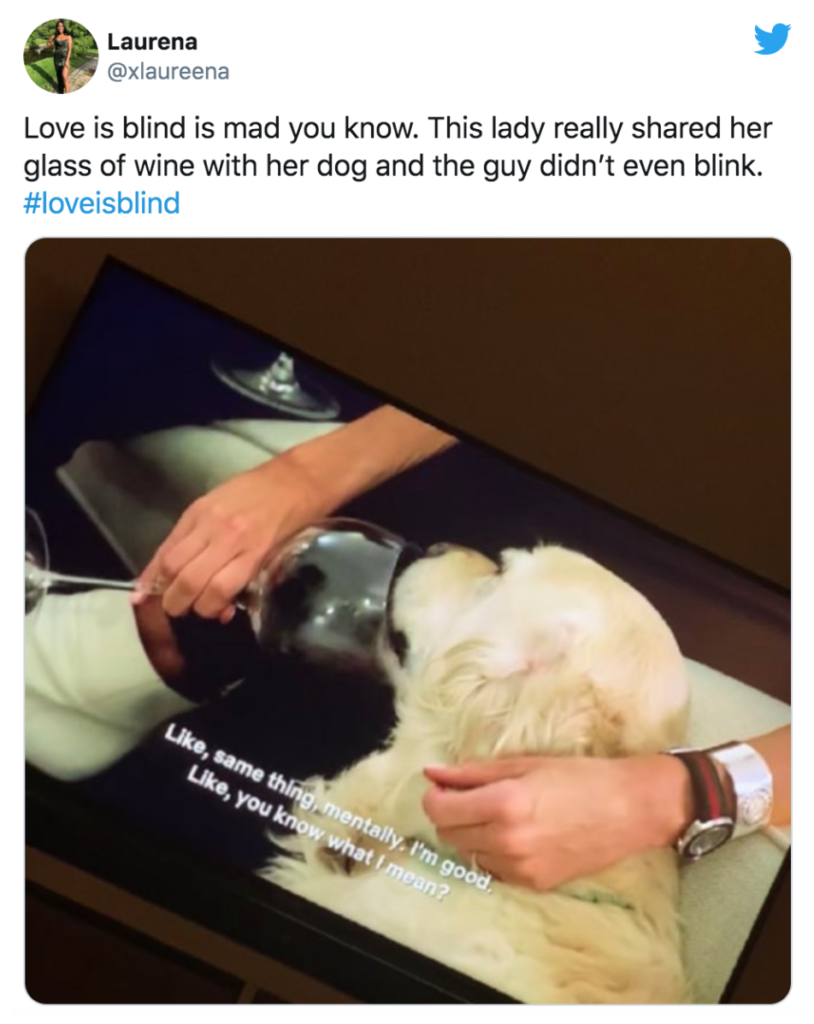 Jessica has since spoken out about the moment and said she regrets doing it. She told Entertainment Weekly: “I definitely have never done that before; I won’t do that again. I love my dog more than anything and that was not something I would ever recommend anyone to do. I think I was just really uncomfortable. I don’t even remember doing it. I don’t know why I did that but it was definitely unnecessary for sure.”

There were quite a few heavy drinking scenes featuring Jessica in Love Is Blind, and she says she also regrets those too. She added: “I think there’s a reason that there’s sometimes alcohol around during these reality shows. Sometimes you loosen up and these moments can kind of come out. I really wish that I would have been better about the drinking for me. I was really uncomfortable and so I had a few moments where I over-drank. I know the first one I took accountability for on camera and then the bachelorette party as well. If I could do anything differently it would be that I didn’t have so much to drink.”

She added that she doesn’t get drunk that much on a regular basis, saying: “That is something that I tend to do if I’m nervous, I drink a little bit more. But actually I’ve had a lot of people reach out to me like, ‘Are you an alcoholic,’ or something like that, and I actually don’t drink very often. I take several months off a year. I think it was just in that moment I was so uncomfortable and unfortunately I was using alcohol a little bit to defer that. And hindsight is 20/20. If I could have done anything differently for sure that would be one of the things.”

• Here are 25 more iconic Love Is Blind memes, all about Jessica

• Everything we know about the Love Is Blind reunion special