A bunch of ex-Islanders are calling the show staged

Ok it’s no new news that parts of Love Island have been called out as staged. But ex-Islanders including Alex and Olivia Bowen and this year’s Sophie Piper have spoken out about it. 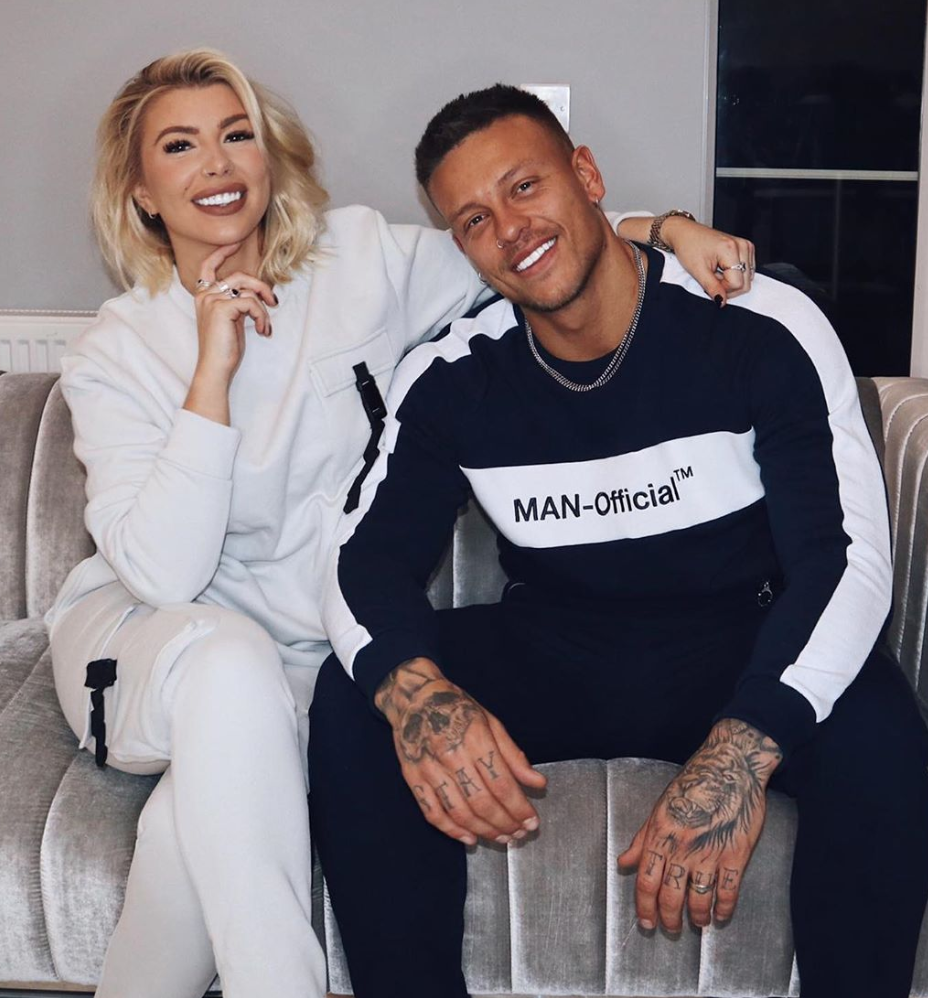 During PrettyLittleThing’s Valentine’s podcast Alex Bowen said: “I don’t think I’d have liked to go on the show now, I’m glad I went on when we did.” Alex hasn’t been watching the current series, but Olivia has, adding: “Now we look at it and think, have the producers got involved in this?” Alex added: “It feels a lot more set up.”

When asked whether things were staged or if they happened organically Sophie responded saying: “A bit of both, but it’s not massively staged. Producers might suggest, ‘Why don’t you talk about this and that?’.”

Every single morning the Islanders make eggs for each other and their entire morning routine revolves around EGGS. Twitter is shook about the amount of eggs they seem to consume and tbh, same.

One person wrote: “These people don’t eat any other thing everyday eggs in this villa.” While another added: “‘She likes eggs. I fucking hope she does because that’s all they have.”

I feel like all these man eat are eggs… do they even eat dinner? #LoveIsland

I swear these people on love island have been eating toast & scrambled eggs for breakfast every episode??

The secret sex code words have finally been cracked

Finley, Luke T and Luke M have come up with a secret code so that they can talk about sex. And after initial confusion it looks like the code words have been cracked. 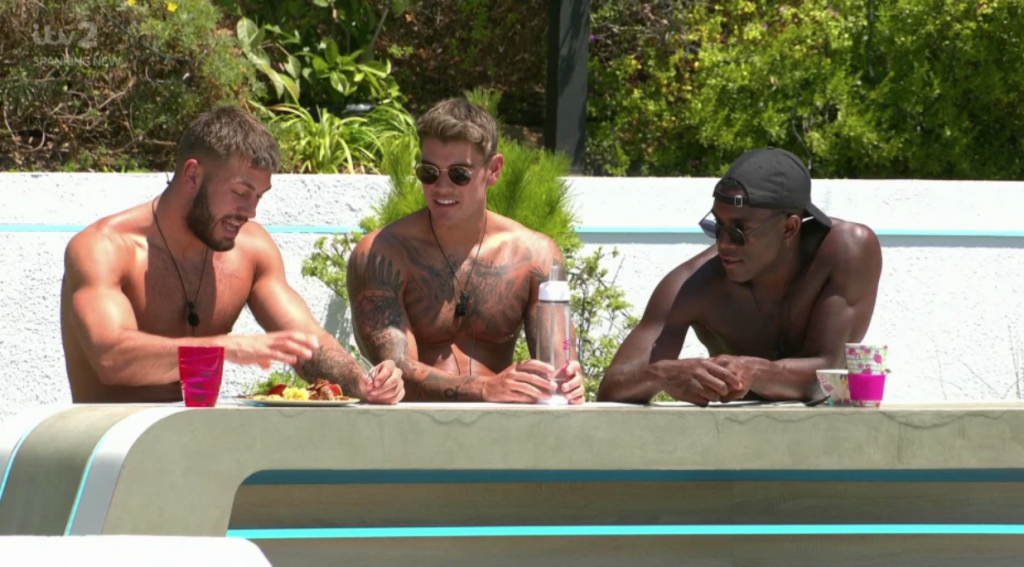 While making breakfast, Finley told the two Lukes about what had happened in bed between him and Paige. Luke M suggested he name what bits they’d done off the plate and then they started talking in breakfast code. But to clarify, if you hear the boys talking about “avocado” they mean oral sex, “tomatoes” is touching boobs and “toast” is having sex.

Hold on, Ellie and Michael are back together again?!

2019’s Michael Griffiths has hinted that he and 2018’s Ellie Brown ARE in fact an item. He told Best Magazine: “Ellie and I are doing really well together. She texted me this morning, we talk all the time – we are really close. She even FaceTimes my mum. So, we are going to keep everyone guessing.”

He added: “Ellie helped me to start believing in myself again. I hold Ellie so high in my life at the moment. I’m not going to let her get away from me easily.”

It was thought the pair got together whilst filming Ex On The Beach, but within a day they clarified they had already broken up. Tbh, I can’t keep up with this. 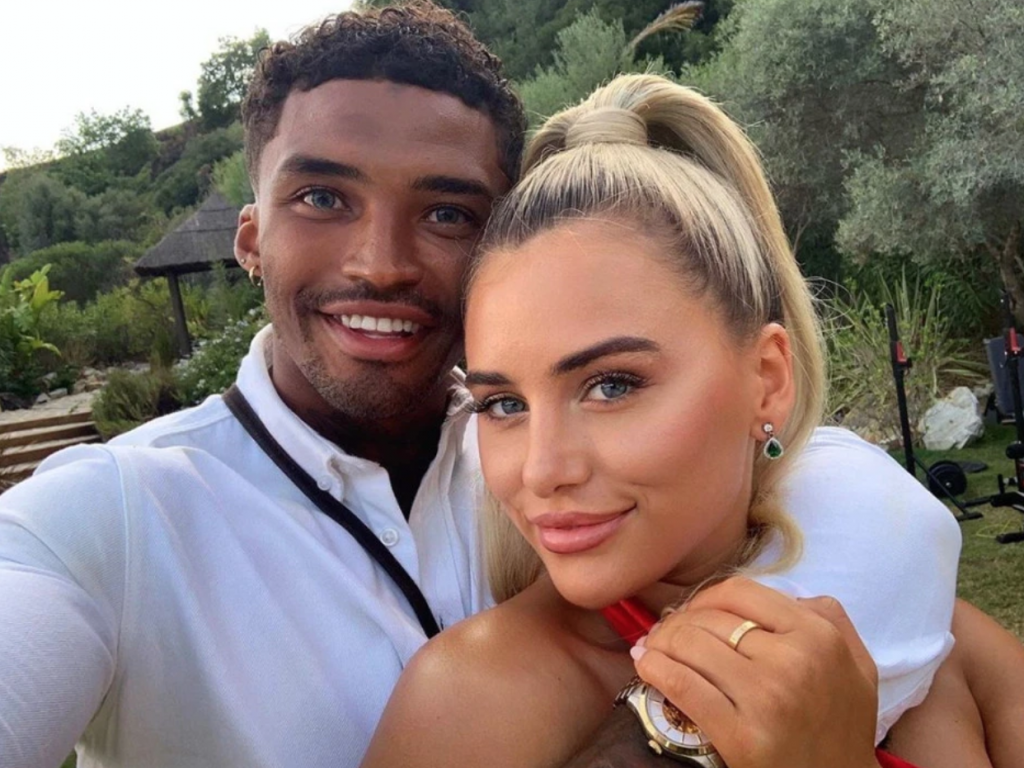 Scaffolders are livid at Shaughna lmao

After being left single by Callum, Shaughna said she should never have trusted a scaffolder. And now, according to The Sun, “angry builders” and scaffolders have complained to Ofcom over her “discriminating” comments. More took to Twitter, with one saying: “Her scaffophobia is real”.

Yes, this is actually happening. 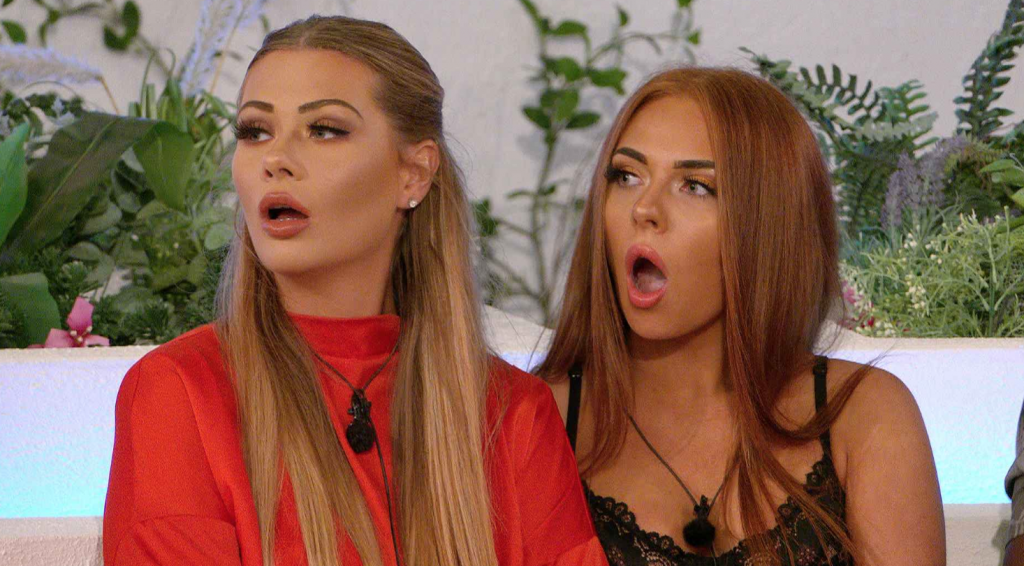 Ofcom has received 62 complaints because viewers think Siannise said the n-word during the show. It was during the Casa Amor recoupling episode when Shaughna had been left single by Callum. Fans thought Siannise said “date n*****s”.

However it seems as though it was just her accent playing tricks on us, as ITV has insisted no Islander would say that, and it definitely would not be aired, adding that Siannise had actually said “they ain’t no good”.

Molly-Mae admits she went ‘too far’ with lip fillers

2019 runner up Molly-Mae has been one of the many previous Love Island contestants who has shocked us with their transformation. But now she’s admitted she went too far and is getting her fillers dissolved. 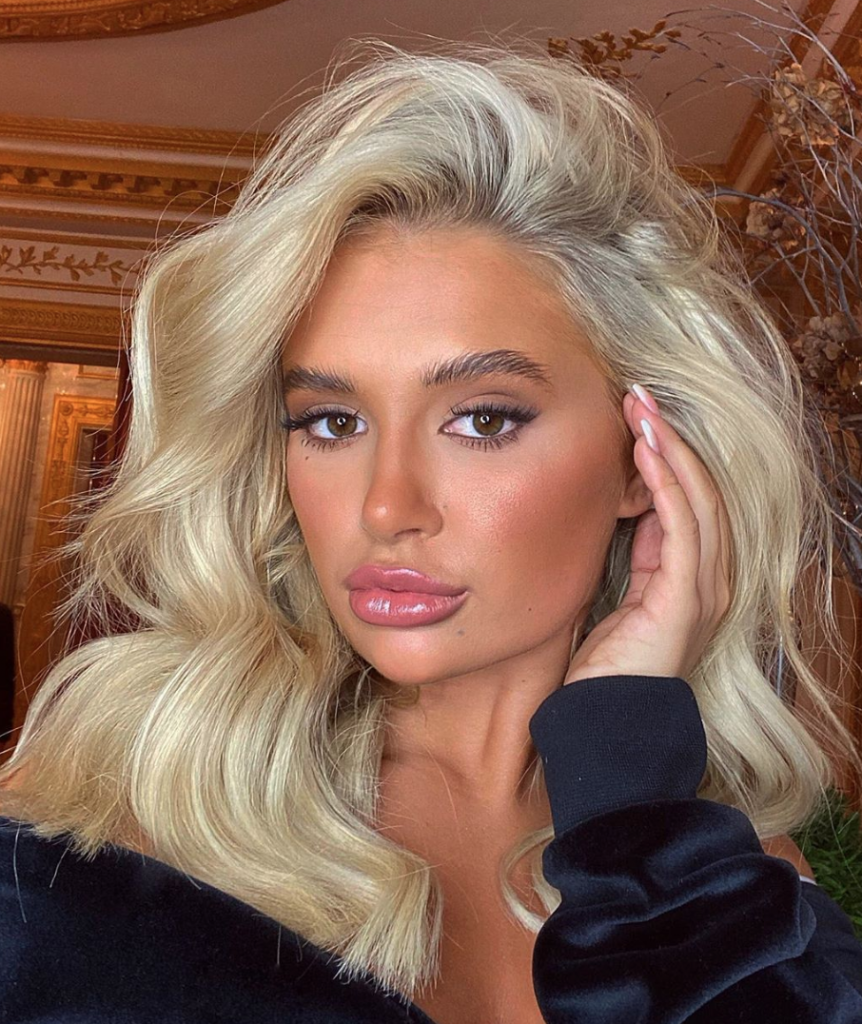 Speaking in her latest YouTube video she said: “I have got most of my filler dissolved, obviously I used to get filler and when I came out of Love Island I got a little bit more filler and for me that was the worst time for me coming out of the villa – the trolling I got for that was really intense.

“It was really horrible but I can understand why it happened because I realistically went overboard with it and I didn’t really realise what I was doing and I just went too far. It was just a really, really bad time to get it done because I had literally come out of the villa and that is the time you are most scrutinised. So I got my filler dissolved. Best decision I ever made.”

If all else fails, Jack Fincham is keen to take Shaughna on a date

When Shaughna entered the villa, she said her type was 2018 winner Jack Fincham, and he joked that he probably would date her. And now, it looks as though he might actually come through?!

Jack was doing an Instagram take-over for Boohoo when he said: “Don’t worry Shaughna, I think you’re fantastic. I’ll take you out on a date, whilst the coast is clear.” 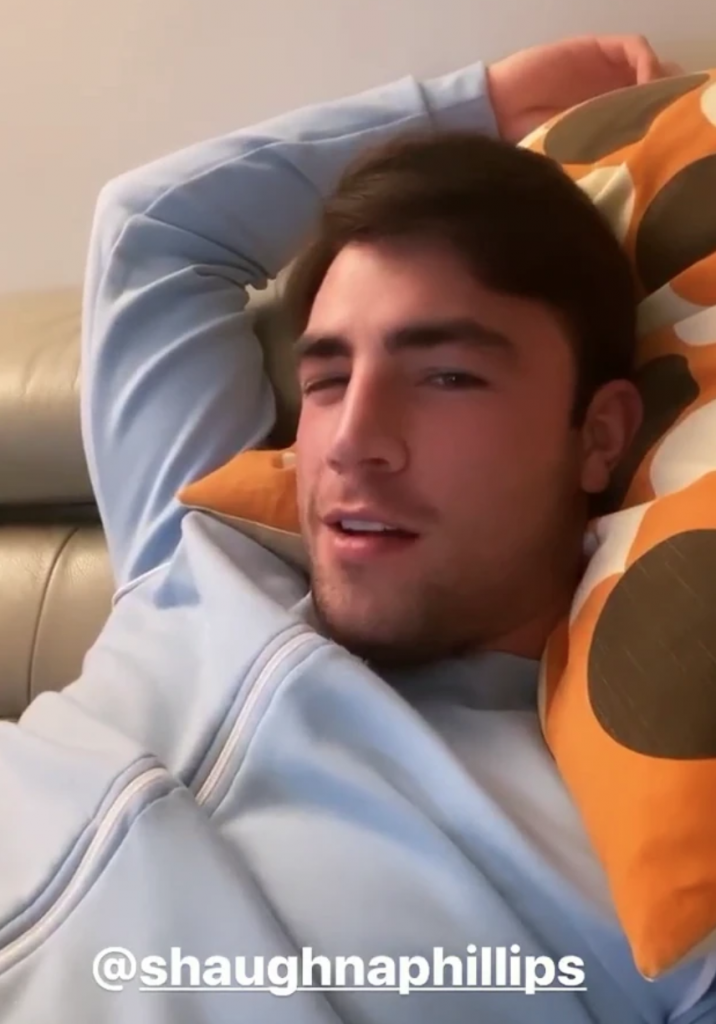 Casa Amor’s Molly previously dated 2018 Islander Jordan Adefeyisan. He was part of the Casa Amor line-up that year, and was dumped just four days later when he failed to catch Georgia Steel’s eye. 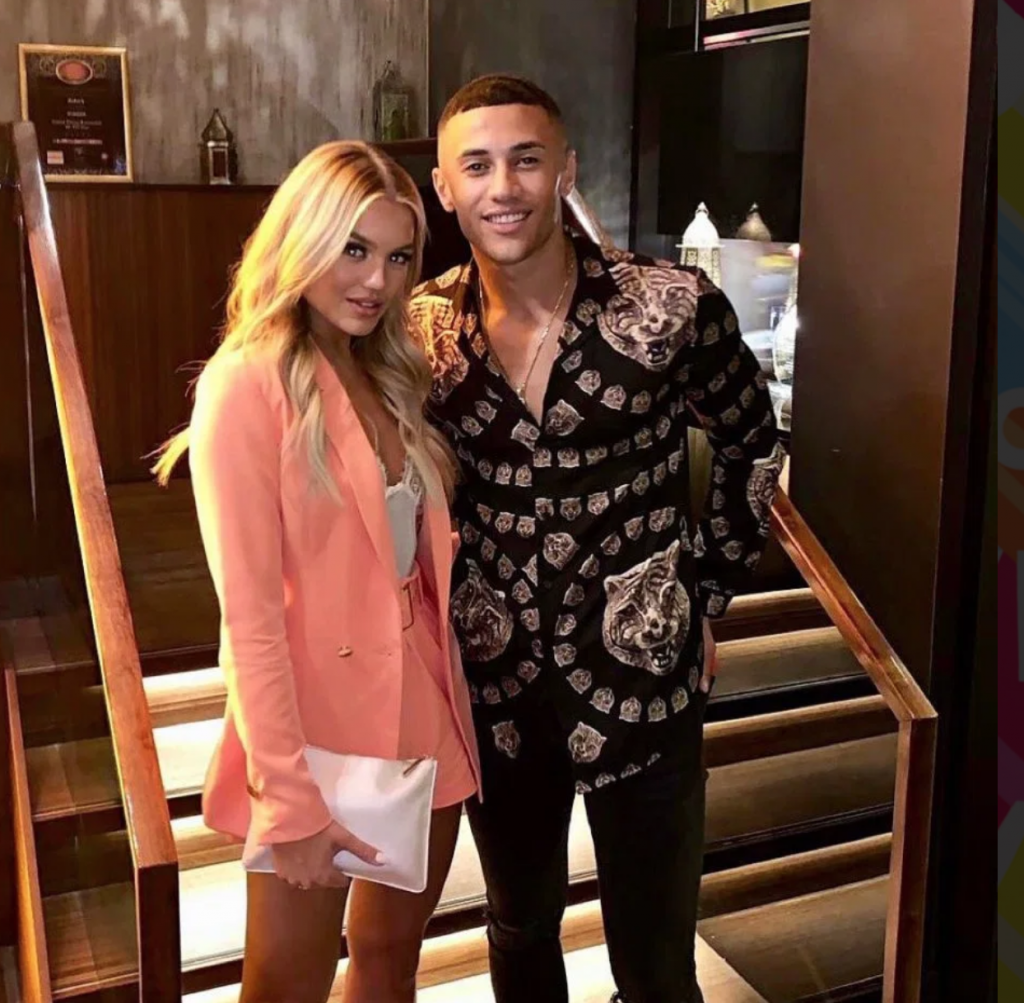 On Instagram he posted about Molly going on the show, saying: “So everyone’s aware that my ‘ex’ is going on Love Island. I’m getting messages regarding the matter and I’m truly not interested. All I can do is wish her luck and I hope she finds what she’s looking for in life.

“I’ll say it again. Please do not contact me regarding Molly. I’m dealing with it in my own way. I’ve got great people around me. She’s made the decision to go on for whatever reason and I’m respecting that. No further comment.”

Ched’s name was spelt wrong on screen, despite only being four letters long

Ched’s name might be one of the most simple to spell, but it looks as though it was still a bit too much for Love Island producers. Whilst in the Beach Hut, “Chied” flashed up on screen and everyone was confused. 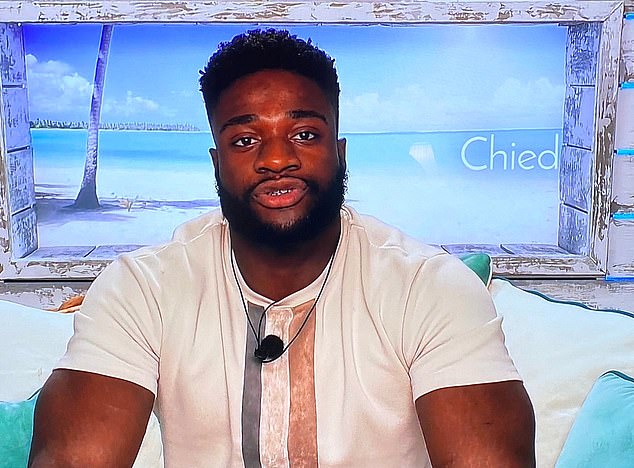 Of course Twitter noticed. “Who is Chied?” one person asked. Another added: “CHIED?! Who is this imposter? What have they done with Ched?!” Ugh, such banter.

• Love Island Gossip Column: Connor and Sophie are an item! And Dani Dyer’s boyfriend is in court

This is Love Island on steroids and I LOVE IT