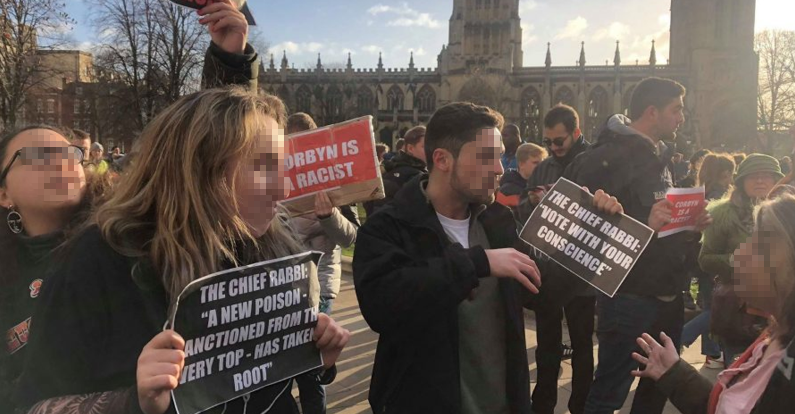 Anti-semitic incidents at universities rose by 60 per cent, including two physical assaults, a new report by anti-semitism charity CST has found.

40 incidents affecting Jewish students, academics or SU’s were reported in 2019, up from 25 in 2018, reflecting an wider increase in anti-semitic incidents.

The figures add stark context to a string of high-profile anti-semitic incidents at universities throughout 2019. Among these, a Jewish Nottingham student was verbally attacked in a nightclub by a fellow student who shouted “no offence but fuck Israel and all of you Jew people.” During the general election campaign, a group of Jewish students protesting a Corbyn rally in Bristol received shouts of “fuck you, you filthy Jew,” whilst Coventry University’s dodgeball team were suspended after wearing white t-shirts with swastikas and anti-semitic messages on them.

Overall, the 40 university incidents were made up of two physical assaults, two threats, four incidents of damage and desecration, 32 examples of abusive behaviour, but no dissemination of anti-semitic literature.

In one instance highlighted by CST, a charity who monitor anti-Jewish hatred, a bomb threat was made against Jewish universities. An email sent in December to a synagogue and two Jewish organisations pledged revenge for London Bridge attacker Usman Khan.

“We have come to know through our Intelligence that Mossad, CIA and MI6 are behind the recent killing of our fighter brother Usman Khan,” the email said.

“We have already planned to bomb Jewish Schools, Colleges, Universities and Synagogues in UK and other EU countries through our brothers and sisters from Afghanistan, Pakistan, Yemen and other Arab countries with pressure cooker bombs and mass shootings and with knives to take revenge of Usman Khan,” it wrote.

Anti-semitic incidents of all kind hit their highest ever level in 2019, with the CST report recording 1,805 incidents across the country in 2019. Social media was blamed as being the single biggest contributor to this rise. The report also noted a rise in incidents when Labour’s anti-semitism crisis was in the news.

However, the Union of Jewish Students warned the true level of anti-semitism on campus may be even higher, with persistent under-reporting meaning only one in five incidents of hate crime are recorded. “Throughout 2019 we have seen swastikas on campuses, the trivialisation of the Holocaust, antisemitism in students’ unions, and antisemitism in campus discussion around Israel,” a UJS statement said.

“It is the duty of universities and students’ unions to protect Jewish students and make sure we feel welcome on campus. When J-Socs raise concerns about antisemitism we expect institutions to listen and take decisive action on our concerns.”