Here’s how the Love Island contestants know each other:

Amber Gill from season five and Rebecca have met. In an interview, Amber mentioned she knew Rebecca. She described her as “a bit full on” and that “Newcastle’s a small place. I don’t know her too well, but I know that she’s full on” – oh dear.

New Casa Amor member, Josh Kempton posted a picture of him and Jordan Hames (from season five) modelling for Jordan’s underwear company House of Hames. On the House of Hames Instagram there are loads of pictures of the two of them, suggesting they’ve done a few shoots together.

They’ve also posted pictures of them on a night out together, so they must be pretty good mates.

Only the best of the best @houseofhxmes

Danny Williams is the only past islander that follows Josh. Josh also follows him back. This might mean they know each other, especially as Danny and Jordan are good friends and all three of them are underwear models.

In last night’s episode, Alexi admitted that he and Jess had already met at a club and had a messaged a few times but nothing happened. He said, “I’ve met Jess on a night out before, we exchanged Instagrams then we sent a few messages but nothing came of it.”

He added, “It’ll be interesting to see how we get on when we meet again”.

It's time to drop a ??. We are SO proud of our Alexi heading into the Love Island villa. Curly hair check. Pecs from The Gods check. South Africa just got a whole lot hotter. #LoveIsland #CasaAmor

Sophie and Kem are old friends who went to school together. After finding out Sophie was going on winter Love Island, Kem showed his support, describing her as, “very likeable and really sweet”

He added, “I remember her from when she was really young. Now she’s like this full-grown girl doing modelling. It feels weird because I knew her when I was like ten! She’s a really likeable girl and such a nice family”. Sounds like Kem’s a big fan, he must’ve been sad to see her go.

Had the best summer hosting The @loveisland morning after podcast everyday with these girls especially my Scottish sidekick @ariellefree Here’s to the last week???

Nas and Priscila both went to Brunel University London. Priscilla graduated in July 2018 and Nas graduated last summer. There’s no guarantee they actually know each other or even met but they were at the same uni, with one year difference – do the maths. 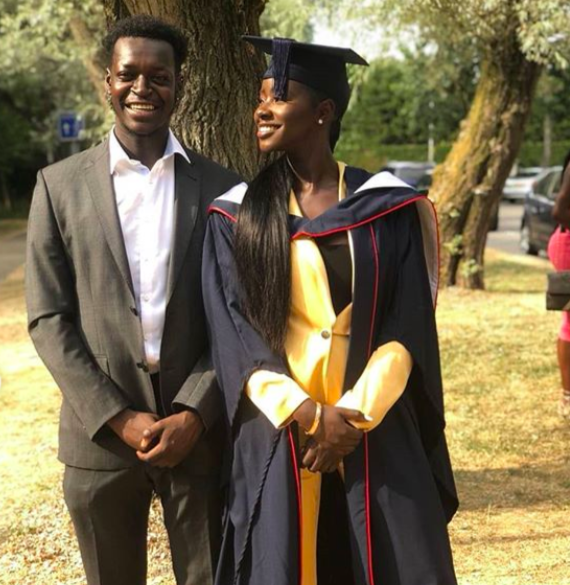 It has also been reported that one of last year’s Casa Amor contestants, Jourdan, who was coupled up with Danny Williams on season five, also knows Priscilla.

It’s likely that Rebecca and Connagh know each other because they’re both part of the same modelling agency, FOMO Models.

When it was announced that Rebecca was entering the villa, FOMO Model’s Insta page shared a picture of her, captioned: “Good luck @rebeccagormleyx supporting you all the way!!! Bombshell tonight so excited for you! See you the other side. #loveisland #loveisland.”

They then shared a pic of Connagh with a similarly supportive message.

Back to the grind ?

Luke M and Rebecca could potentially know each other because they both know people from Geordie Shore. Luke went on the show in 2014 and caught Vicky Pattison’s eye who described him as “Justin Beiber’s younger brother” – classic.

A few of the Geordie cast have been posting on Rebecca’s Love Island posts. Natalie Phillips commented, “Go on mate. Absolutely smashing it. Being 100 per cent yourself. Proper proud of you” – which definitely implies they’re pretty close.

✨100k followers!!!✨Thank you all so so much for your support for Rebecca? none of it goes unnoticed, her family and friends are unexplainably proud?❤️u#teamrebecca #loveisland

Marvin ‘Biggs’ Chris is another one of the new Casa Amor boys this year. Apparently not only does he know Anton Danyluk from season five but they’re best mates.

Biggs and Anton have been friends for years and posted pictures of them in Ibiza in summer 2018.

Biggs has also posted pics of him and Jordan at an event together in November. In this photo that Josh Kempton posted 10 weeks ago, “Comeee on bro????”. So Biggs must also know Josh, which means Josh probs knows Anton, and Biggs is likely to know Danny and so the Love Island Web goes on and on.

Related stories recommended by the writer

• Love Island’s Rebecca has been spotted modelling for Lidl

• If the winter Love Islanders were at university, this is what they’d be like