A lot of shows try to be inclusive. Sex Education is the first to really nail it

The word ‘representation’ comes up a lot when talking about what Sex Education gets right, and we’ve spoken before about how brilliant the show’s commitment to diversity is. But there’s more to Sex Education than simply having a diverse cast. A lot of shows offer diverse representation. Take Glee, for instance, a show with a diverse cast which charged headfirst at topics like suicide, transgender people, and virginity without thinking about how it should do so.

What makes Sex Education so great (and so much better than the shows that came before it) is that the representation isn’t total wank. Its stories are brought to life by really good writing which turns its characters into more than just stand-ins for minority groups.

That’s not to say Sex Education’s diverse cast isn’t a big deal – it is. Not everyone gets to see characters who share their race and/or sexuality on-screen, and that representation means a lot to people.

To reiterate, Sex Education is a show with a black gay lead character. That alone puts it leagues ahead of what’s already out there. 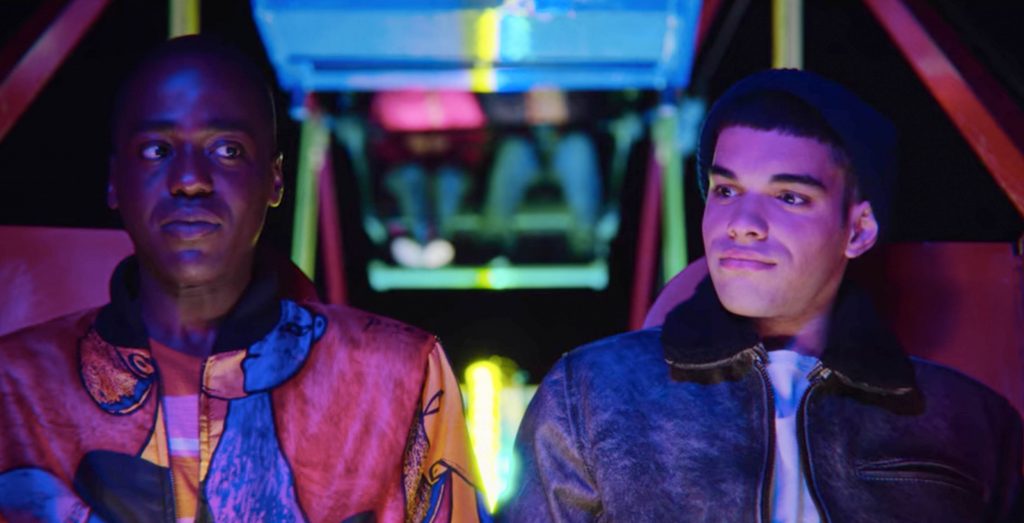 A lot of sit-coms, dramas and soaps have a gay character here or there but rarely do their stories feel real, or important. In Sex Education, Eric’s character arc isn’t mired in a clichéd coming out narrative – he gets to navigate his own relationship troubles, and Sex Education even goes as far as making us think he’s a bit of a prick for trying to balance two boys at once.

Jackson’s family is another example. No fuss is made over him having two mums because it’s not the point. The point is his mums fucking hate each other and fight all the time. Ordinarily, domestic gay relationships are presented as an inoffensive box-tick at best, and a hyper camp novelty at worst. It feels weird to praise a show for saying “yes, family life can fall apart even if you do have gay parents,” but that’s just it. Characters like Jackson’s mums aren’t often given that sort of depth. Jackson’s family, non-hetero though it may be, is allowed to be complicated. It’s not just that he has two mums, it’s that his two mums actually feel like real people. 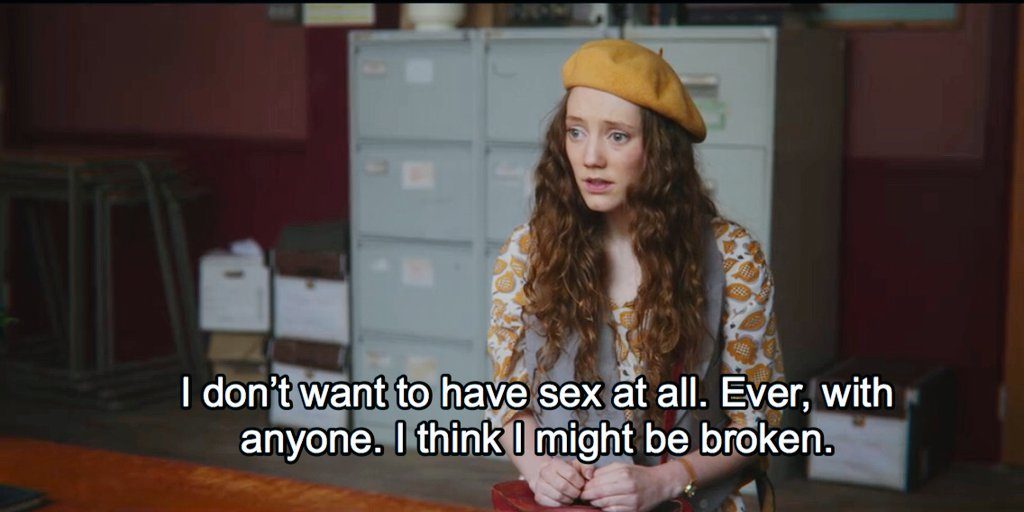 And Sex Education fleshes out all of those characters equally. Otis and Maeve might technically be the leads, but they don’t hog the majority of the screentime, which is in fact divvied out fairly evenly to the whole cast. This means you get Aimee’s story about public assault expanded upon over the course of several episodes rather than being wrapped up in one. It means Adam’s mum gets a similarly prolonged arc where she rediscovers her body and then her freedom via a vibrating bullet. It means Olah’s discovery of her pansexuality happens gradually, and completely side-steps the need for a been-there-done-that coming out story. Even the minor characters are given their moment in the sun – one of the best episodes ends with a teacher explaining why she likes dirty talk.

The world of Sex Education, where everyone dresses like an American, goes to school in Cardiff and talks like they’re from London, isn’t quite the diverse utopia it wishes it was (there’s still no sign of a trans character). But for the sheer range of what they manage to cram into its eight episodes, and for how well they handle it, it’s pretty fucking good.

• Who is Mimi Keene? The 21-year-old who plays Sex Ed’s most underrated character