Having sex in secondary school was the worst. We had no idea what we were doing. God knows why we all wanted it so bad when it was of such poor quality and things went wrong all the time. But want it, we did. And do it, we also did. Sometimes with dire consequences.

We've accumulated a truly awful set of sexual experiences from a load of people that used to be teenagers, who can now look back on it in abject terror. From broken banjo strings and vomiting to mistaking balls for a dick, these stories really are something to behold.

My secondary school boyfriend and I were in the throes of some passionate missionary sex when his mum rang him. He kept ploughing away and I expected him to just ignore it but he picked up the call and kept having sex to me on the phone with his mum. Not okay?? Then he turns to me and says “Mum wants to know what you want from the chip shop”, like sir please don’t talk to your mum whilst you’re inside of me?

'Gave my boyfriend a BJ in Waitrose and people walked in'

When I was 14 I gave my bf at the time a BJ in the Waitrose disabled toilets and a man and his five year old daughter walked in lmao.

'He waved the condom around in all of our mates' faces'

So was at a field party (Somerset represent) and got with some guy on a public footpath, did everything but sex, we’re about to have sex and then he was like “nah idk”, and I was like “ok, suit yourself”. I went back to the party where everyone was and found the next guy I could fuck, picked some random guy, shagged him in a tent and told him not to tell anyone. He said “of course I won’t” then left to go piss. But what he actually did was walk into the tent opposite (where everyone else was staying) and waved the condom around shouting “LOOK WHAT I JUST DID”. Mortifying. Got my own back unintentionally because the next day I told my mate his dick looked like one of the sausages on the barbeque. He had the nickname Richmond sausage for the rest of secondary school.

'In my sex ed we all had to lick flavoured condoms'

If we're talking awkward sex education, I went to a fairly posh school and the sex ed was an all girls class (it alternated between mixed and single sex classes). I remember the nurse was talking about flavoured condoms and she legit passed one around for everyone to lick. I kid you not there were about 40 girls in this room and I was one of about five who passed on the offer. Still makes me cringe.

I remember the first penis I touched. It was when I was drunk on lambrini at a festival when I was 15 and I met some guy who was wearing a dinosaur onesie. We made out a bit in one of the dance tents and then I felt it. My mate who had touched a dick before always said that they felt like eyelids. Honestly, it was so accurate that it scared me off. Said I needed to go to bed and never saw him again. The one that got away.

'He slipped and put in my arse'

Emily: “I’d just recently lost my virginity to my boyfriend – it was like our fourth time shagging ever – and he slipped out while doing doggy and accidentally put it in my arse. I cried for 20 minutes and never forgot it.”

'She just mounted me out of nowhere'

I was sitting in my mate’s back garden with a friend. We were alone and I was sitting on a deck chair. Out of nowhere she fucking mounts me and we start getting off, and after a few minutes we headed behind the house to this weird hidden part of the garden where we swapped probably the worst fingering/handjob either of us had ever had. We came *this* close to shagging but thank God we didn’t. Tl;dr, both of us are gay now. 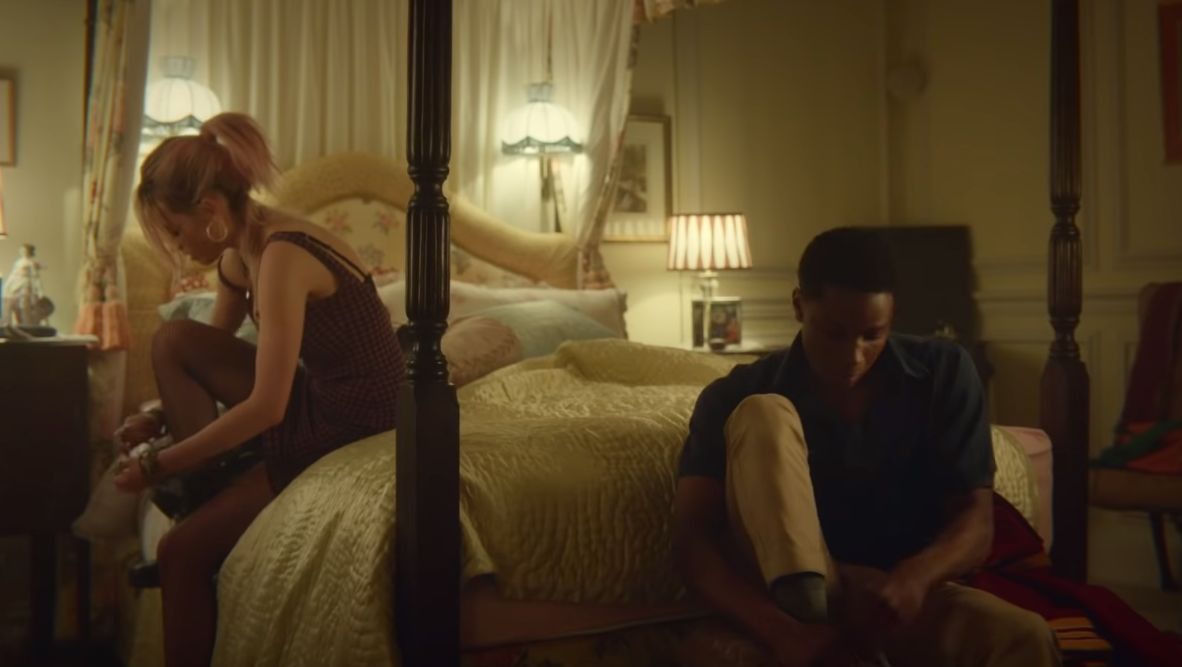 'I thought his ball was his dick'

Rosie: “I remember my school boyfriend got in trouble because his mum had given him some condoms ‘just in case’ and then asked him why there were less in his drawer than before. He freaked out and shouted ‘IT WAS FOR A POSH WANK OKAY MUM’. Honestly I’d rather my mum think I was having sex than think that. Awful.”

'The condom fell out into my mate's mum's hand'

“When I was 16 me and my boyfriend had sex at my mate’s house party. Her mum was in the house, it was a very tame house party, so I needed to find a way to dispose of the condom without her mum seeing. I couldn’t just put it in a bin that her mum would empty, so I hid it inside a crisp wrapper and put it in one of the kitchen bins. Turns out I accidentally put it in the food bin, and when my mate’s mum went to move the crisp wrapper to the right bin the condom fell out and into her hand.” 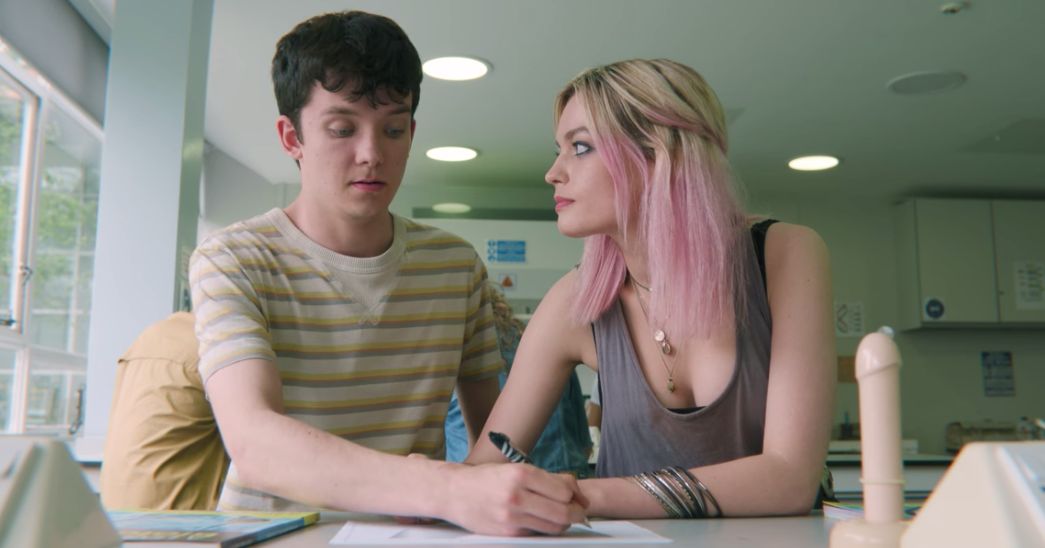 'He vomited on top of his nose bleed'

I fancied this boy at school for years, like literally YEARS. Then it got to Year 11 and I finally plucked up the courage to act on it. We’d been flirty at parties and he’d given me the eye around school a few times – I was in. We were at my friend’s house party together and she had given me the green light to use her spare room, she knew it was my time. Me and him went into the room and just as we were about to fully get into it, and I mean JUST, he got a nosebleed. He drunkenly stumbled into the ensuite bathroom and began shouting to me how he’d never had a nosebleed before and didn’t know what to do. A combination of this, and how drunk he was, and it made him throw up. He was sick all in the sink. I had to go in and help. There he was – naked, gushing with blood and hovering over a sink clogged up with his own sick and nose blood. All I knew to do was to gently rub his back. This was my moment, stolen from me.

'Everyone was chanting while I lost my virginity'

I lost my virginity in a tent at a camp out in the woods with everyone chanting “USA! USA! USA!” at the tent because the guy was American.

He licked me out and then said 'I'm tired now'

I was at a party in someone’s garden – people were sleeping in tents – it was about 4am. I started getting off with one of the guys and we ended up moving outside. We were kissing, then he started moving down me, and took my shorts off so I was literally naked from the bottom down outside in the garden, up against the fence in a hedgerow. He started eating me out – if you can even call it that – it was more like he was just licking the front of my vagina. It was pretty mortifying, especially as he stopped and said “I’m tired now” and went back in the tent.

'I snapped my banjo string and cried to my mum'

I once got seriously fucked. Like seeeeriously. Unfortunately when I get to this level I forget a lot of what I do and, often, most nights can be lost beyond 7pm. This usually doesn’t pose too much of a problem. Anyway, I had one of these insane nights and woke up the next morning in my own bed which was a good start. I went downstairs and sat with my mum at the table for breakfast as normal. She asked me what I got up to and why I looked so rough (she wasn’t aware I drank at this point as I was only 17), so I nonchalantly told her that I had just stayed out with a couple of friends, played some Playstation and came home a bit late. She then proceeded to dispute this by telling me that she’d spent all night consolling me because I’d snapped my banjo string whilst having drunk sex and the pain (and alcohol) had made me throw up everywhere.