Few recent objects have had the cultural impact of Joe Goldberg’s glass box in “You”. Perhaps the Juul can hold an electronic candle to the Netflix supervillain’s cage, but that’s about it. It’s the star of the show and the memes are good.

Up to a point, the box’s existence was accepted and unchallenged. But when season two rolled around, questions popped up about how Joe could possibly have transported the cage to LA.

How the hell did he transport and assemble the glass cage without anyone noticing? Then again it seems to be the quietest storage unit building known to man! #YouNetflix #YOUSEASON2 pic.twitter.com/bQtTpkuIvL

Perhaps he made a new one. Perhaps you want to make your own. Perhaps you’re just curious.

In the spirit of informing the public, I, your faithful servant, set out to find out how much it would cost.

I contacted nine of the UK’s leading glass box construction companies – they exist, and they’re riding the upmarket conservatory wave. You know, after everybody got sick of white PVC conservatories with the little spikes on top and started mainlining Graphic Designs.

This was the spec I settled on in my very serious email. Please note, I was keen not to sound like an actual murderer, but also needed to give the companies a good idea of what I was after. 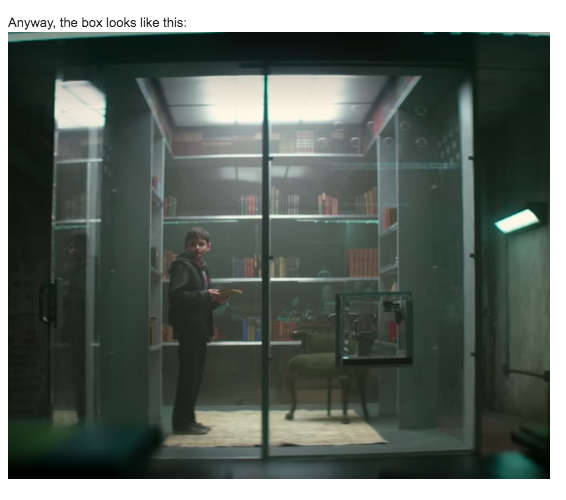 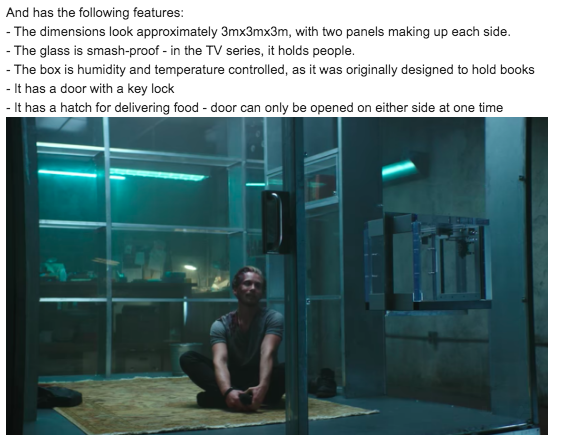 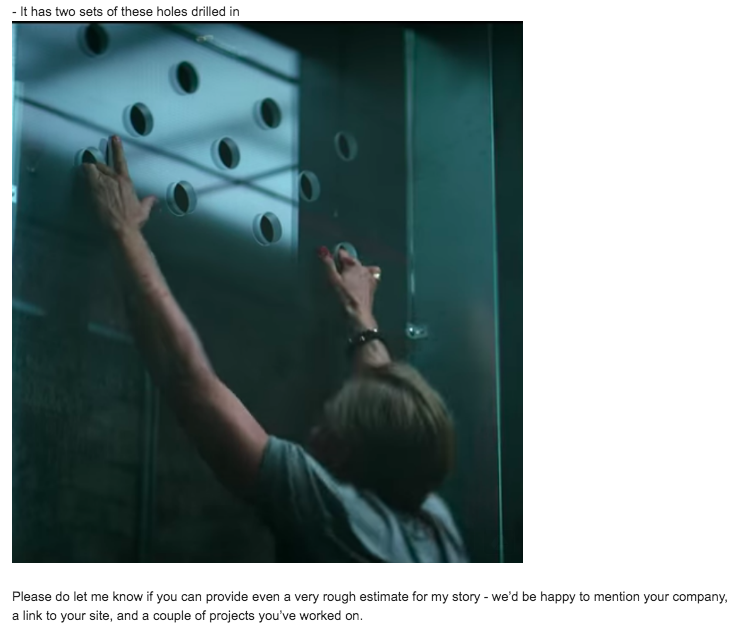 As you can see, I struggled to find pictures without people in. Soon after sending the message, I realise I should have looked harder. But anyway, the bait was laid. Time to sit back and wait.

A few got back to me, evidently wanting nothing to do with the whole enterprise. “We don’t offer anything like you’re asking for,” one told me on the phone very briskly. Another simply emailed back to say: “Sorry but this isn’t something we can help with.”

A further company seemed initially interested, as a man called Darren replied to me to say: “As you said it looks a little odd but please send over the pictures and specifications that you have and I will look through and discuss with my boss.” Eventually Darren sensibly decided he was too busy with other projects to give me an estimate.

However, one did bite and I can reveal how much it will set you back to construct your very own glass box from the hit Netflix series You: a minimum of £60-80k.

Paul, a salesperson at Vivafolio, a company who specialise in “architecture in glass”, started by calling my enquiry a “Truly creepy question!”

On their website, Vivafolio promise to “transform your dark and dull spaces with a custom built roof light or show stopping atrium or let the outside in by opening up whole areas of your home with folding sliding doors or sliding doors. The only limit to what Viva can do with glass and aluminium is your imagination, allowing us to create a range of truly unique conservatories, orangeries and glazed extensions.”

Thankfully, Paul did give me an answer, fulfilling the site’s pledge that “the only limit to what Viva can do with glass and aluminium is your imagination”.

“However, If I was to construct this room with the specification required, It could cost between £60-£80k. Possibly more depending on the location and if you wanted an independent air source.

“I would use a plastic acrylic clear which is bullet resistant and 32mm thick. This is impossible for a person to break.

“I would also consider a lock which couldn’t be picked, like something from the Avocet range, which is pretty impossible to unlock without the key.

“The floor would be steel mesh with a high grade concrete pour and finished with a hard waring resin (just so they can’t dig their way out)!

“I would construct the steel corners and main sub frame from a stainless steel, strong and will not rust over time. This also goes with the fixings.

“Other than that, make sure the outer room is sound proof.

“I hope this helps and I don’t see you on the news in a years’ time!”

Brain full of this information – bulletproof acrylic! A floor nobody can dig their way out of! A frame which won’t rust over time! A lock that can’t be picked! – I was buoyed, and asked Paul if anybody had ever requested something similar.

“You are the only psychopath I have come across!” Paul replied.

“I would imagine however if someone was to build this kind of facility they would construct it themselves in order not to alert the authorities!”