Jeremy Corbyn has apologised for Labour anti-semitism, following controversy over the party’s handling of the scandal and his apparent personal reluctance to apologise.

In an interview with Holly and Phil on This Morning, Corbyn said: “I’m very sorry for everything that’s happened but I want to make this clear that I am dealing with it”.

Last week, Corbyn refused four times to apologise for anti-semitism in the Labour party during an interview with Andrew Neil.

Pressed by Philip Schofield, hangover-haver turned political rottweiler, Corbyn got as far as: “Can I make it clear, I and other parties-” before the exchange became marked by interruption on both sides.

Corbyn: “I and other parties-”

Corbyn: “Come on, let me say it. Can I just say something? Our party and myself-”

Phil: “I want you to say sorry”

Corbyn: “Our party and me do not accept anti-semitism in any form”

Phil: “So are you sorry for anything that’s happened?”

Corbyn: “Obviously. Obviously I’m very sorry for everything that’s happened but I want to make this clear: I am dealing with it. I have dealt with it.

“Other parties are also affected by antisemitism. Candidates have been withdrawn by the Liberal Democrats and the Conservatives and by us because of it. We just do not accept it in any form whatsoever.” 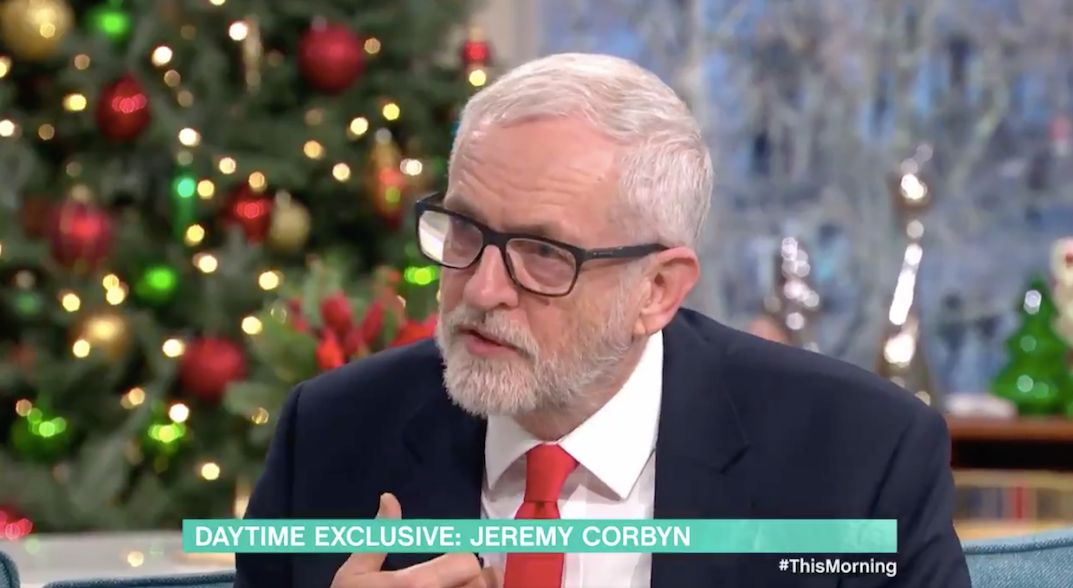 Corbyn had apologised for the handling of the scandal in the past, but the issue flared up again when Chief Rabbi Ephraim Mirvis described Labour party anti-semitism as “poison sanctioned from the top”.

“I recognise that antisemitism is a poison and it’s very dangerous. If it’s allowed to run on, you know what happens. You know the history of Europe in the 20th century.

“But any other form of racism is equally unacceptable, Islamophobia or anything else.”

• Jewish students react to Corbyn not apologising for Labour anti-Semitism

• Just a collection of the worst things Boris has said about women, people of colour and LGBT+ people

• ‘I’m fearful for my safety’: Jewish Notts students on a Corbyn government