Just a collection of the worst things Boris has said about women, people of colour and LGBT+ people

Pick the worst I dare you

It's no secret that Boris Johnson has let a few unsavoury things slip from his mouth. Much to his frustration, they keep coming up again and again during the election campaign.

Having them all in one place is…wow.

What Boris Johnson has said about LGBT+ people:

Infamously, Boris referred to gay men as "tank topped bum boys". He refused to apologise on Question Time last week when asked about this.

For some reason, Boris Johnson also suggested gay marriage was one step away from bestiality. In an actual book, titled "Friends, Voters, Countrymen, he wrote: "If gay marriage was OK – and I was uncertain on the issues – then I saw no reason why a union should not be consecrated between three men, as well as two men, or indeed three men and a dog".

If that was too eccentric for you, he also called teaching about gay people in schools "appalling". Johnson wrote: "Labour's appalling agenda, encouraging the teaching of homosexuality in schools, and all the rest of it."

For puerile, try Mayor of London Boris Johnson said gay men take their husbands "up the Arcelor". Such was his pride over the Olympics, this was Johnson referring to the big red ArcelorMittal tower in the Olympic park. 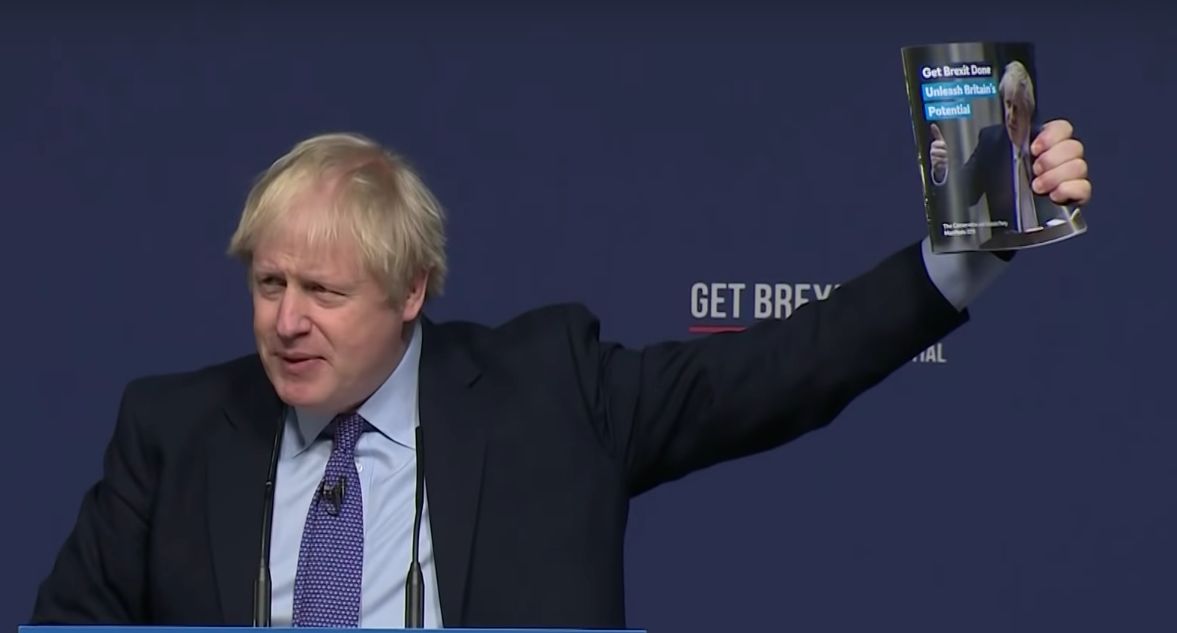 What Boris Johnson has said about people of colour:

To jog your memory, Boris Johnson used a Telegraph column to call Muslim women who wear burqas "bank robbers and "letter boxes". This wasn't in the distant past, though. It was last year.

Asked about it last week, he said he was really, actually, "mounting a strong liberal defence of the right of women in this country to wear what they choose".

Then there's the infamous "piccaninnies" with "watermelon smiles" description of black people, which he said in the Telegraph in 2002.

In a column titled "Am I guilty of racial prejudice? We all are", Johnson admitted that a "bunch of black kids" caused him to "turn a hair".

To give you an open goal to punt your judgement into, he added: "If that is racial prejudice, then I am guilty".

After Barack Obama took a bust of Johnson's idol Winston Churchill out of the Oval Office, Johnson suggested Obama had an "ancestral dislike" of the British empire.

Again, another bad colonial take, wrapped up in some dodgy language. In 2002, Johnson wrote in The Spectator: “The best fate for Africa would be if the old colonial powers, or their citizens, scrambled once again in her direction; on the understanding that this time they will not be asked to feel guilty.”

“How can I put my faith in a leader when that same leader likens me to a letterbox?”

This audience member, who is an English teacher, criticises Boris Johnson for previous comments he made about Muslim women in burkas. #bbcqt pic.twitter.com/yzswGBIl7J

What Boris Johnson has said about women:

On Question Time, Johnson claimed he has "always stood up for gender equality". Judge for yourself:

What would Johnson do when a female colleague offers advice? "Pat her on the bottom and send her on her way," he wrote in a valedictory piece on leaving as editor of right-wing mag the Spectator.

His barely-contained horniness came out at Labour conference 1996, when he wrote that "time and time again the 'Tottymeter' has gone of as a young woman delegate mounts the rostrum" in the Telegraph.

At the Telegraph, he apparently had a calendar full of naked women on his desk. Female colleagues complained, but he kept it up.

On the campaign trail to become an MP, Johnson tried to win voters over by saying: "Voting Tory will cause your wife to have bigger breasts".

During the Question Time leaders' special on Friday, Johnson defended his past comments by saying "I’ve written many millions of words in my time as a journalist, and I’ve never intended, genuinely, to cause hurt or pain to anybody. That is my intention.”

“If you go through all my articles with a fine tooth comb and take out individual phrases, there is no doubt you can find things that can be made to seem offensive. That is, of course… I understand that.”