Champagne, vandalism and a 2.1: What Boris was like at Oxford

Boris Johnson is Prime Minister. A billion words have been and will be written about his policies, new cabinet, and private life.

But they don't really give the true measure of the man. What you really need to get under his skin is a collection of anecdotes from his time at Oxford in the late 1980s.

From being far too into student politics and having the girlfriend everyone wanted to getting rowdy with his posh mates and falling short of the first he craved, it's a wild ride.

The Bullingdon Club are notorious for smashing things up on their lavish and wild socials. One night, a potted plant was thrown through a restaurant window and two members of the club ended up in police cells.

Young Boris told people he was one of those to get locked up, writes Sonia Purnell in her biography "Just Boris: A Tale of Blond Ambition". However, friends say it was just Johnson trying to live up to a reputation.

So, at this point, a blond Jay from the Inbetweeners.

His girlfriend was the 'most desired girl in Oxford'

Glamorous and aristocratic Allegra Mostyn-Owen was a big deal at Oxford.

During her time at Oxford, she was on the cover of posho magazine Tatler. Pictures of this were even put up on display on billboards outside colleges. 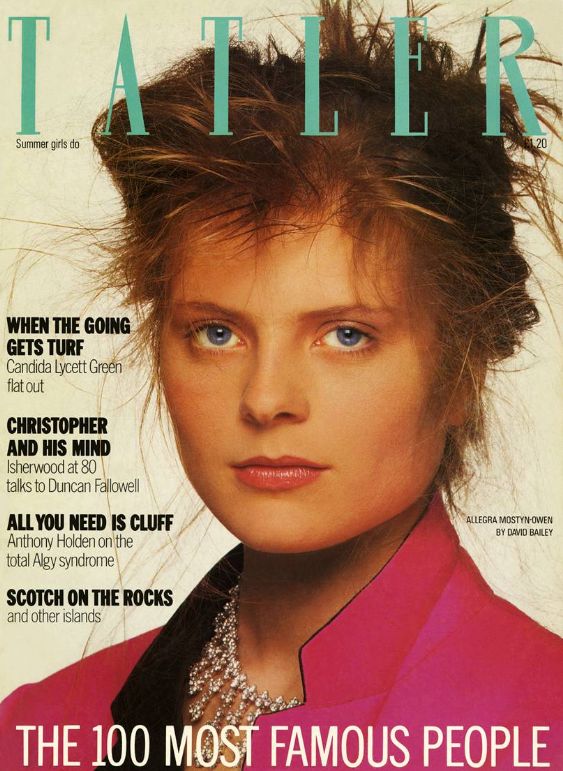 One night, Boris came over for a party at her flat with a bottle of wine. Except it was the wrong night, so all there was to do was drink the wine crack on with Allegra.

From there, the romance blossomed.

"We would leave each other notes several times a day. It’s always nice to get something in your pigeonhole, especially if they’ve got little rhyming couplets," Allegra told the Evening Standard.

Boris and Allegra competed over 'who had the best orgasm'

Boris and Allegra were a BNOC couple. His slightly dishevelled vibe – "sagging cords, ragged tweeds and haystack coiffeur" – contrasted with her glamour to give them the nickname "the Beauty and the Beast".

By the end of their time at uni, their BNOC status had extended outside Oxford, with the national press running diary items on the pair.

It was a relationship which challenged both of them. "They used to compete on everything, even down to who had the best orgasm," a friend told Boris' biographer, Sonia Purnell.

Things were going well enough for them to get married soon after uni, but it didn't last, as Johnson was off to Brussels to start reporting on bendy bananas.

Smashing up rooms and restaurants was all fine, the logic went, because the Bullingdon Club paid their way. Except Boris, who got a reputation for not paying his way after failing to pay £125 towards the costs of one night.

The acts of vandalism were commonplace. A biography of Boris recalls one night where Boris took charge of destroying a new Bullingdon member's room with twelve others. Wearing tail-coats, they managed to break furniture, books, and a hi-fi in friend Radek Sikorski's room. "At the end of the proceedings, Boris is reputed to have shaken Sikorski’s hand and said: 'Congratulations, you’ve been elected'," Purnell writes. 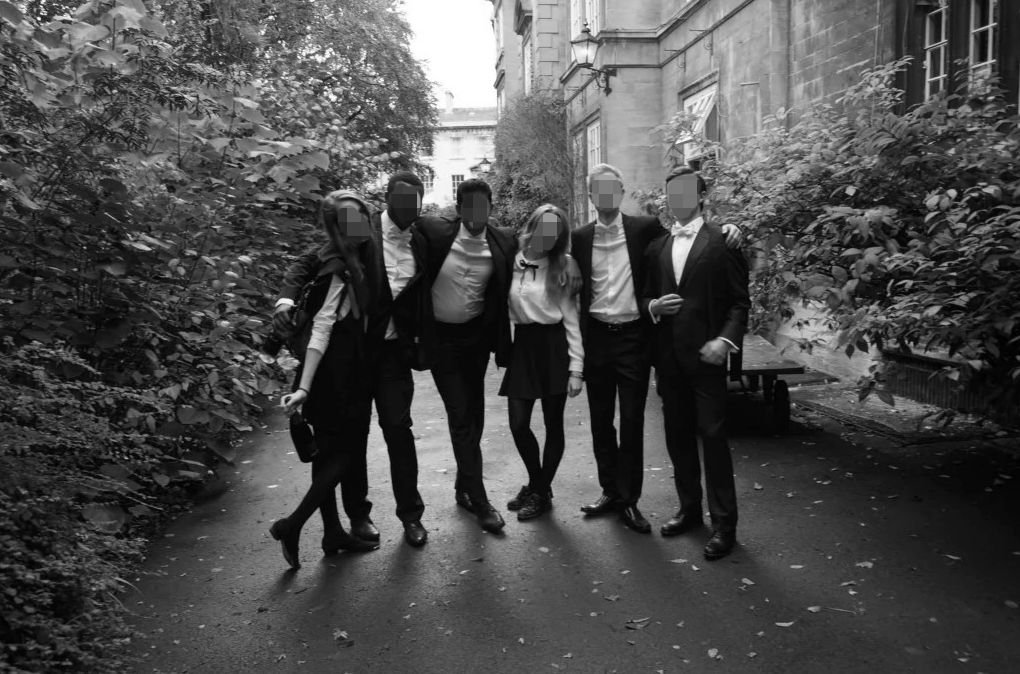 When it came to the actual studying, he didn't work hard enough to get a first

Somebody who quotes Homer and name-checks Pericles at the first opportunity obviously picked up something from their Oxford Classics degree. But Boris set out to get a first and fell short.

“If you’re intelligent enough, you can rub along in philosophy on a couple of hours a week. Boris rubbed along on no hours a week, and it wasn’t quite good enough,” his old tutor told the FT.

In a great bit of foreshadowing by the writers of this weird series, Boris assumed he could get by on bluster and intelligence alone, but came unstuck as he simply hadn't done his homework.

Agonisingly, though, he was only a few marks off, and tutors say if he'd started pulling all-nighters in March instead of May, he might have made the grade.

For an ambitious young Tory, being President of the Oxford Union is the first step on your path to world domination.

Having tried and failed to get elected the year before – his opponent blasted him as a toff – Boris tried a different tactic in 1985.

Despite being a textbook Tory, young Johnson hid his conservative views and rebranded as left-wing. It was "Boris Mark Two". He went to leftie parties and looked beyond his typical circle of posho supporters for votes.

Boris even bribed people, dishing out bottles of red wine to an influential society, in what Purnell calls "a particularly brazen, even crass attempt to 'buy' their votes."

In an example of maybe taking things too seriously, Boris even enlisted a pollster to predict the vote. Frank Luntz, now an America political guru, managed to get it within one per cent of the actual result – which was a landslide for Boris.

Women 'threw themselves' at Boris once he was president

Hearing about Boris Johnson having strings of affairs is always baffling. Something doesn't stack up with the person you see on TV.

In Oxford, though, being in charge of the debating society apparently makes you a sex symbol. "Women threw themselves at Boris when he was president – it's one of the perks of the job," a former "associate" tells Purnell.

Part of being in the Bullingdon Club was, obviously, flaunting your wealth and status. Boris, having all his Eton mates along for the Oxford ride, didn't find this too hard.

One friend tells Purnell about seeing Boris and a few friends on the top deck of an open top bus, holding cases of Bollinger champagne and shouting "Buller! Buller! Buller!"

Although sniffing coke wasn't his forte

Experimenting with drugs at uni is fashionable for politicians now, but Boris' tale of dabbling is less rock n' roll than most.

"What I do remember is once, it being suggested I try a substance that was alleged to be cocaine and I made an effort – I won’t deny – I made an effort to try and ingest this substance, or inhale it, rather – and I failed," he told The Guardian.

"Uh, it was a pitiably small amount anyway. It later appeared that it might not have been cocaine, but rather icing sugar."

In fact, he wasn't that into getting fucked up

For all the wildness going on around the place, Boris himself wasn't one for getting too lit.

He's previously called smoking weed at Oxford "jolly nice", but a friend who shared a joint with him tells a different story.

“It was clear that he had hardly ever smoked and certainly never more than a drag or two. He would never want to get stoned or in fact let it affect him at all,” they told his biographer.

Read more about Boris Johnson, for some reason:

• Boris Johnson has literally put his brother in charge of unis

• These are the best banners from yesterday’s Boris Johnson protest

• Every lame politician who’s admitted to doing drugs at uni