15 disasters that you will inevitably face in Salvo’s

Salvo’s Wednesdays are undeniably the best thing about Uni of York, we all absolutely live for the VK buckets and dream of getting on that stage one day – but here are the inevitable disasters you will face on your big night out.

Salvo’s is the biggest night out meaning you have to queue early to have a chance of getting entry. This strikes the first, entirely self-inflicted, disaster which begins around 7 pm with early pres.

Early pres inevitably means one person in your group will peak too early, seeing a fresher vomming in the queue isn’t a rare sight. 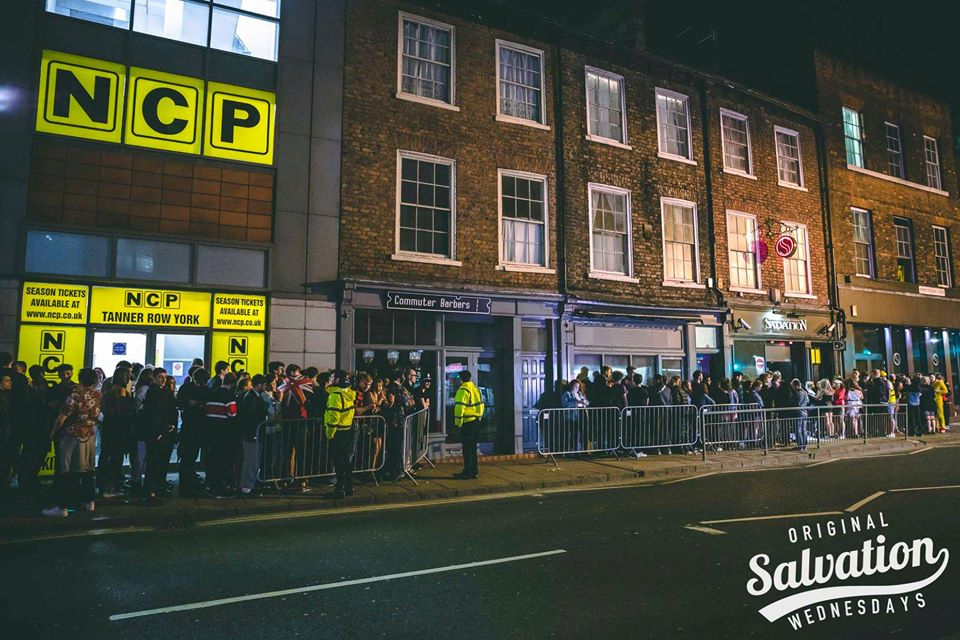 For the people who spent their hard-earnt student loan on a platinum card, you’ll just be in the same length queue like everyone else, only this time around the corner with everyone else who has platinum cards desperate to get in.

Once you make it inside you have to mentally prepare yourself for the next massive queue, the bar. You’ll find yourself battling with a hockey player in a homemade toga to get to the front and order a round of Jägers in.

5) The fatal mistake of being served

You’ve finally made it to the bar and are being served, before you know it you’ve ended up buying VK’s for all your housemates, then their course mates, then their housemates then a guy called Ben who you’ve been chatting to in the queue. Never believe “I’ll get the next round”, by the next round you’ll either have lost half your mates or they’ll be passed out in some cheesy chips in Salt and Pepper.

6) Always down your drink at the bar

All experienced Salvo’s goers will know that downing your drink is a must, you’ve learnt from the mistakes before where you’ve attempted to carry it to the dance floor and it ended up being knocked and chucking it down the back of a cheer-leader in front of you. 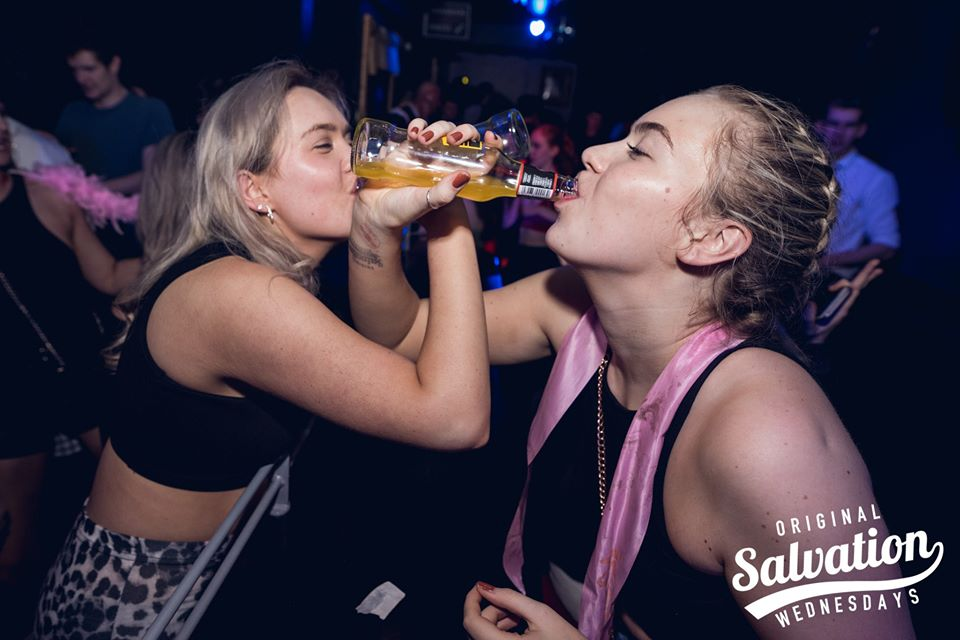 7) The dance floor is a battlefield

Once you make it to the dance floor, be prepared to use some serious elbow power to make yourself a space in between all the socials – warning rugby boys occupy 85 per cent of the floor.

8) You’ve finally made it on to the stage

Your mates decide it’s a good idea to dance on the steps next to the DJ. You request your favourite song, which is never played and then you inevitably get pushed straight back on to the dance floor.

This is around the point where you’ll start regretting wearing your coat, better to brave the arctic temperatures in the queue than to sweat inside, trust me. 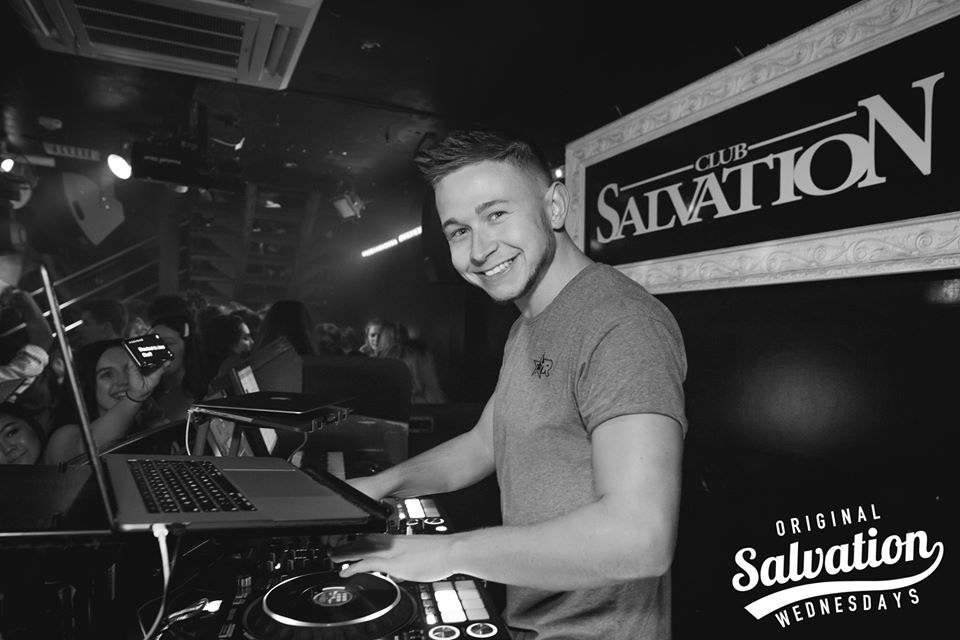 Note the girl whose song will never be played

The playlists are wild you go from hearing Freaky Friday mixed in with Fisher’s “I’m losing it” and then then the opening of Lion King’s “circle of life” blasts out, to which everyone screams “NAAAAAAAAAAAAAAAA.”

11) How is it possible that every single person I’ve ever met is here?

York is a small place, but Salvo’s dance floor is an even smaller place. Be prepared to run into every single person from your time at uni, including the James footballer you can no longer look in the eye (we all have at least one) 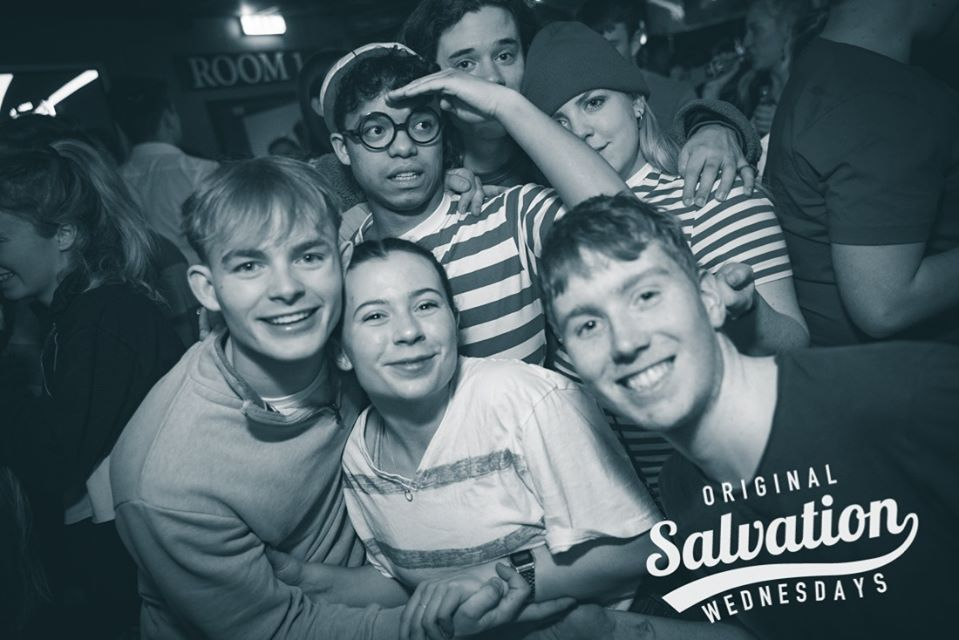 12) Double toilets are a life saviour

It’s usually around this time you and your mate decide it’s a good plan to go for a wee in that cubicle with the 2 toilets (has anyone ever actually figured out why that’s a thing???) and before you know it you’ve been MIA for over 2 hours having the longest DMC.

13) Smoker’s area is the sauciest place

Gets to that time of night when you need some fresh air so naturally, you go to the smoker’s area. It has the plus of still basically being inside and you get to see all the drama unfold.

At the time you are at least seven VK’s in and think it’s an amazing idea for the club photographer to capture you and your mates having the best night ever. You wake in the morning to a horrendous picture where you look so drunk your eyes are practically closed. Remember not one single person ever has looked good in a Salvo’s pic.

Sadly the night has come to an end and you stumble over to Salt n Pepper for your cheesy chips before waiting for the 66, thinking you can’t wait to do it all again next Wednesday.