All lectures on Hes West have been cancelled from midday today after there was a major disruption to the water supply on Hes West campus this morning.

The library is also shutting at noon, as the disruption has caused all the library toilets to close.

Staff, as well as students who do not live on campus, have been told to go home. Teaching on Hes East remains unaffected.

The disruption was caused by a sewage overflow in the car park down on Wentworth Way. Buildings affected include Alcuin College, Biology, Library and the Sally Baldwin buildings. 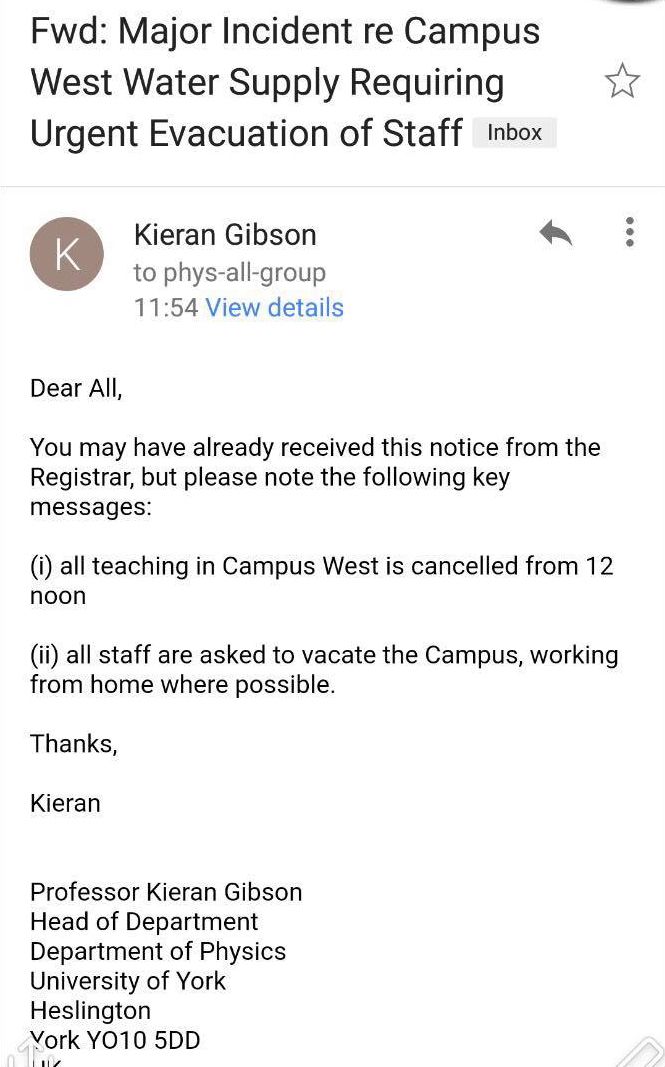 In an email sent by the Economics department this morning, students were told: “From 12 noon today all teaching on Campus West is cancelled. There is no water supply to the west campus and therefore we can not remain open.

“Teaching scheduled on Campus East will carry on as normal.” 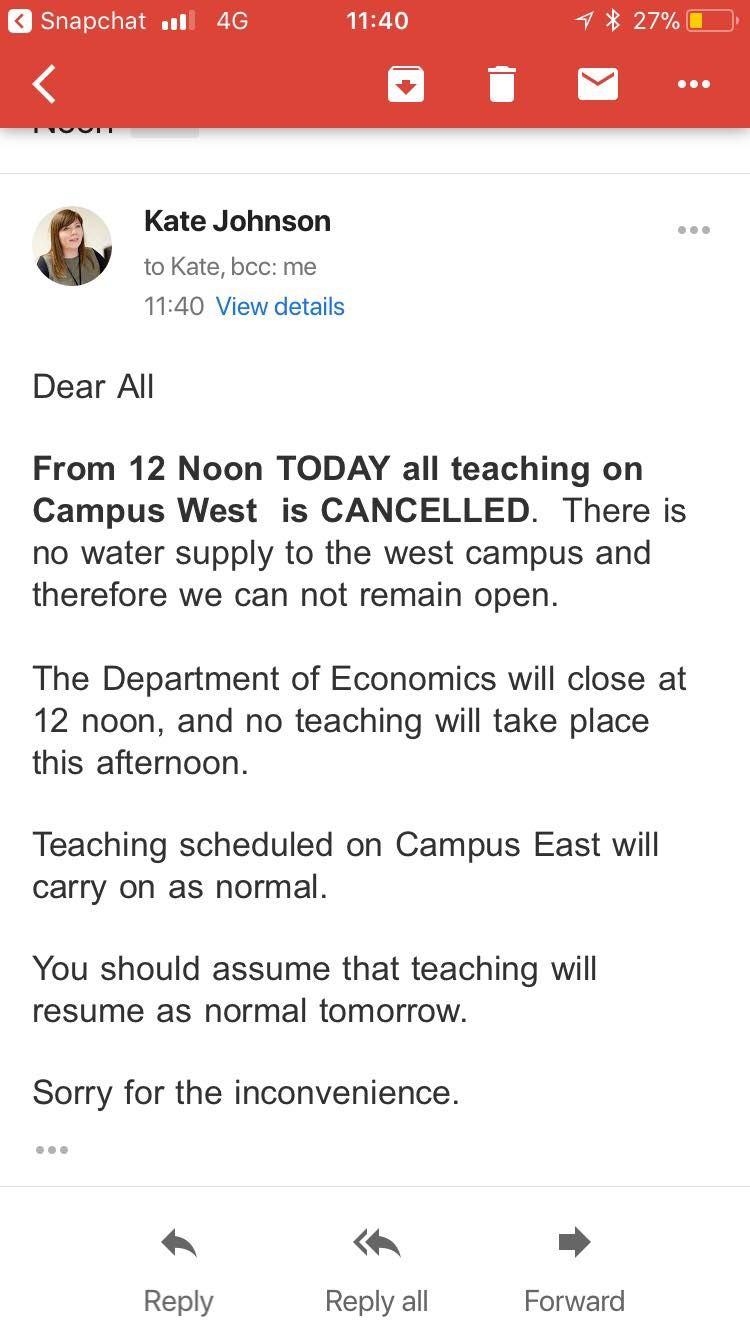 Courtyard has also stopped food service due to the incident. 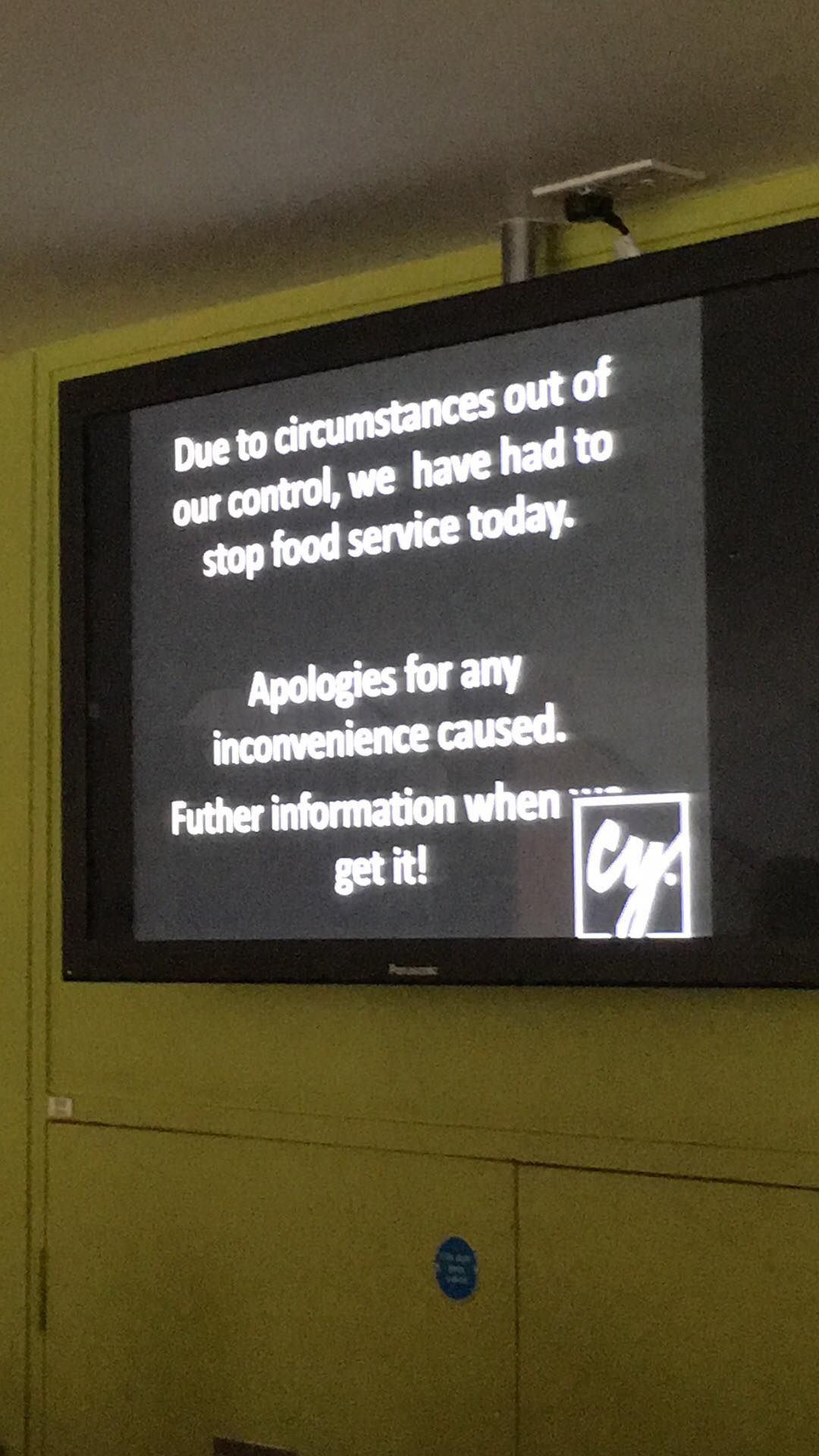 In a statement emailed to all students, the University of York said a Major Incident Response Team (MIRT) have been sent out and all students who do not live on campus have been asked to leave.

The MIRT team will be bringing portaloos to campus (near Central Hall and also Wentworth College) as well as distributing bottled water.

Extremely normal day at the University of York. pic.twitter.com/bWESTf6Pjc

James College students will be able to eat catered dinner at the Roger Kirk Centre, and bottled water is being delivered to the reception but only enough for one bottle each. 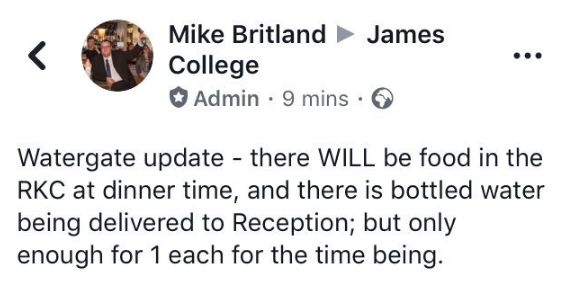 As if the university has been evacuated because of a water leak and @URY1350 is playing flood related music pic.twitter.com/MmUHzCTD6t

All lectures cancelled after noon will be rearranged. The library issued the update on their Twitter feed, adding, they will provide updates as to when the building can be opened again. 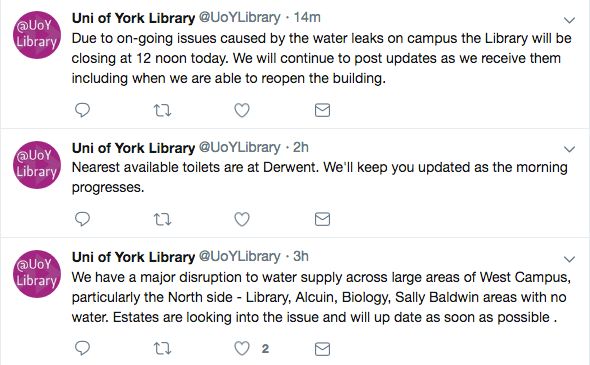 We will bring you updates as we get them. If you have any pics of the flooding or information regarding this story please message us confidentially on Facebook or email jonny@thetab.com