Ditch the personality tests, star signs and all those divisive questions like: which Love Island boy you should've coupled up with and which confessions page has the best banter.

Sure, Scorpios are way too intense and if you think the best takeaway in the country isn't Vialli's in Warwick you’re just wrong, but what you really want to know is how many of the following boys you’ve had the unfortunate luck of experiencing, or better, which Uni Boy™ you are.

Couldn’t be starting off this list with anyone else. Definitely niche; as the Econ Boy (read on) will inform (mansplain to) you: the limited supply and high demand really inflates their social value far past what it should be.

The Rower definitely went to a private school, he wears vintage Ralph and he just won’t shut up about being in the naked rowers’ calendar. Alright, fair enough, his bum does look great in that April shot, but you’re not going to tell him that. Then again, he doesn’t need you to. 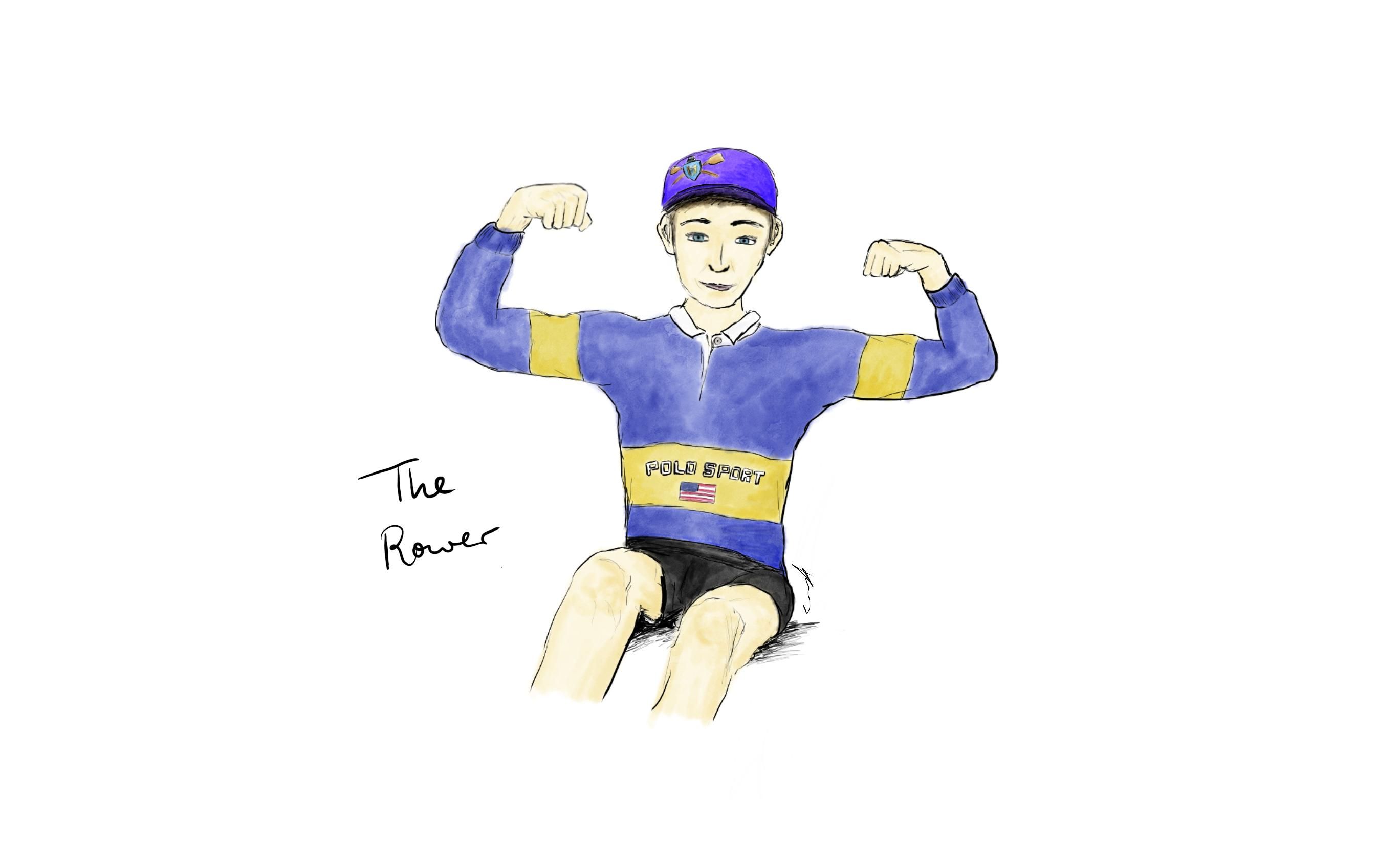 This guy is that sullen, silent type. He’s not quite out of that Tumblr emo phase, but under the mop of hair he’s actually pretty fit. You met him in your seminars, he acts like he’s all deep, but he never contributes those thoughts to the class. You’ve never even SEEN him anywhere else, let alone with anyone else – does he have friends? He has that same vibe as Jughead from Riverdale – “I’m weird. I’m a weirdo. I don’t fit in. And I don’t want to fit in.” You’ve also only ever seen him in that one hoodie. It’s probably the only one he owns. He only ever brings one (1) pen to class.

Gap Yah 2.0. He’s fresh from his year abroad in Australia. Tanned, tall and covered in tie-dye, everything reminds him of “that time down-under where…” He’s adorned in all the leather bracelets and little beaded charms from his days on the beach near Monash, and he’s got So Much Life Experience now he’s spent a year soaking in the sun and getting 40% just to pass the year. With all that wisdom, all he got was a dodgy stick and poke tattoo of a kangaroo on his ankle. 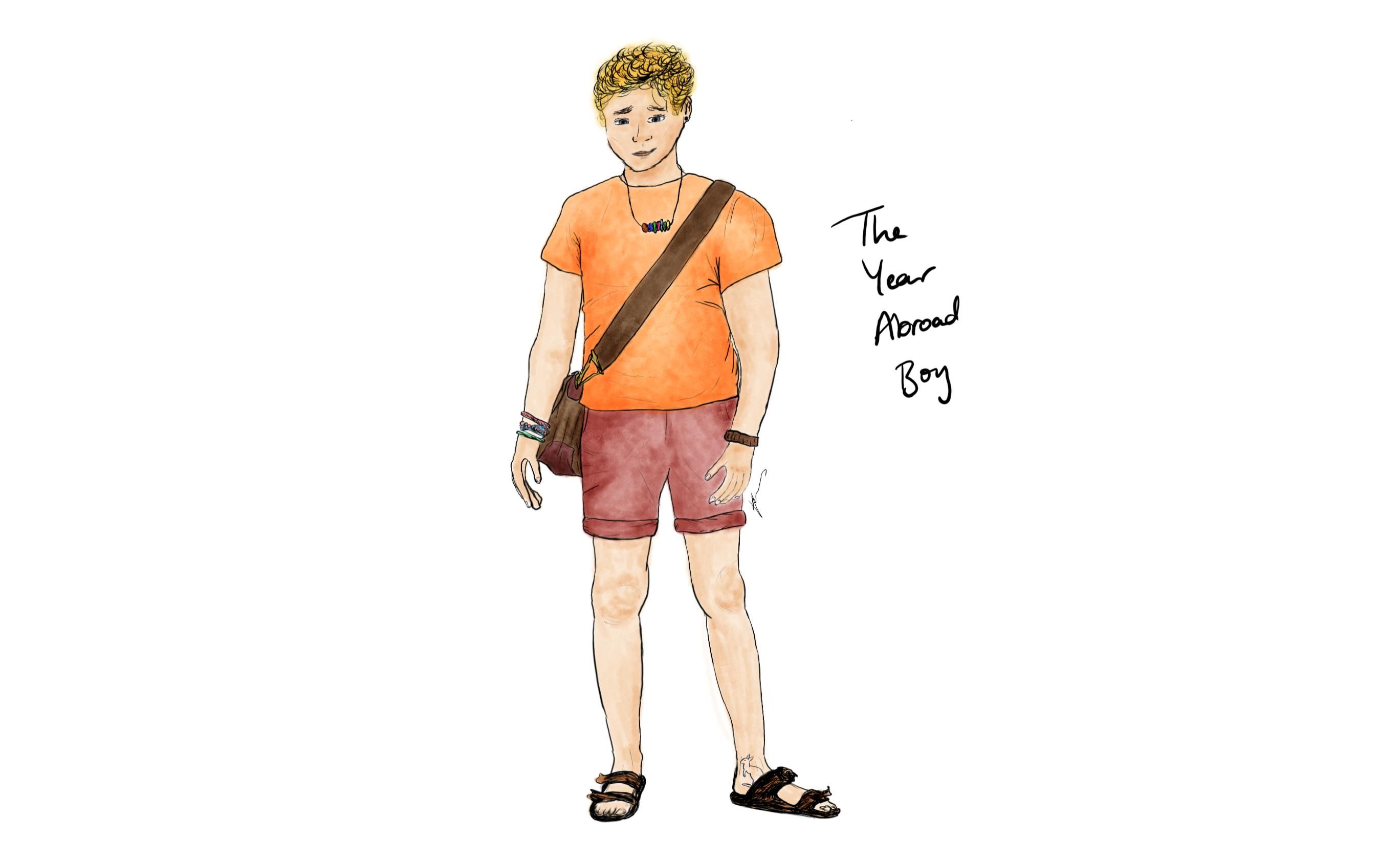 The shorts don't match the British weather, it just gives him an excuse to tell you how much he misses the Australian sun

Skskksk. You’ve read all about how to live your best VSCO life at Warwick, now meet the guy who took offence to that article because he used VSCO "before it was cool".

Despite that, he’s always smiling, but has no concept of personal space. He will make your Instagram cool, but everyone will know when you break up because you’ll never quite work out what combination of filters he did to make it look quite like that.

He’s a Tory. It’s in his blood. He most certainly has a trust fund somewhere, and you’ll catch him wearing a suit to the club (pastel coloured, because he’s not all uptight, obviously). This guy just will not stop banging on about LinkedIn, but you’re tempted to put up with it, because he’s so going to walk straight into a grad job at JP Morgan. 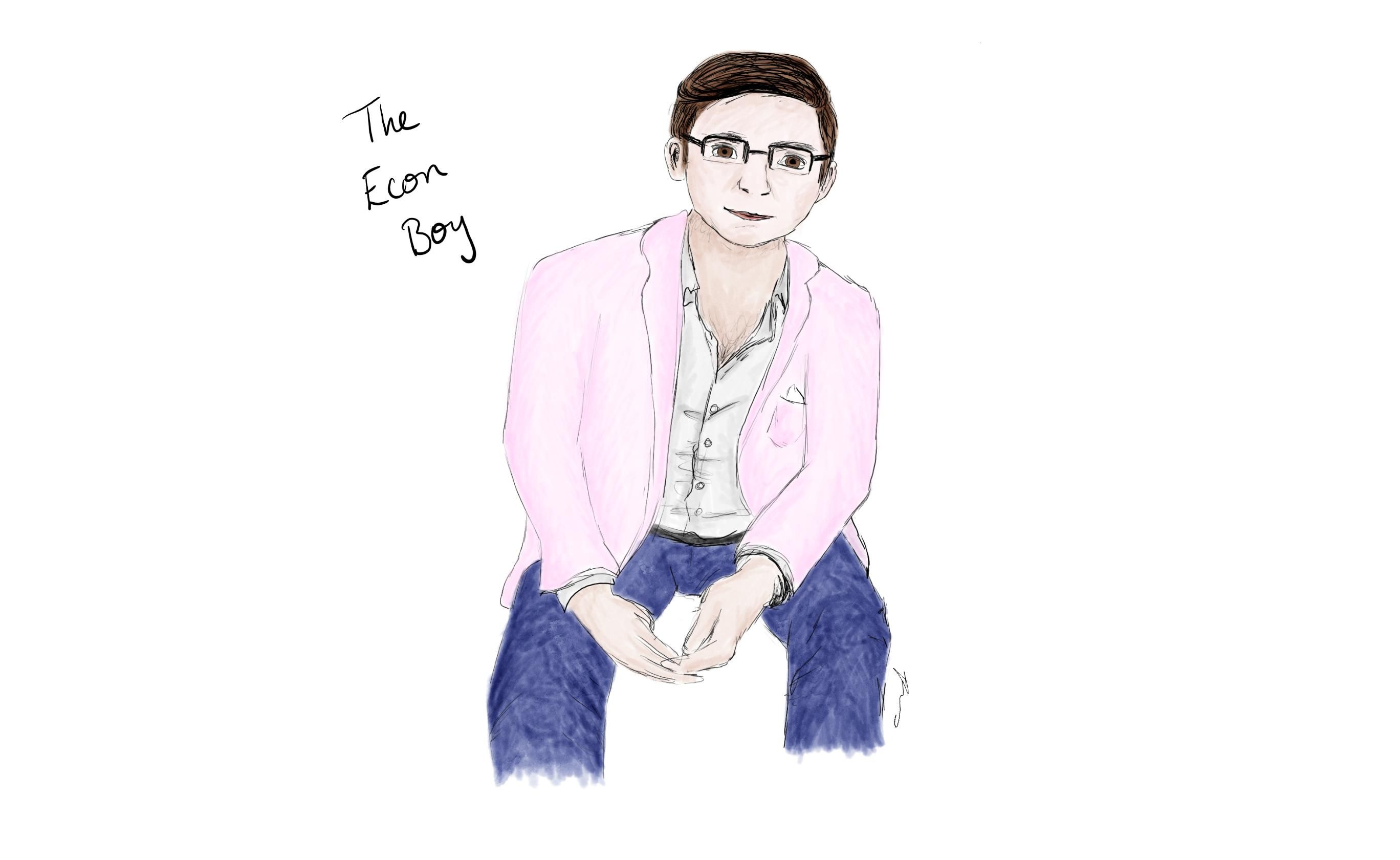 Manspreading and mansplaining, all wrapped up in a neat salmon pink suit jacket

He is, invariably, always, no matter the weather, wearing his personalised black Warwick sports team jacket. If he’s not carrying a gym bag, it’s because he’s in the gym. Unless you too are a Sports Lad, you will never reach the level of passion he has for working out. Never. Your constant feigning of enthusiasm goes unnoticed though – he’s too busy checking himself out in the mirror.

Classic. He studies Theatre, or Film Studies or English Lit. His hair is dark, he probably has curtains, and it’s always a little greasy but in an edgy cool way like Robert Pattinson circa 2011. There’s a Clockwork Orange poster in his room, he only smokes rollies, and he wears the same combo of black jeans rolled up at the ankle with white socks and dirty black and white vans every day until he dies. 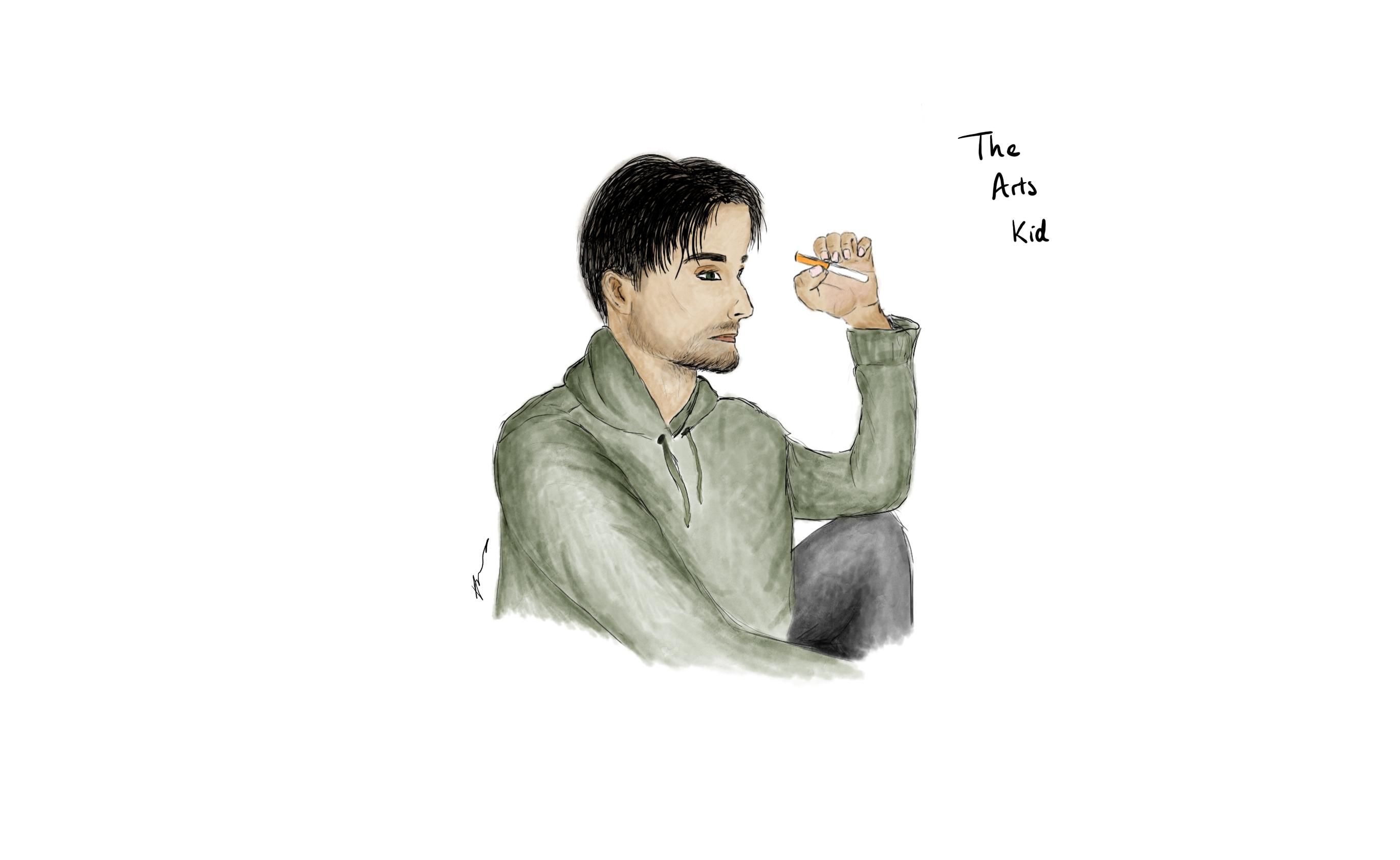 You guys will go on two dates and then he'll tell you your "vibe is off", whatever that means

He’s probably a vegan. A very, very passionate vegan. He’ll make this huge point of ordering a soy/almond latte, and then drink it out of a disposable cup that he doesn’t even recycle, because adding a reusable travel mug to his rucksack would put too much weight on his shoulders when he’s already so worried about the planet. He suits a man bun, but he doesn’t let you borrow something from his hip collection of jackets when you’re cold, because he’d be lost without his signature look.

He doesn’t go here. Not in the year 11 I-made-up-I-have-a-boyfriend way, although looking back on it, you kind of wish maybe he had just been someone you made up. Maybe then he’d be more interesting. He’s the equivalent of the ‘horse-girl’ from secondary school, he wears an old washed-out aqua coloured Hollister top and those hybrid hiking-trainers on the daily, and while they don’t clash with his outfit, they just don’t match either. 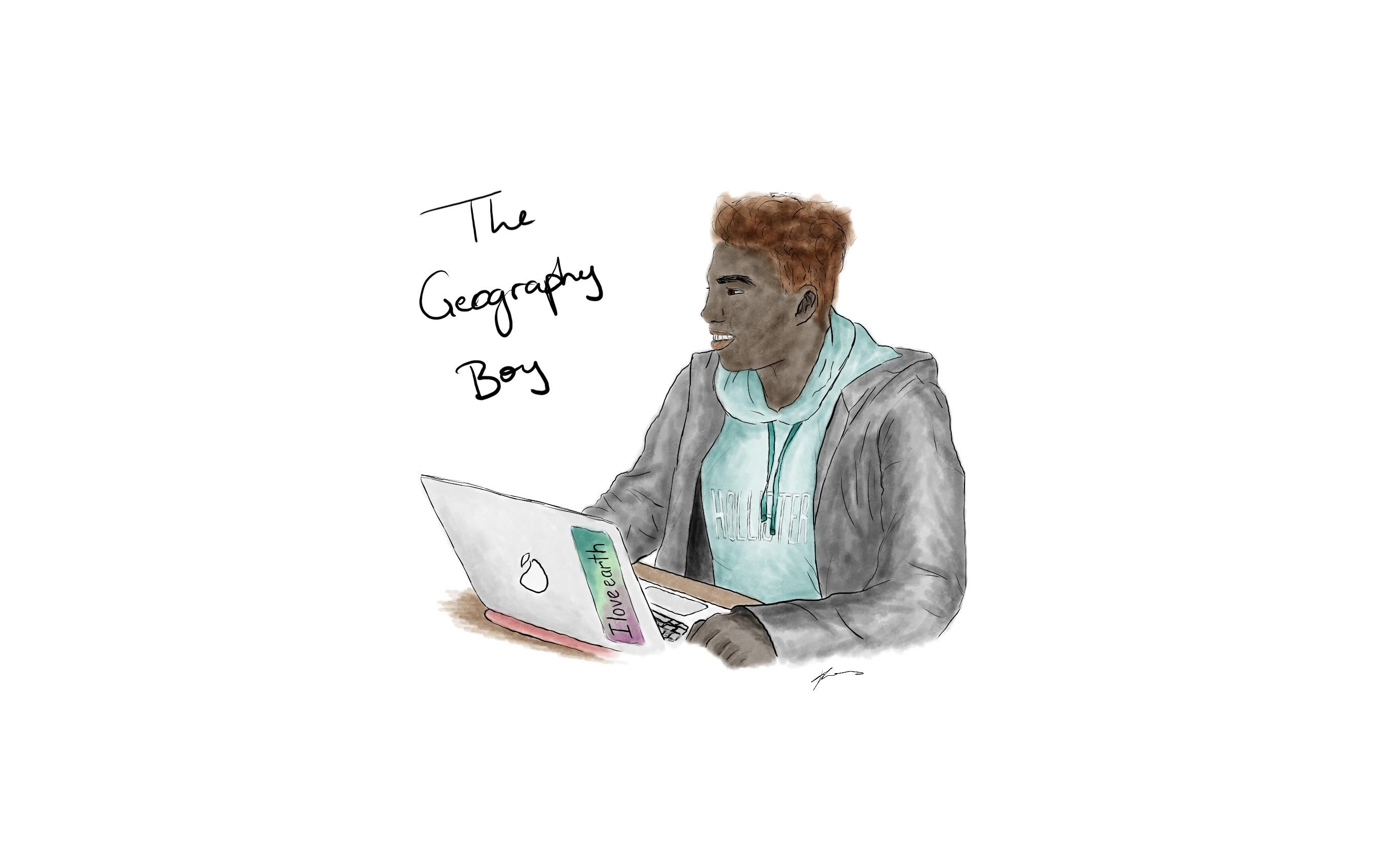 All in all, the specimen at uni are a varied and broad bunch, and we know your Tinder has seen them all. Everyone knows one Econ Boy. And if you're a guy reading this and you don't know anyone, that's because you are the group Econ Boy. Everyone wants to know at least one Rower. That's still a work in progress.

Still, there are plenty of fish in the sea, so don't lose hope quite yet, we've got to save those breakdowns for term 3.

And to the Warwick boys? Up your game xoxo

Named and pictured: The Warwick boys who made rape jokes in their group chat