A Nottingham Student has just been shortlisted the Simon Dyson Volunteer of the Year Award for his charitable efforts with Anthony Nolan. Jesse Lewendon, 21, the former President of Nottingham Marrow society, was instrumental in signing up over 1500 people onto the Bone Marrow register. His work saw a huge increase on donors on the register increasing sign ups by nearly 1100 in less than a year.

On his nomination, Jesse said: “It is very exciting and overwhelming- I didn’t expect it. Getting involved in Marrow made me see how you can have such a big impact on people’s lives and actually make a difference.”

Jesse was heavily involved with the campaign for Lilya, who needed a stem cell match. He said "A very special moment was when her family got in touch with me and asked if I wanted to meet her. She sadly passed away before I got the chance to, but it had a huge impact on me and made me want to keep going. It broke my heart to hear her say that even if she didn't survive, hopefully she could help save others. And now her legacy lives on." 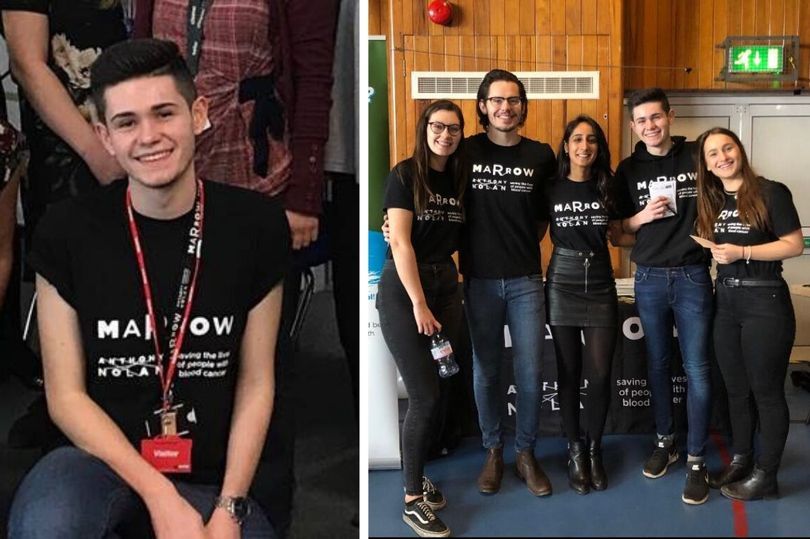 As President of Nottingham Marrow, he also raised over £3000 and hosted 20th Anniversary Marrow Conference.

Henny Braund, chief executive of Anthony Nolan said: “It is remarkable to see how many people support our work to find a match for those in need of a stem cell transplant. Without them, none of our life-saving work would be possible “Jesse has shown tremendous commitment to Anthony Nolan by continuously going above and beyond for the charity.”

Jesse worked with a number of organisations, including the Student’s Union and Nottingham City Council. He helped to provide training and education on Anthony Nolan’s work, and spreading awareness of the register across Nottingham and universities in the UK.

You can sign up to the Anthony Nolan register here and help save lives: