Crisis tried to control the crowd with dancers on stilts

Last night hundreds of students were left stranded outside the biggest Crisis of the year after a gig at Rock City ran on too late.

Over 500 people queued up for the Halloween All-Frighter only to find that themselves stuck outside waiting for those at an earlier gig to leave. 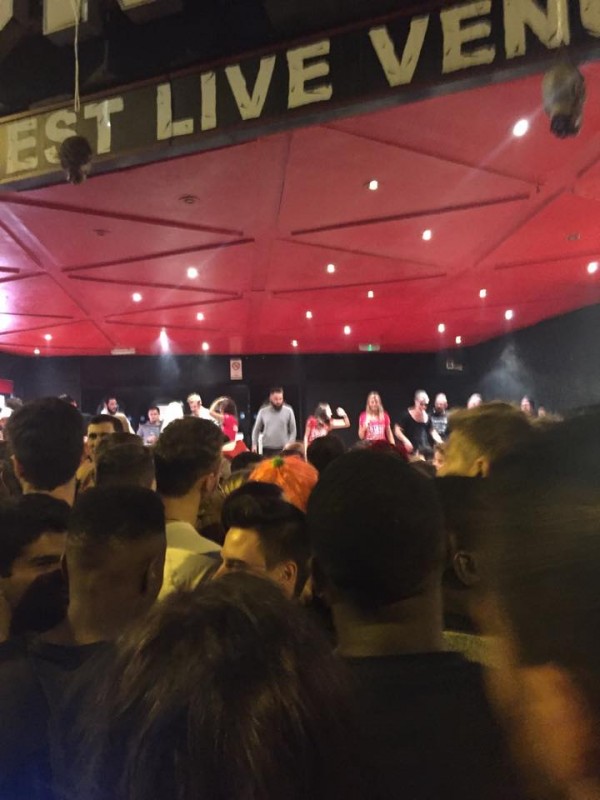 Killing Jokes’ set went on for 15 minutes longer than expected, forcing door staff to bar entry to the nightclub.

Those who attempted to queue up the usual way down towards Rescue Rooms found those leaving the gig were also using this exit, resulting in a mass crush against the barrier. 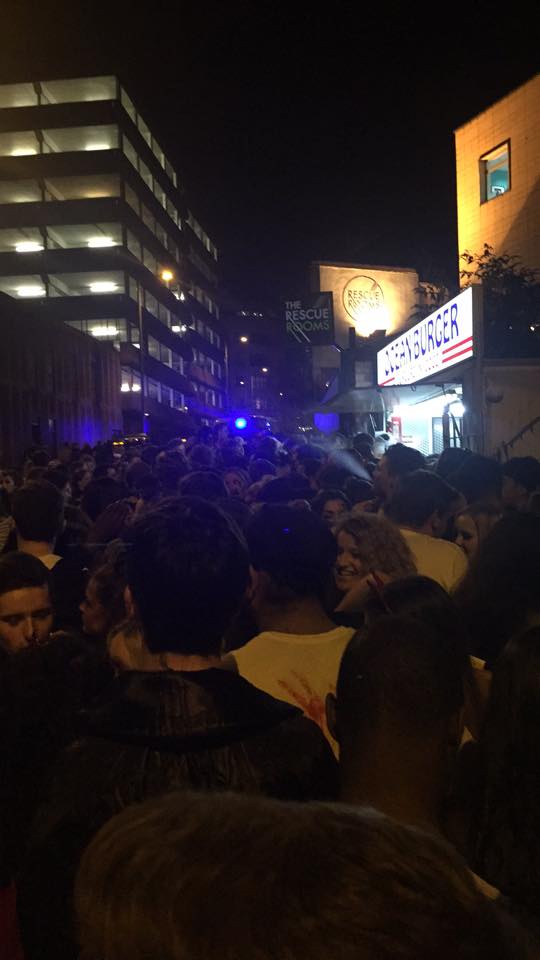 Molly Hytner,an English third year :”My life flashed before my eyes” as she was shoved continuously for over half an hour.

Another student, Rhiannon White, 3rd Year, English was pushed so hard against the barrier she had to climb over it to escape the crowds. 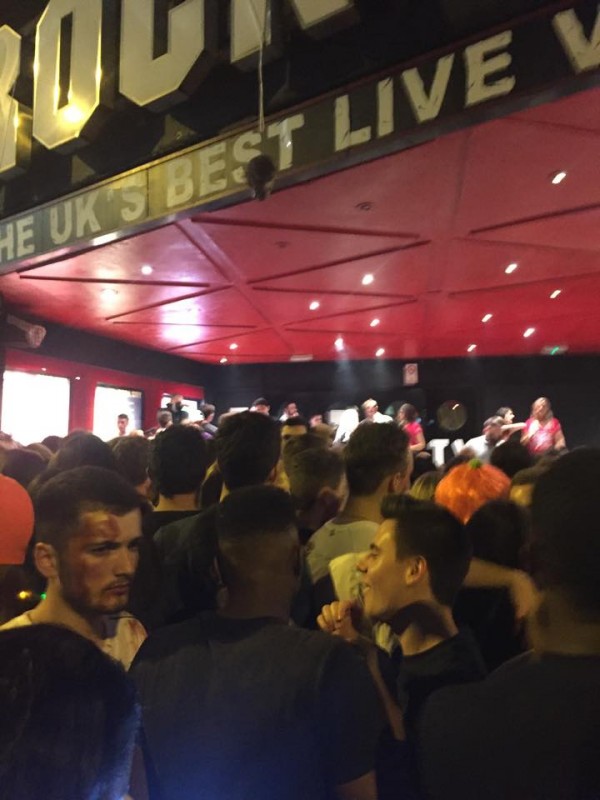 Dancers on stilts were used for crowd control rather than bouncers as the queue grew in size.

Francesca Banks, 2nd Year, English felt her internal organs had been squished and witnessed her friend pleading with the bouncers to let her get out of the queue only to be ignored.

Eventually the police were called to control the crowds as the queue quickly turned into a mass crowd shoving from all directions to get in. 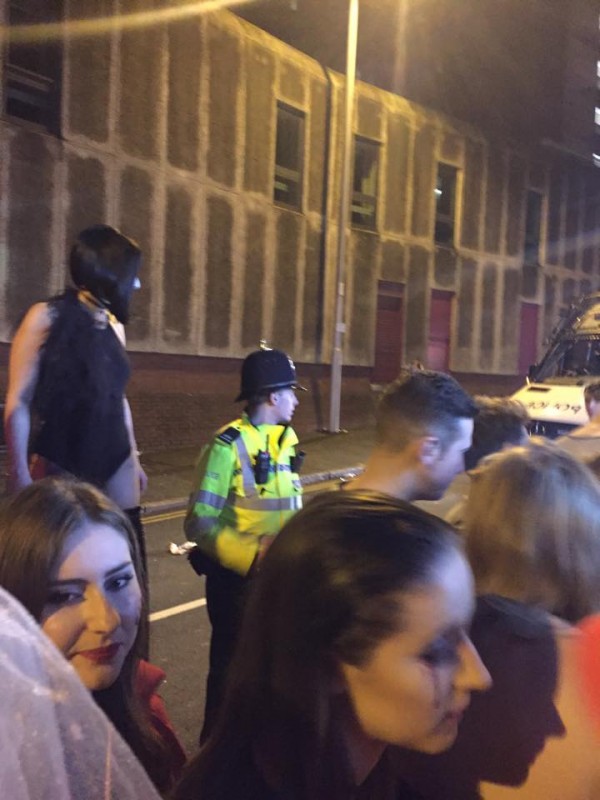 Earlier in the day Crisis urged all students to stick to their ticket times as they predicted it would be a busy night.

Later, students with 9.30 tickets were told they could come for 10pm adding to the already huge crowd.

After around 30 minutes the ticket reps began to let people in but some students had already given up and left.

All ticket types will be extended till 11pm. Sorry for the hold ups. Normal service has resumed

Crisis tried to apologise for the delay but offered no refunds to disgruntled students.