I headed to the bar with a series of concerns. The main one was that I didn’t know the first thing about ale, and as I was heading to Norwich Beer Festival with the Real Ale Society, I had a feeling that lack of knowledge was going to work to my disadvantage.

I arrived late, having agreed to that unexpected expedition about ten minutes before I met up with the society. Left scouring the SU bar for an ‘Emily in camo’, I soon discovered camo is a surprisingly popular pattern among girls! After solving the mystery of which camo-wearing girl was Emily, I joined them as they finished their pints before we headed to the bus.

The bus journey was filled with tales of past society events, from typical antics to hearing of an American they met being arrested on the previous year’s trip abroad!

Upon arrival we bought our tokens and glasses, I settled on a classic pint glass without much idea what else would be better. We were then faced with a seemingly never-ending array of beers, and I certainly looked lost. Fortunately Emily, the President, led the way, explaining to the attendants that I was new to this. I was sympathetically provided with three samples: The first was okay, the second a stout I loudly compared to body lotion, and the third was the clear winner. With a third of a pint in tow, we moved round, and I was introduced to the rest of the committee as more members arrived.

It became a night of tastings, mixed with eclectic conversations over a variety of beers. It felt like being in a pub while speed dating for conversation. As the night moved the conversations grew louder and more random. It started with simple introductions, then went to a more intellectual discussion of beer, and finally we were standing in the international beer section discussing the purpose and effectiveness of protesting. Totally unexpected.

At that point in the evening I was informed of a society tradition: all new festival attendees had to wear a penis-shaped balloon hat. Not really the tradition you’d expect for an ale society! So, as we milled around we were tasked with locating the lesser-spotted balloon sculptors. Down the depths of the hall, just beside the stage we at last located these rare balloon-sculpting individuals. Unexpectedly I was gifted a (I think) monkey. It looked like one but as you can see it was anatomically questionable. Perhaps a monkey with a broken neck? The penis balloon-making marathon commenced and ended, leaving me with head wear I’d never expected I’d possess! 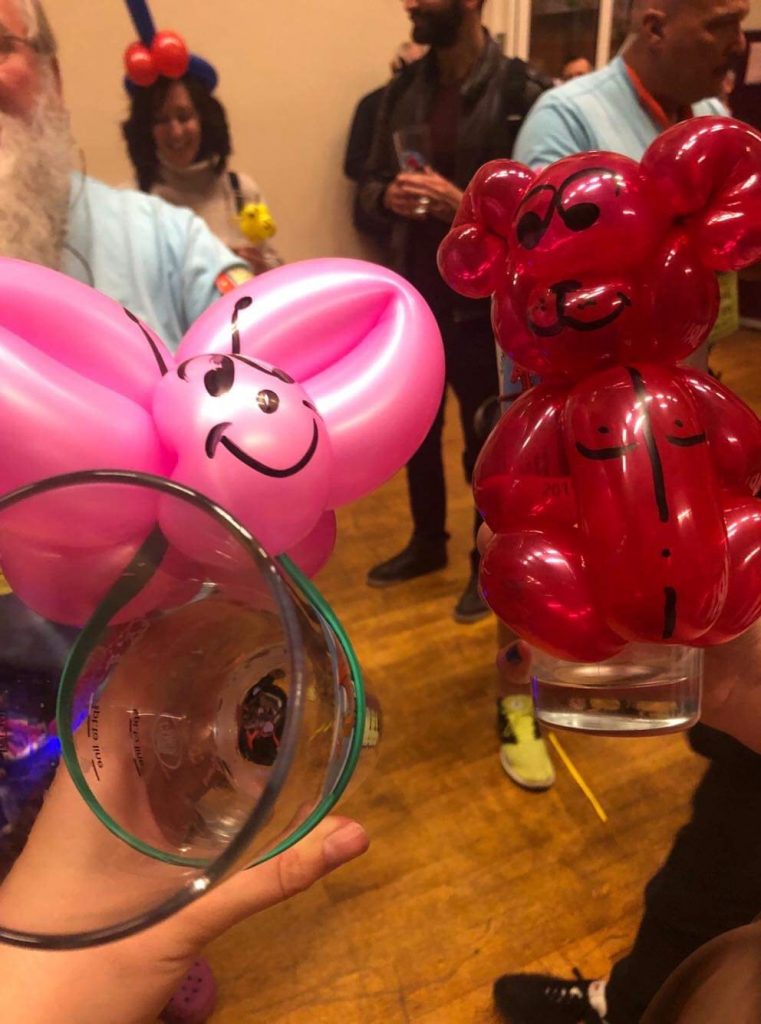 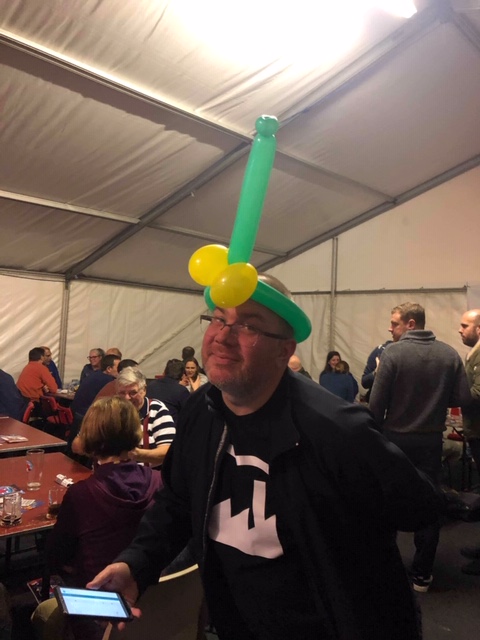 The night ended like any good pub night, over food with the attendees slowly leaving. I entered the evening promising myself I’d stay a couple of hours, only to stay until the festival was closed. Sat at a table, sharing TV recommendations with me loudly explaining why ‘This is Us’ is just the best, I was glad I’d agreed to go on that peculiar social. We walked to the bus discussing the society’s future plans which include a trip to Hamburg and the production of a society ale. I’ll definitely be trying it.

I hopped off the bus, full of ale, bearing a monkey and a penis balloon. I walked home with drunk students stumbling to Damn Good praising my head wear. I truly didn’t expect my night to turn out like that, having planned to do some heavy work, only to end up at a Beer Festival with the Real Ale Society! Honestly, this outcome was so much better, and I’d recommend if you drink beer, cider, or ale to sign up ASAP as it was a really great night!