Over 200 students have been affected

A Just Giving page has been set up in aid of the victims of Bolton student flats fire by the Greater Manchester Disaster Relief Fund.

The fundraiser has been set up to support the over 200 students that were affected by the fire that took place at the Bolton Cube on Friday the 15th of November.

Elise Milward, a student in the Cube told The Manchester Tab: "I was on the fifth floor, everything is destroyed, it looks like the whole building has lost everything because of smoke damage and water damage".

The appeal states: "On Friday 15th November a fire at Urban Student Life – The Cube Student accommodation in Bolton was reported to the emergency services.

"The fire resulted in an immediate evacuation of all occupants.

"Of the 221 rooms 220 were occupied by students with 213 being students studying at the University of Bolton.

"These students are home and international students and had to leave immediately in what they were stood in, they have left with no personal possessions and there is no prospect of returning to this accommodation given the severity of the fire."

Over £9000 has already been raised, out of a goal of £100,000. The appeal is managed by the Greater Manchester Disaster Relief Fund, which is governed by Forever Manchester (registered charity no. 1017504).

The aim of the Greater Manchester Disaster Relief Fund is to provide financial support to victims of large scale disasters.

Donors have been giving their condolences and best wishes to the victims of the fire.

Alan, who was a student at Bolton in the 1980s, was "very shocked to hear of the fire", while Christine and Wilf wish "good luck… with love" to all the victims.

Eleanor Sharples hopes that "help and support" is quickly raised, while Pamela Beasley is "really sorry that this has happened" and is "Glad the students are all safe".

Two people were treated for "minor injuries" on site. 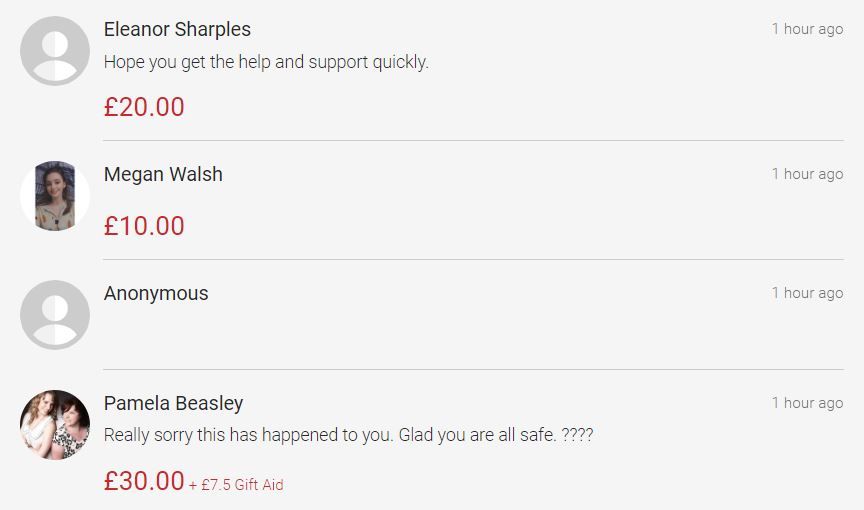 You can donate to the appeal here