‘Thank god I know karate’: An MMU student has been attacked by teenagers on the Curry Mile

They asked him if he had any weed

On Wednesday night, a man was attacked by teenagers on the Curry Mile and sustained facial injuries.

Camm Golden, who studies Modern History at MMU told The Tab: "It was about 22:30 at night and I was walking to go and pick up some clothes from a girl. On my way these five or six lads came up to me asking me if I had any weed, to which I said no.

"One of them was like 'nah nah I don’t believe you', I argued to and fro for a little bit telling these guys that I didn’t want to fight or have to hit them. 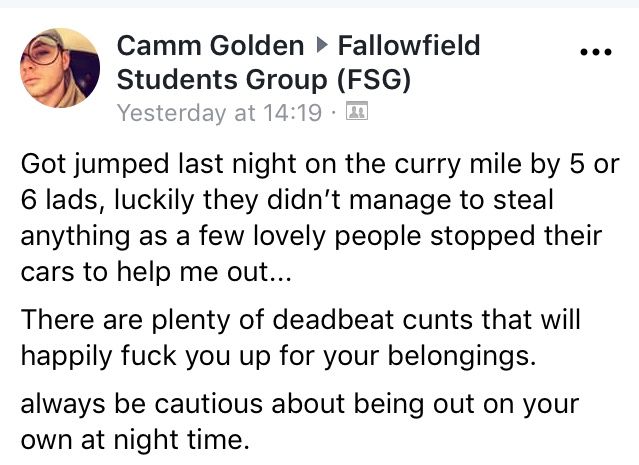 "I said that I didn’t want to have to hit a kid, to which they all started pushing me, getting angry about the fact that I’ve just called them kids.

"I took a punch, and managed to get myself out of the situation because of fighting back for a minute and I managed to hit three of them.

"But I got kicked to the ground but took one down with me and then someone came out and tried to tell me off for hitting them, until two women got out of the car and basically told him to fuck off because they were trying to jump me.

"They all ran after that and nothing got stolen, thank god I know karate." 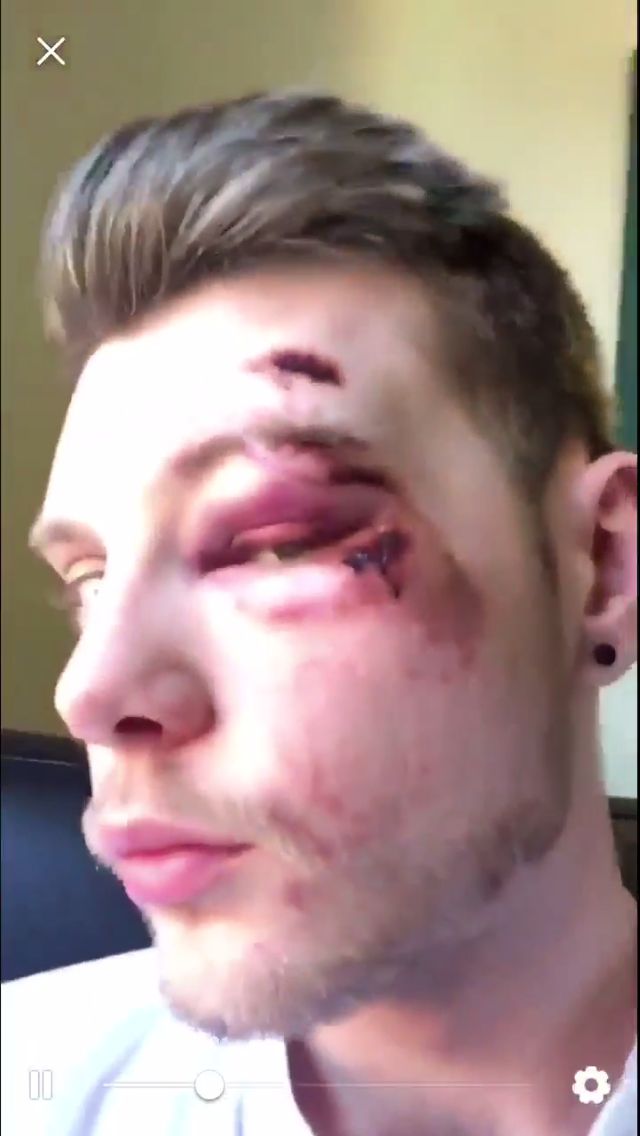 Camm sustained severe facial injuries from the incident, adding: "It was literally just six dumb assholes trying to mug people, walking round looking for people who are on their own. Bellends."