Which Greggs menu item is your uni?

Reading this deffo counts as pro-crust-ination

Literally everyone loves Greggs, with few exceptions. Where else can you get such incredible value for money whilst maintaning such excellent flavour? Keep your Michelin stars and your fancy hipster lunch places (looking at you, Pret) give me a square of pastry filled with gooey goodness any day.

With Greggs' low prices and high calories earning the bakery chain god-like status among students, we thought it was time to answer the question on every students' greasy, crumb-covered lips. Which Greggs menu item is your uni?

Literally no one would ever buy a green juice from Greggs, unless they were a Bath student. Zesty, and full of good things (like kale and celery), Gregg's green juice is much like its Bath student counterpart. Besides, only fit people drink green juice, and have you ever met a Bath student that wasn't fit? 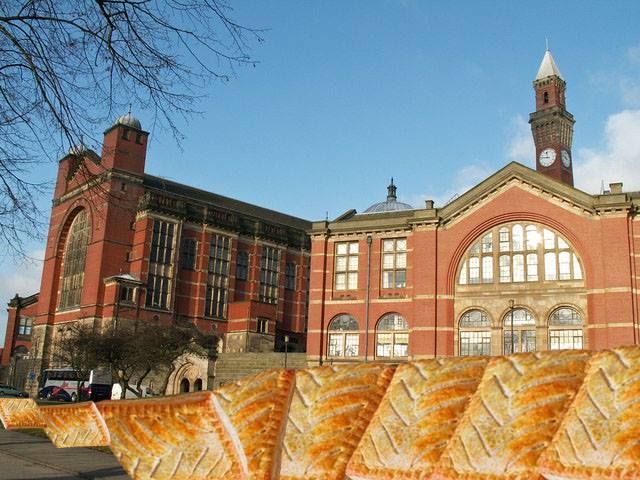 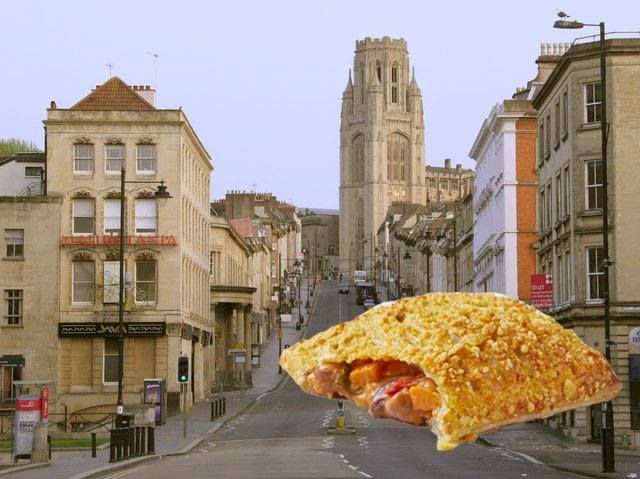 Weird, kind of in your face and (probably) vegetarian, Brizzy students throw caution to the wind when placing their Greggs order. The Nacho Chilli Cheese Bake isn't for the faint hearted, and neither are the Bristol locals.

Literally no Cambridge student ever would set foot in a Greggs, much to the same effect, no-one who ever set foot in a Greggs would order a Gluten Free Brownie. And besides, on the off chance you do ever get to sample one of these coeliac-friendly delights, you'll realise that they're just like regular brownies. If a little less exciting.

Pretty yummy, but pretty basic. You can instagram your Greggs Red Berry Porridge for several reasons – one, it's pink, two – it looks sooo aesthetic against the steering wheel of your Fiat 500, and three – it's Greggs, so it's still pretty normal. 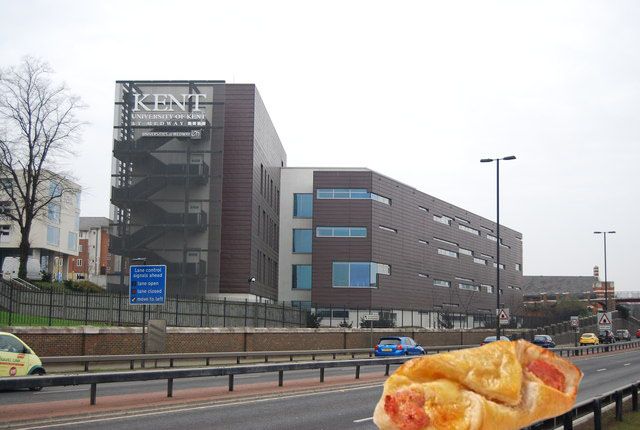 Although the Cheese and Bacon Wrap would like to think of itself as a big player in the Greggs game, it's pretty disappoining. A bit bland and not as good as the other pastries. Also slightly weird?

Leeds like to think they're edgy and different, but in reality sausage and beans inside pastry is still just sausage and beans. The Sausage and Bean Melt may look exciting, but a few bites in you'll realise you've heard (or tasted) it all before. 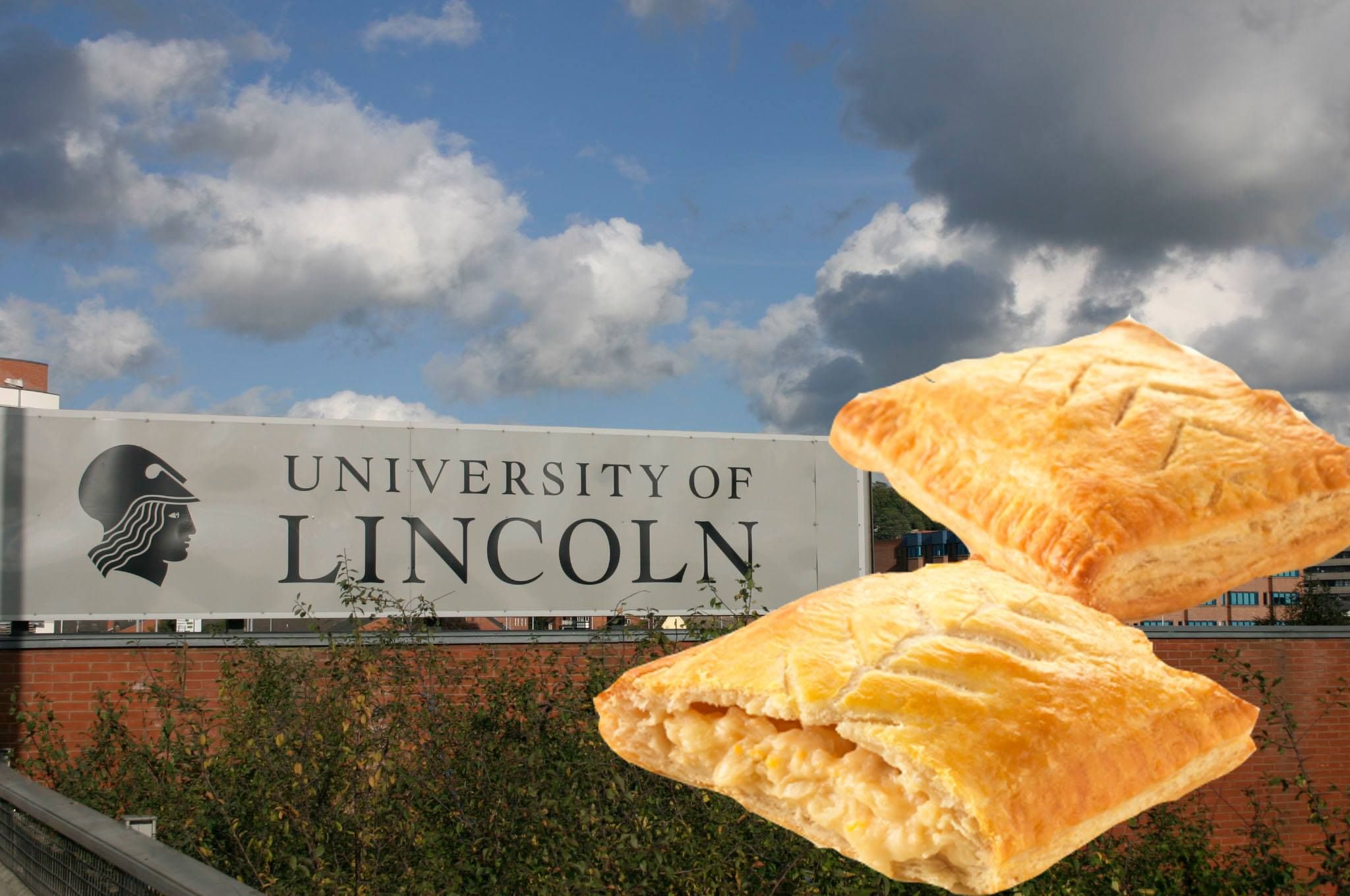 Comforting, safe and generally just lovely. Yeah, the Chicken Bake isn't for everyone but you'd never turn one down. Each bite is like a hug for your mouth. Come here Lincoln, gi'z a cuddle. 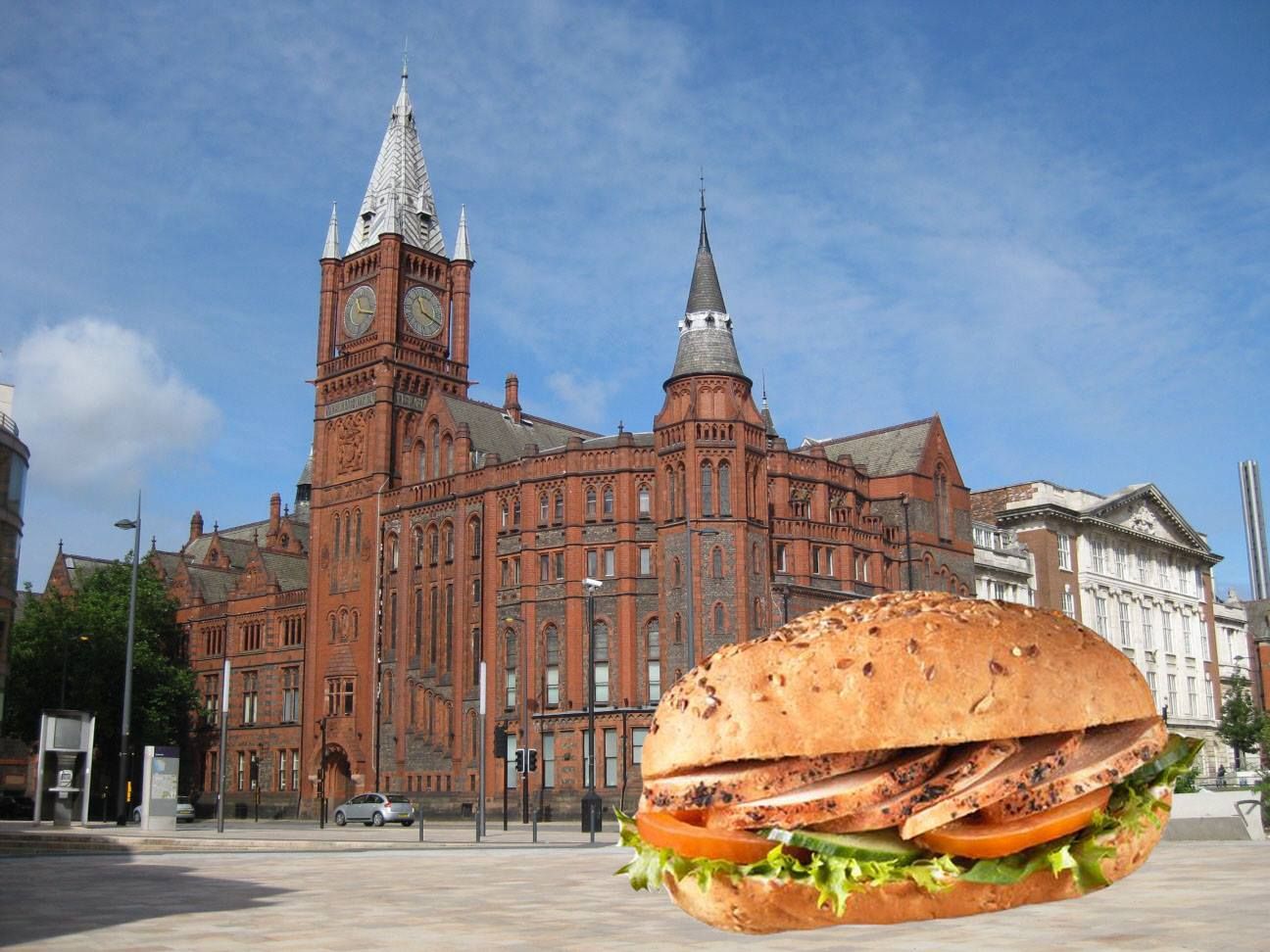 Liverpool are a little on the wild side, it takes balls to order a sandwich from Greggs, and Liverpool students have balls. They're also pretty edgy, so in this case, what is essentially a roll is re-named as an "Oval Bite."

Kings are notoriously a Pret uni (shudder) but we have it on good authority that the occasional Kings student sneaks in to Greggs. When they do, they're flustered and confused, grabbing the most aesthetically pleasing item (sweet, sweet Raspbery Lemonade) and rushing out before anyone from the Pret queue spots them. 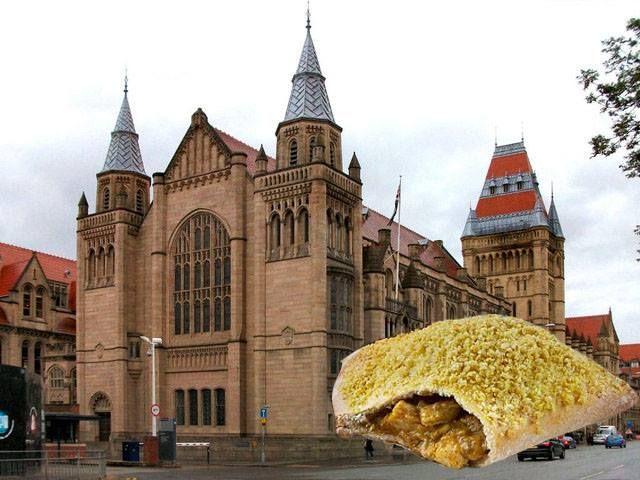 The perfect balance of northern soul mixed with a student haven just on the end of Curry Mile brings to us the Butter Chicken Bake: flavourful, exciting, and wrapped safely in pastry. Manchester students purchase Butter Chicken Bakes because they "remind them of their gap year", but in reality it's because they spent so long in boarding school that they don't actually know how to cook.

No bullshit, simply pineapple, simply legends. Sweet, juicy, a bit bad for you if you have too much. Newcastle students mainly chow down on these to regain some sort of nerve sense to their mouth/ tongue/ jaw the morning after. 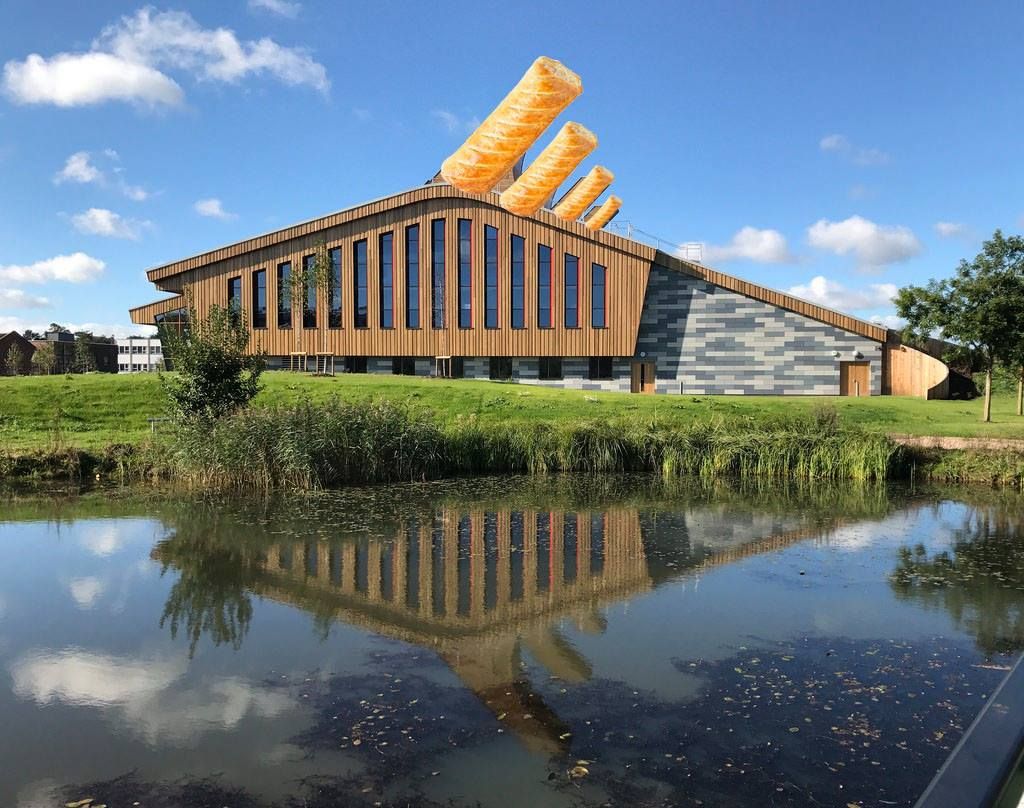 Yeah, Nottingham's alright. Sausage Rolls are pretty nice. Solid, and here to stick around. A bit like Nottingham students though, you can buy Greggs' Sausage Rolls in Iceland.

Everyone has had a Yum Yum, right? Does anyone actually remember ever purchasing one, though? From what you can remember about your brush with them they seemed pretty nice, quite tasty but a bit too sickly for most people's liking. Deffo the one Greggs pastry you'll regret the next day.

Oxford students order their Steak Bakes medium rare. This is a fact. 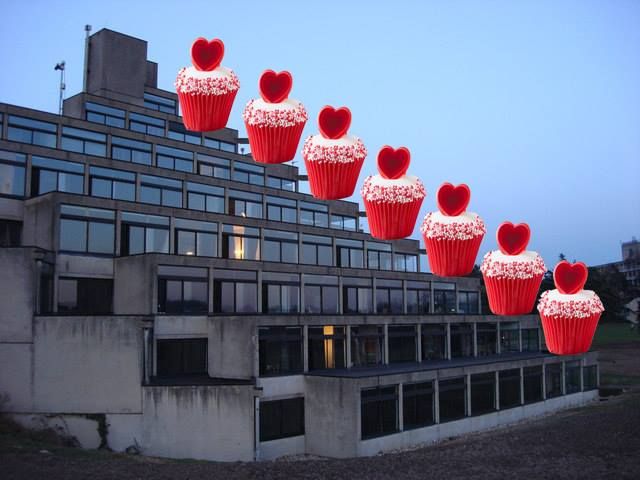 100 per cent quirky, UEA students sit on grassy gnolls by lakes, stroking bunnies and eating weird, colourful Novelty Ring Buns. If you've ever had a Novelty Ring Bun, though you'll realise they're "novelty" for a reason and it takes a certain type of person to hack eating them all the time. 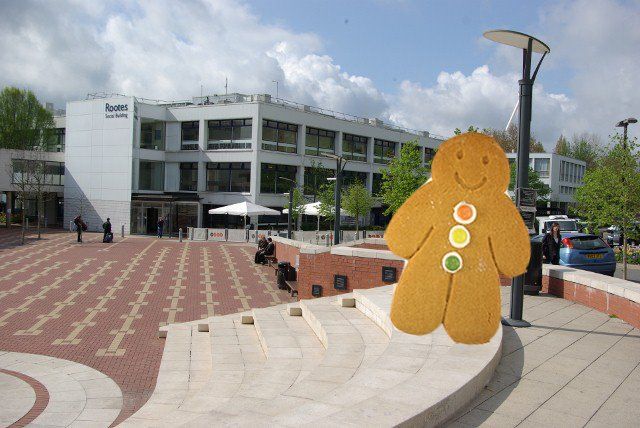 Everyone is aware of Gingerbread Men (should they be Gingerbread People now? Hello it's 2018). But no one ever acually goes to the effort of purchasing one unless they're really, really boring. 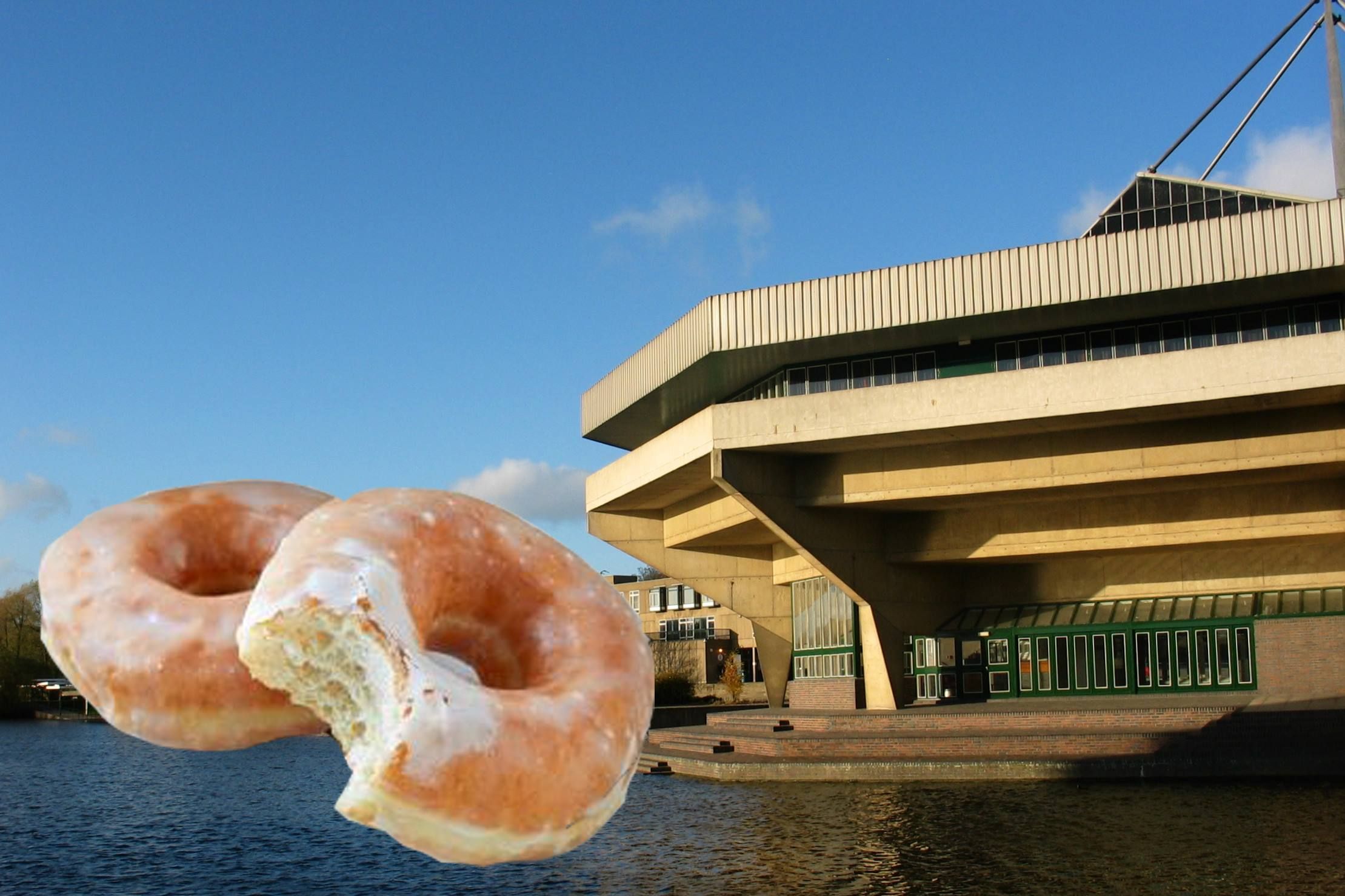 Aww, lovely Glazed Ring Doughnuts – reliable, tasty, but a bit bland in the middle. A safe choice for a uni that was probably the majority of York student's safety choice. At least it looks aesthetic.