The Gym Fallowfield has been CLOSED

It’s only been open for just over two months

The Gym Fallowfield has this morning reached out to its members via email to inform them that the gym will be closed, for an undisclosed period of time, due to a "power failure".

The Gym Fallowfield also posted to their facebook page this morning that they are closed: "We currently have a power cut on site here at Fallowfield.

"The team will update you as soon as we know any further resolutions to the matter.

"Please use any of our neighbouring gyms for free until we reopen.

"Apologies for any incovenience caused." 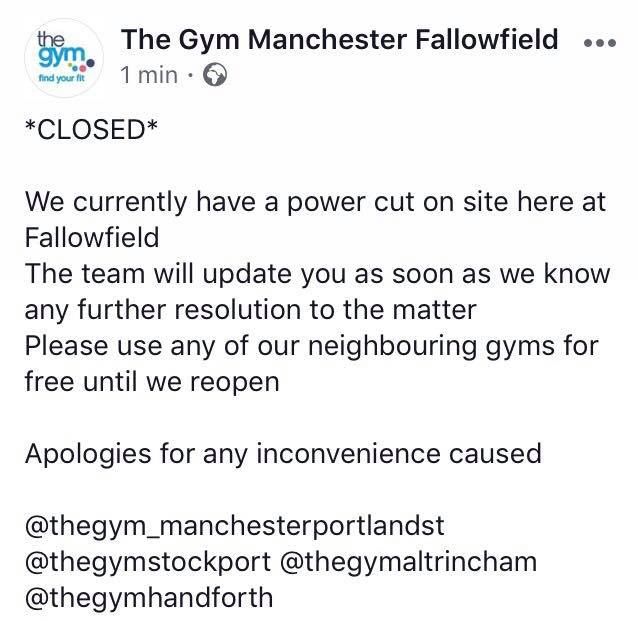 The Gym Fallowfield haven't yet given an estimated date or time of reopening, updates to follow.

The Gym Fallowfield announced that they have re-opened at 11.40am today on Facebook.

"Our temporary power fault has now been resolved

"The gym is now open and fully operational

"Hurry and take advantage of the empty gym." 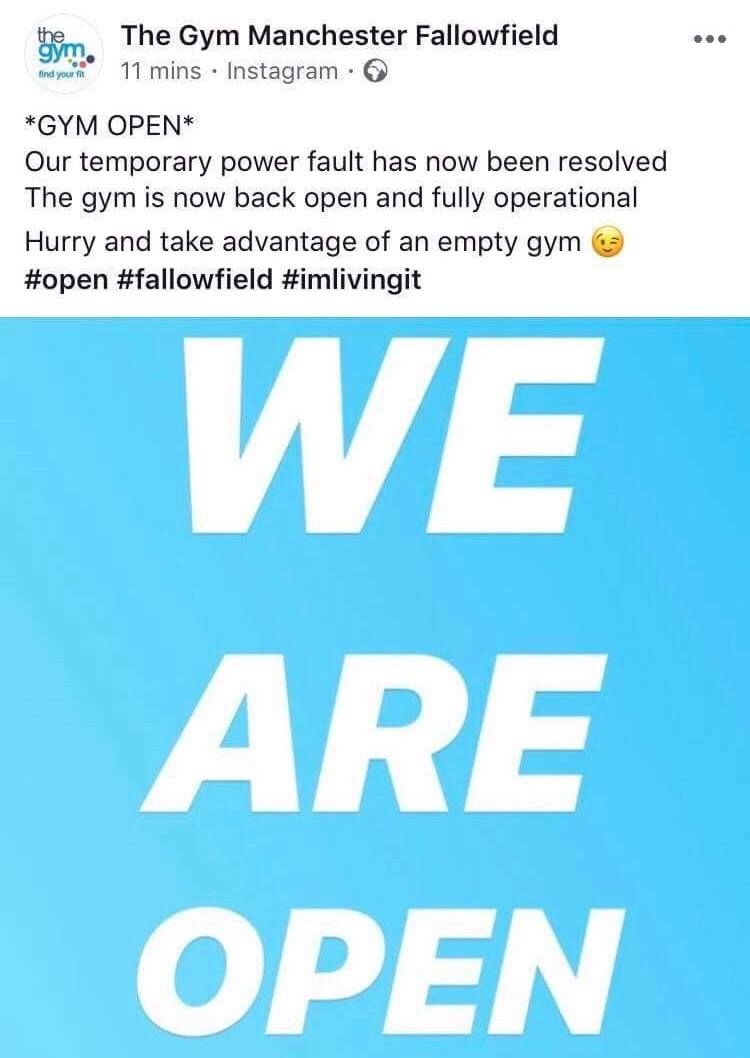