Somebody has pooed on a student’s car

The phantom pooer has struck again

Beth, who studies Politics at Manchester Metropolitan University discovered the car-crap after finishing her New Year's Eve shift at a bar just off Oxford Road. 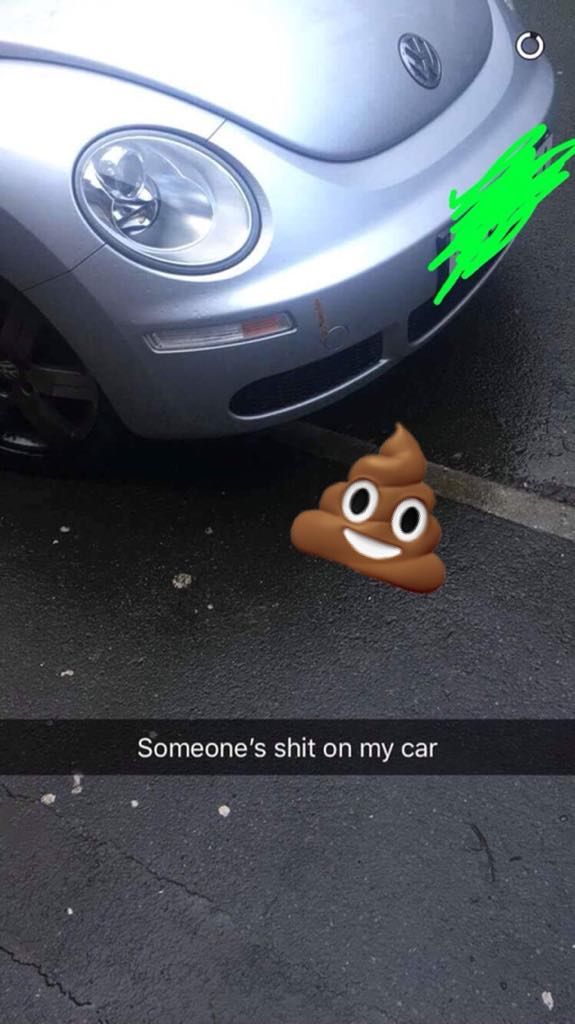 She told The Tab Manchester "luckily I went to the jet wash at a petrol station, and £2 down, the poo is off my car." The poo however, remains on the curb in fallow because no one wants to move it.

More updates on the exploits of the Fallowfield pooer to follow.