Mr Gaff has lost his cat

Mr Gaff, of Gaff's, now Garden of Vegan has lost his cat. 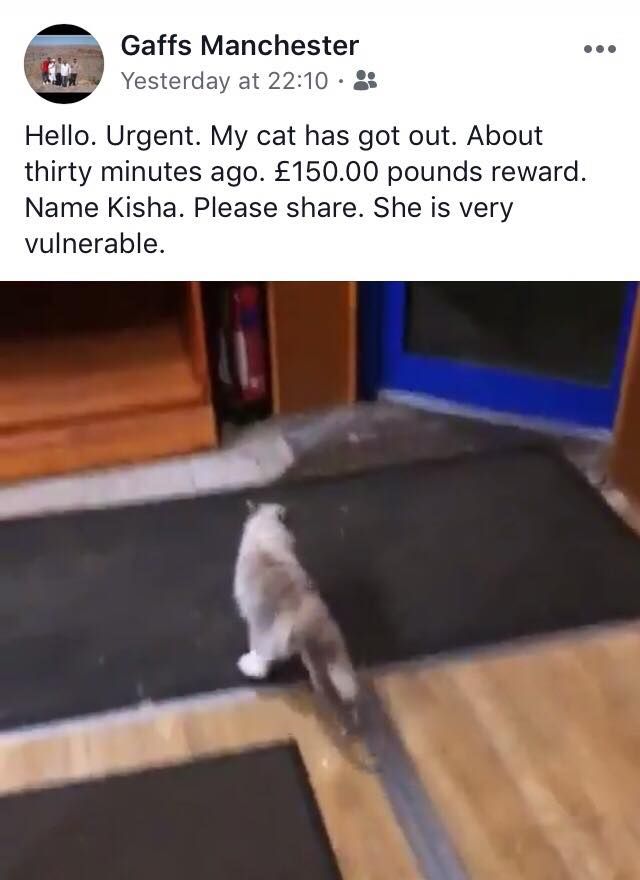 He told The Tab Manchester:

"She is so innocent, she's not a street cat. I'm worried she won't survive out there." 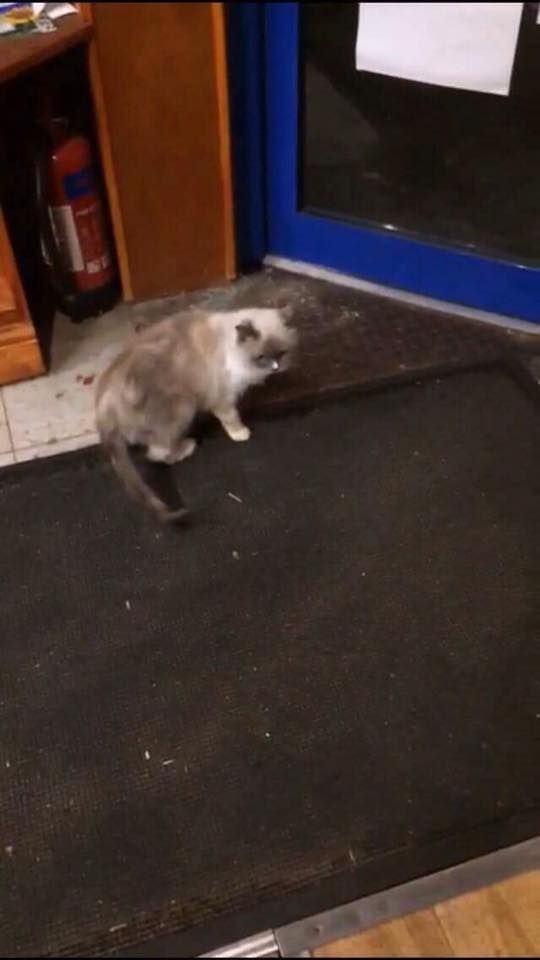 Keisha, who is fluffy with mainly grey and white fur went missing around 10pm last night from Garden of Vegan.

She is a house cat and is likely scared. She has not been outside very often and is described by Mr Gaff as "vulnerable".

If you see Keisha, please approach her carefully. 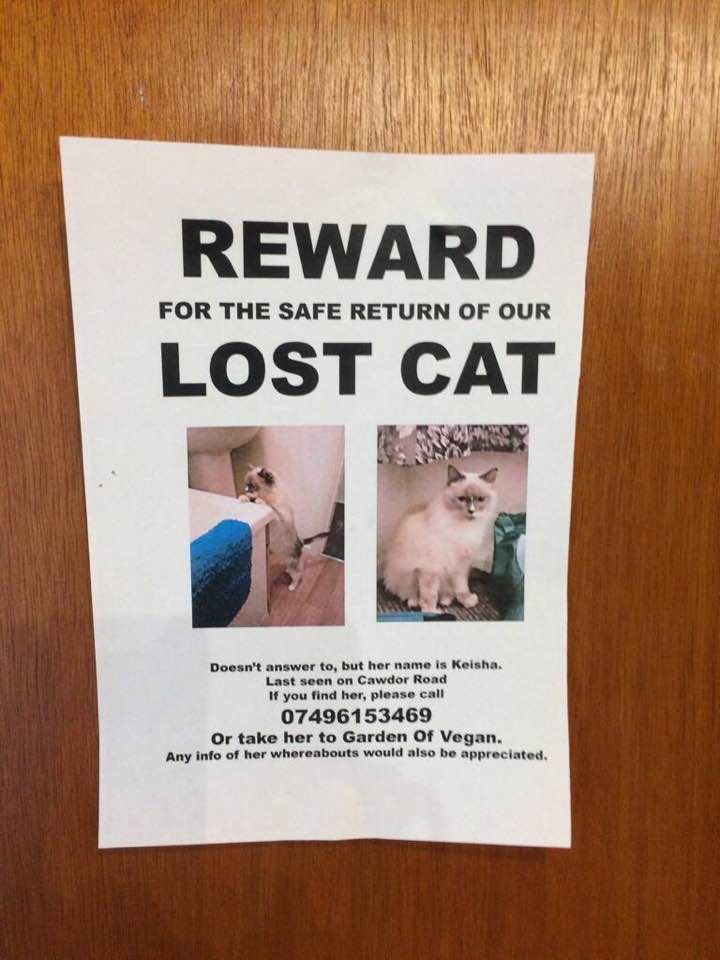 Mr Gaff is offering a £150 reward for Keisha's safe return.

If you have any information on Keisha's whereabouts, please contact Mr Gaff or The Tab Manchester.