This Man Met student was living in a homeless hostel before he started uni, now he owns his own award winning company

Started from the bottom

Mylo Kaye, CEO of Dreamr, an award winning app building and design company found himself living in homeless hostels at the age of 21, before deciding to go to Manchester Metropolitan and pursue his dream of web design, eventually switching to a Business Enterprise course. The Tab caught up with him at his super cool office near Spinningfields (they have an in-office bar, fully equipped with cold beers, ciders and unlimited spirits on a Friday, as well as a dog pen for employee’s dogs, complete with a six month old Miniature Daschund called Chilli) to talk to him about how he used university as a platform to progress from homeless, to student, to CEO.

Tell us how you ended up at Man Met?

Before I came to Manchester I was homeless, and then at uni I had mental health problems. I had never considered uni, I wasn’t sure if you had to pay, I thought my mum was going to have to pay for it, so I thought there’s no point in asking. It was never an option.

So I basically left college and just started doing odd jobs, you know, things weren’t great. But when I was 21, I was working at the Albert Dock in Liverpool and a guy there said that he was going to Manchester, to uni, in September, and I just thought “fuck it, let’s go to Manchester.” It was opportunistic, it felt very adventurous. It seemed like a great opportunity, I’ll do my degree, I’ll get a good job and happy days.

I started off doing Web Development, I wanted to run a web studio originally, that was kind of one of my life goals. It was absolutely the hardest thing ever, I know now that I’m dyslexic, but at the time I couldn’t understand it, I couldn’t concentrate or grasp it. And it wasn’t a particularly easy course in the first place. They would give me sheets of information or show me lecture slides and I just couldn’t do it.” 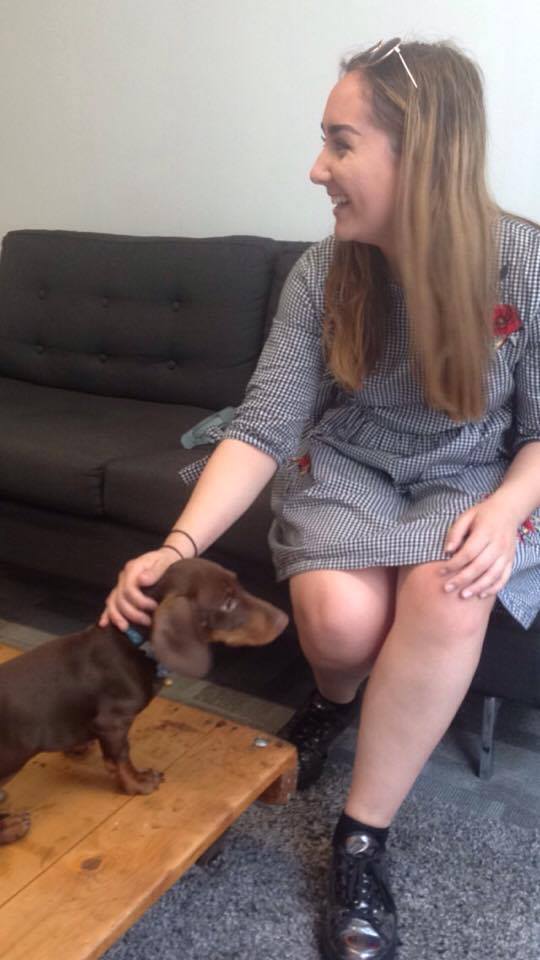 What changed in you at uni that helped you get where you are today?

“After that first year, which was difficult enough not being able to concentrate and not really understanding why, my uncle suddenly died. I was so, so close to him, it ripped my world apart. After my uncle’s death was when the mental health issues started.

When I look back on how it was, and I’ve been to professionals since, and when I think about it and talk about what I went through, my struggles kind of make sense, but at the time I just felt confused, and frustrated at wanting to be able to do all these things, and feeling like I couldn’t.

It was so, so tough, but MMU had an amazing counselling service, I’ve been meaning to find the woman who counselled me at the time, because she was amazing. I guess, as far as I can recall, there felt to me to be a real distinction between my experience at the uni, and the uni’s counselling service. I was determined to find a way out of things, and that for me turned out to be becoming an entrepreneur.”

So would you say that your mental health issues helped you to get where you are today?

“I felt like there was something in me that had to be fixed first, and through therapy and medication I was able to see what I could be. The MMU counselling services and Manchester’s NHS were absolutely brilliant.” 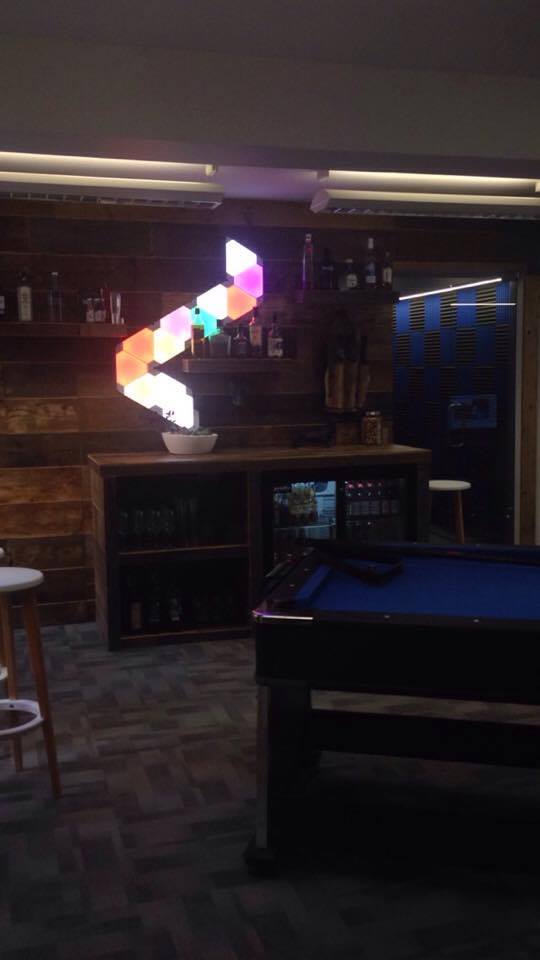 What role did Man Met play in the creation of Dreamr?

“I guess, when I went to uni it was my opportunity to make my way in the world, I was moving to a new city. The most difficult thing for me was not being able to just pop home and see my mum, but I guess that made me more resilient. It was kind of scary at times, though.

MMU was great, though, although I did leave – I never graduated. After my first year I changed courses to Business Enterprise, and got completely inspired to start my own business. I was completely inspired my course, and I met my friend Jack on the course too, and he helped with the creation of the company.”

Has your time at Man Met influenced the way you run your business?

“We don’t hire based on degrees. Sorry, I know you won’t want to hear that, but we don’t. If you know what you’re doing, you know what you’re doing, regardless of whether you have a degree or not. It’s more important that someone has the right values in line with the company, as that’s not something you can teach. It’s a tough call to make in terms of how uni influences me, I don’t think I regret dropping out, but had I stayed on and graduated then I would know more, I would have had more business knowledge and skills when we started up Dreamr.” 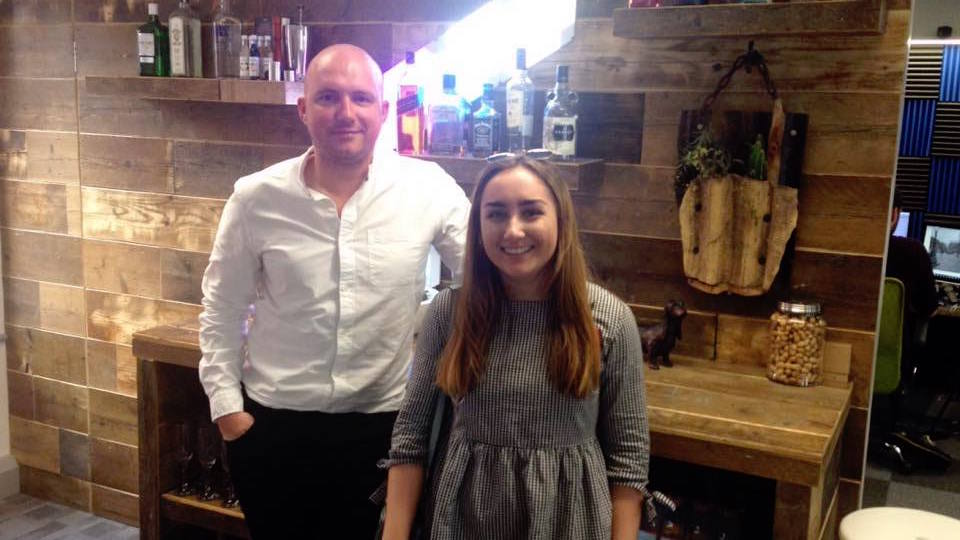 How do you think this relaxed office environment benefits employees?

“I want people to feel comfortable and relaxed at work. There’s no start time, no finish time. As long as you come in and do your work, it’s all very relaxed. There’s beer, somewhere to keep your dog, we have yoga mats for the mornings, and lots of greenery around the office. I mean you guys look very relaxed in here, and I want the same for my employees.”

Do you think there’s an issue with universities in that they just churn out employees rather than entrepreneurs?

“I think there’s a shift in a student’s mindset at university, so for instance, the enterprise course I did at MMU was about creating your own business, but if I had done drama or something, would I be able to graduate and then begin my own drama school? I think every course could benefit from having some sort of enterprise module, I mean, not everyone who studies medicine wants to be a doctor, you may want your own practice. Students are taught how to work for somebody, but then we started this business with no experience. I think the focus at uni is more on how to work for someone because you can’t really learn how to become an entrepreneur, you have to just know from experience.” 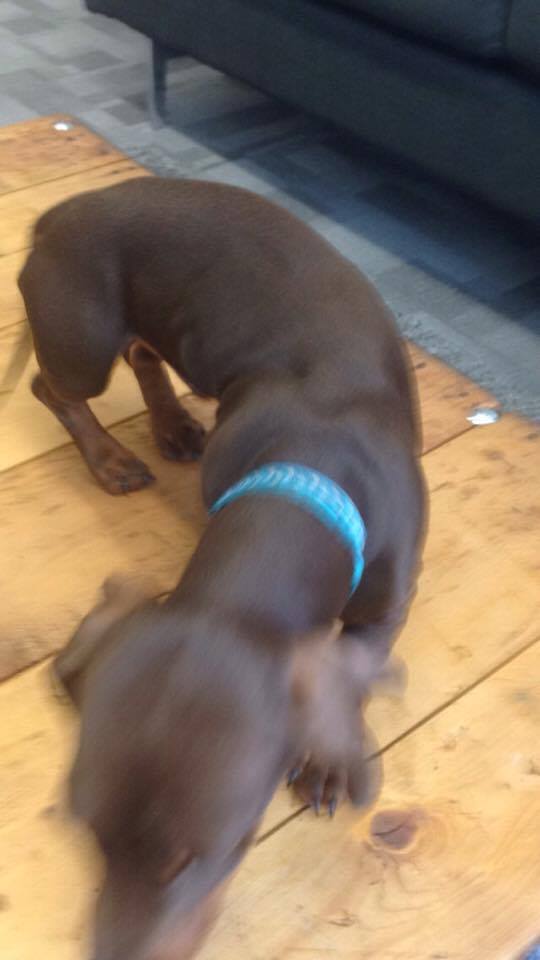 Tell us about the app you developed for UoM

“Okay so, from what I’m told, UoM have a careers fair every six months. We created the app just to make it easier for students to connect with potential employers. Yeah, we made that, it’s bloody great. I think the market for “student” apps is amazing, one of my favourite apps is TickX, which I believe was developed by a student. The way we work here however is people approach us, we won’t just do any old thing. We want to create something that works, that makes things easier.”

Have you got anything to say to potential student entrepreneurs?

“We get so many people, all the time, coming and saying to us that they have an idea but they don’t know what to do with it. I don’t think people realise how many entrepreneurial programs there are where you can learn the skills you need. I mentor in the Natwest Entrepreneurial Spark scheme, which is brilliant, it’s completely free. Young people need to be made more aware of how easy it is to put an idea out there.”