Can Jewish students finally feel comfortable that the NUS will stand up for them?

This year’s NUS Conference was a turning point

Over the past few years, Jewish students have been feeling increasingly uncomfortable in various environments. This has ranged from protests and lectures to the NUS conference floor. However, almost every situation and circumstance has the ability to change, and this year could be a fresh start.

After last year’s conference, Jewish students were having serious doubts about their place within the NUS and for very good reason. Over the past year, Jewish students saw a doubling of anti-Semitic incidents on campus, and when many refused to acknowledge the institutional antisemitism within the NUS, it left many of us feeling that there was no one in our National Union willing to stand up and take action. 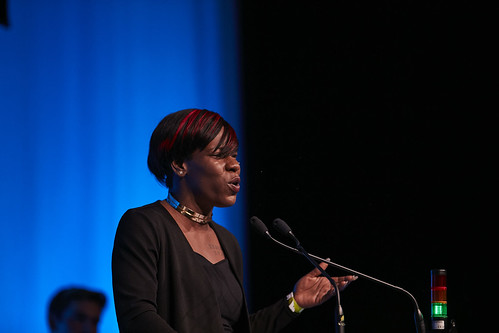 Change would be a buzzword for this year’s conference. We saw the rejection of the current tactics used by NUS and a new vision put forward. We saw tackling antisemitism become a theme running throughout, with public apologies from some candidates, and unapologetic rhetoric from others. April 25th – 27th mostly saw a very different type of NUS in action. This conference overwhelmingly passed a motion in favour of the motion combatting antisemitism, whilst rejecting an amendment removing the Macpherson principle – a principle which allows Jewish students to define their own oppression.

The conference also strongly rejected the divisive and unapologetic rhetoric of the current NUS President and voted to replace her with Shakira Martin who gained 58 per cent of the votes in the first round. NUS witnessed a proud Jewish woman stand up to fight for everything she believes in on a national platform and win her election as the next NUS VP Welfare. These three moments proved to me the power of students who don’t take no for an answer and stand up and demand change. Jewish students have been at the forefront of this and it was wonderful to see the rest of conference follow our lead. We stayed in the NUS to make and see the change we wanted, and the successful efforts this week to encourage conference delegates to take antisemitism seriously are a testament to the hard work of every Jewish student across the UK. 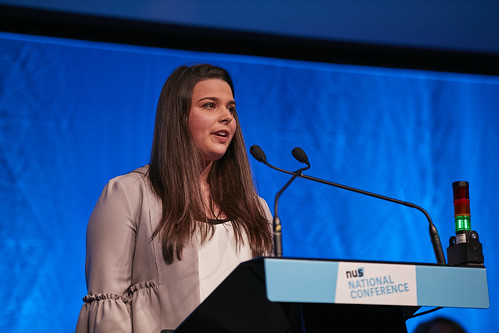 I’m sure many will be wondering what is next for Jewish students and the NUS. I hope I am not alone in hoping to engage further, having finally found an NUS that treats my oppression as seriously as the oppression of other minority groups. I strongly agree that change can be much stronger from within, and despite a very close vote at the Union of Jewish Students conference over cutting ties with the NUS, I am extremely glad we stayed to see the NUS become a place where we were wholeheartedly welcomed by all.

Many Jewish students will be hoping that this conference’s attitude to Jewish students will be indicative of the next year. With Robbie Young’s recent report published, the key areas have been flagged and now we hope to see a comprehensive plan to tackle the issues that require the most attention. With a Jewish full time officer and Robbie’s successful re-election, I’m sure many Jewish students will have confidence in their union to deliver on their promise on tackling antisemitism. However, as I said before, words are just the start and actions are the necessary next step but I can confidently say that I believe those actions will be set in motion very soon by next year’s full time officers of the National Union of Students.