It happened by Big Hands

A third year was mugged for her iPhone 6s last night on Oxford Road when she was on her way home.

Third year management and leisure student Anna Walters was on her way home from a shift at Manchester Academy when she was robbed of her phone.

Leaving Manchester Academy at around 10pm, Anna walked down Oxford Road in the direction of her flat which is just before the Curry Mile before being approached from behind by a man on a bike.

She was mid way through texting her flatmate when the thug rode past her and snatched her phone from her hands, ripping her head phones from her ears. 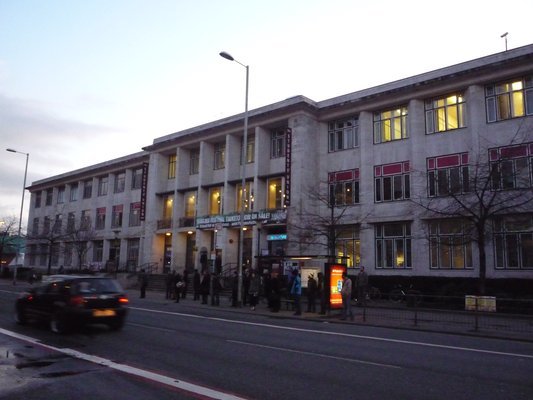 It happened on the Oxford Road at around 10pm

She told The Tab: “I was walking past Big Hands when I saw a guy approaching me out the corner of my eye.

“Before I knew it, a hooded figure grabbed my phone from the left side, firmly gripped it and zoomed off down Grafton Street on his bike.”

Explaining her shock and distressed state, Anna said: “I stood on the street corner and screamed, saying ‘He’s got my phone!'”

As she was screaming, her colleague, third year economics student Tom, was cycling past and took initiative to chase the mugger on his bike.

Tom managed to chase him to Upper Brook Street, where he become parallel to the mugger, who then dumped the bike which was also stolen.

Tom told The Tab: “It was pretty dramatic, it added a bit of spice to to my cycle home from work.”

Anna said: “Tom deserves a lot of recognition, I was so lucky he was there. He returned with two bikes and we managed to flag down a police van together.”

“The police were also really great in the situation. They told me that if caught, the mugger could get up to 14 years in prison.

“The whole ordeal made me feel horrible, I suddenly felt lost and couldn’t stop panicking.

“Although it’s a fully lit main road and there were people around, it’s not the safest place to walk.

“I really don’t want it to happen to anyone else, it’s not worth the strain and stress.”