They haven’t been deterred

Left-wing protesters are refusing to leave the Harold Hankins building despite warnings from uni big wigs.

Free Education MCR locked themselves in there on Wednesday last week.

Now tensions are rising as uni top brass have threatened to discipline campaigners.

A letter said: “The University may, at any time, take appropriate disciplinary, legal or other action as it sees fit.” 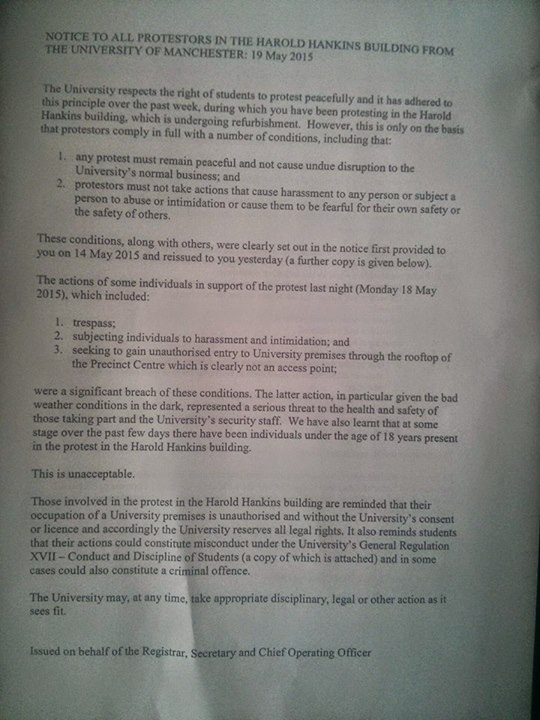 The group have been protesting over austerity measures, equality, workers’ rights, and obviously, free education.

They have been marching, and peacefully occupying the Harold Hankins building for a week now, with supporters and friends bringing them supplies and showing solidarity.

But things took a turn on Monday when seven protesters tried to slip past security and get in to the building by climbing onto the roof.

“One of my friends made it to the steps where the back door is and then he was grabbed and pulled down the steps.

“Then two of my friends were grabbed and held against the wall.

“I ran through and was told that if I ran any further they would not be afraid to use force.”

Four of the seven who attempted to get into the building were successful. 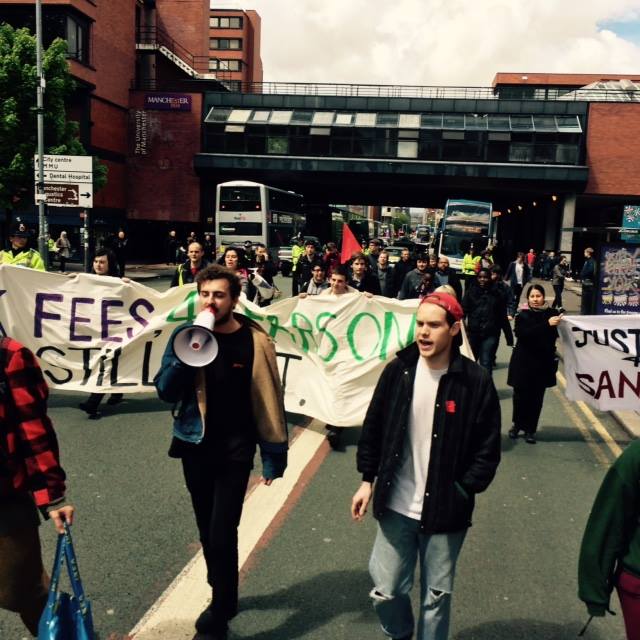 The letter claims the incident posed a “serious threat to the health and safety of those taking part” and that their behaviour was “unacceptable”.

The group have since responded publicly, saying that “management are denying them their democratic right to protest” by preventing more people from joining the occupation.

They also claimed the real danger was “security manhandling protesters, dragging them down flights of stairs and threatening to punch people in the face”.

Members of the group have not been deterred by the threat however, and have now have seized a second University building. 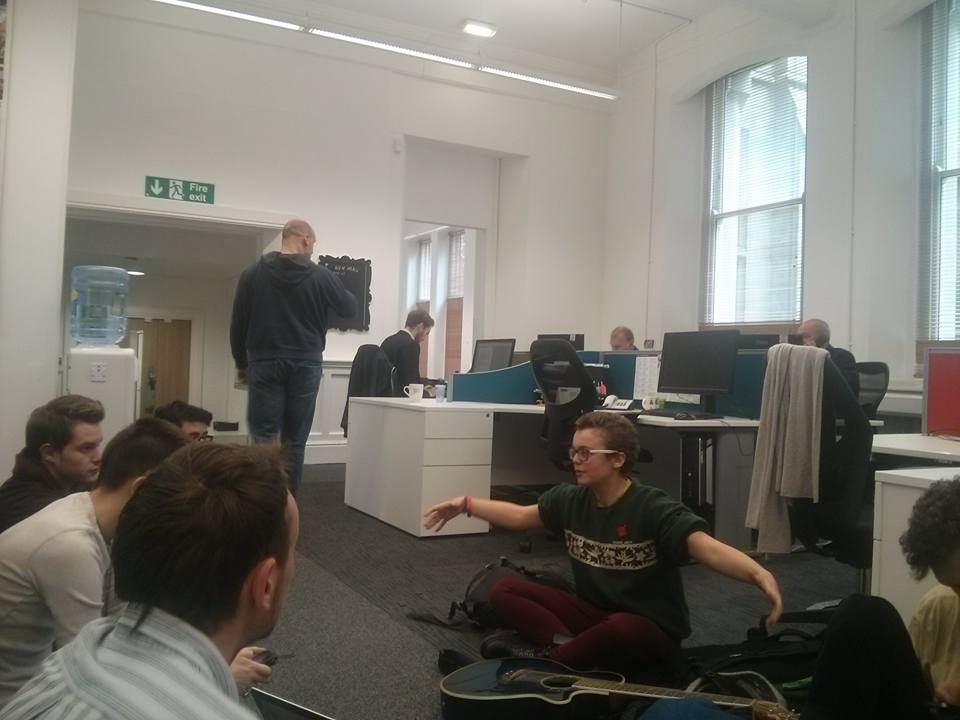 The group posted this picture from the Division of Marketing and Communication, saying: “Our demand is the same as yesterday: allow open access to the occupation at the Business School!”