For all the fans of Black Mirror’s Bandersnatch episode

You'd think that the actors in an improvised show wouldn't need much more time to prepare than you’d need to put your make-up on before going to see their show. But as I learned, a good piece of improv takes dozens of rehearsals (sounds weird to us mortals, right?) and from the way UCL Comedy Club performed their improvised murder mystery it was evident that they had put in the effort.

As I entered the Camden People's Theatre, I already felt like a part of the story. Lying on the floor appeared to be the poor victim with our three main suspects hanging around the body.

We were then led through the story by none other than the show’s director (and co-writer along with Sofia Smirnova) – Hannah Pennauer – who seemed to be getting crushed under the weight of a detective’s scribbling pad and the responsibilities that come with it. 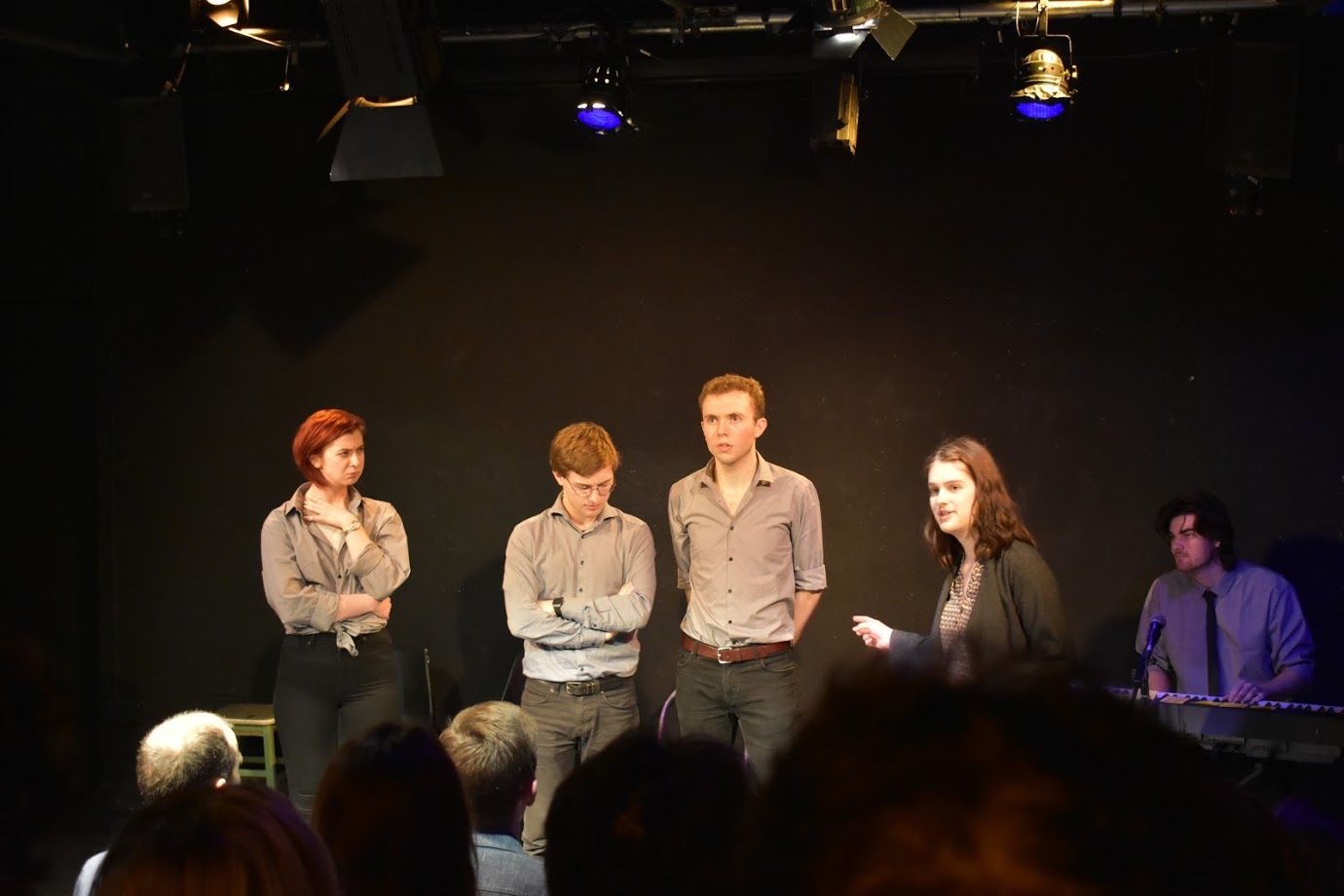 When watching a performance where the auditorium is filled predominantly with university students you might expect that the characters they would request to see in the story wouldn’t be your regular crime scene attendees – and you'd be right; but the improvisers lived up to the challenge.

The refreshing mix of characters that we guided our murder mystery towards was embraced by the actors as they broke gender and age barriers with great ease. This was an indication not just of their individual talents but also of their incredible work as a team which made us believe we were watching a well-rehearsed play without it feeling too scripted.

Perhaps one of the main challenges of improv is exactly the fact that performers must act in accordance with their characters’ objectives although up to the very end they don’t know what these objectives are. In a way this put us, the audience, and the actors on the same page of the Agatha Christie novel that we were reading. The suspense they managed to create up until the very end was a token of the success of the play.

While everyone involved developed their characters very naturally and consistently, it was William Jefferies who obviously didn’t need to try too hard to make us laugh with his incarnation of the victim as his brilliant playful performance was a sheer source of entertainment. Jack Sutton’s impersonation of a problematic three-year-old boy was also popular with the crowd as the contrast with his real life features added a comical layer we couldn’t ignore.

The impressive delivery of this longform improv made two hours in the theatre just fly by. Unfortunately, this was no “Black Mirror” episode and I can only wish I could have seen all possible endings.