Yesterday afternoon, campaigners occupied the balcony and wrote quotes in permanent marker over the Provost’s windows, highlighting the discrepancy between UCL research into the impact of fossil fuels and the Provost’s own position on the matter.

Sharing two sleeping bags between them, the three who stayed the night were waiting for the Provost to come to his office and see the messages for himself.

Day 5 of escalations – We're live on the Provost's balcony highlighting the hypocritical gap between what the UCL academic community say, versus the Provost and UCL management. Since they've censored us on social media by deleting our comments on their page, we're writing on the Provost's window directly. We do not want to be London's Global Warming University! Provost, shame on you – we deserve a future too. #divestUCL #noresttilwedivestUCL

Ten students from the group have also been accused of causing criminal damage to UCL property. UCL has emailed them to inform them that the Registrar’s Office is considering their actions under the Student Disciplinary Code and Procedure in Respect of Students. 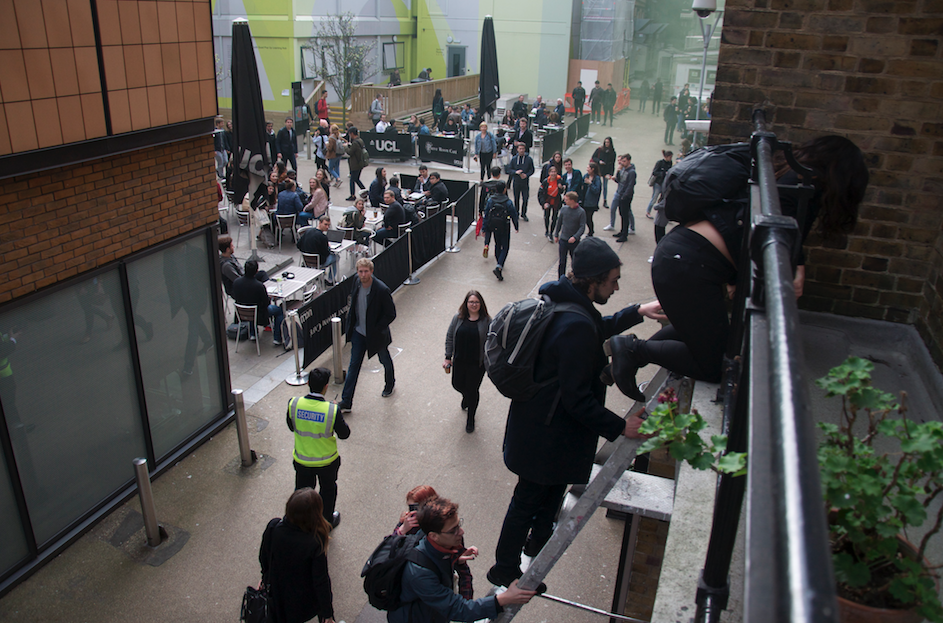 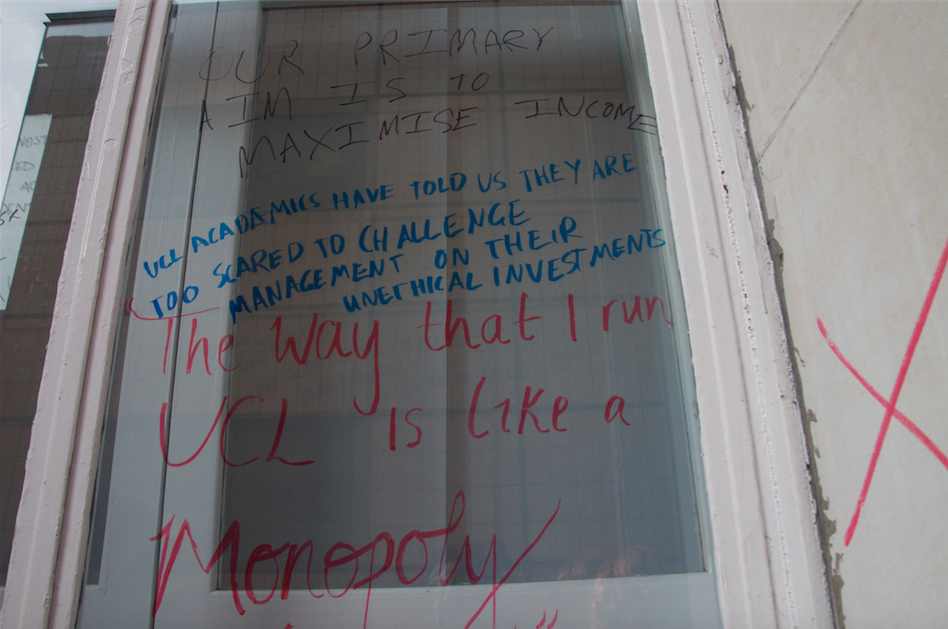 This was Fossil Free UCL’s fifth consecutive protest in a week. They have smeared ketchup and marmite onto iconic UCL monuments showing the ‘blood on their hands’, made hundreds of phone calls and emails to UCL management in a communications blockade, organised a flashmob in the main UCL Quad, and decorated the Portico steps with chalk. 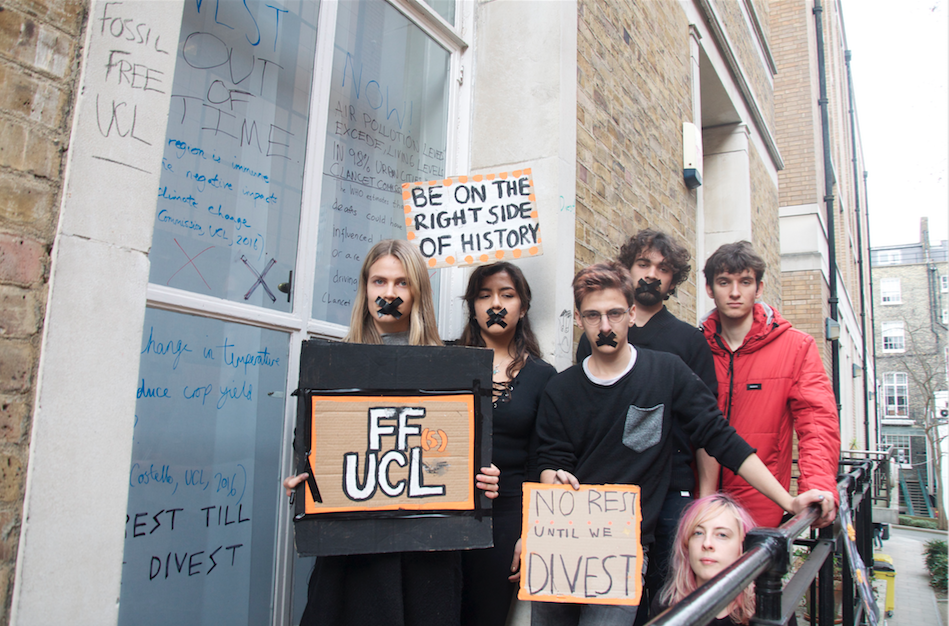 Students wore all black and covered their mouths with black masking tape to signify students’ views being ignored by UCL management.

According to Fossil Free, UCL has been deleting students’ comments concerning divestment from UCL’s Facebook page. Peter, one of activists threatened, said: “We are running out of time to stop disastrous climate change.

“We are in an emergency situation, and UCL’s inaction is unacceptable. Despite a four year campaign there has been no progress at all – only lies and false reassurances – from UCL’s leadership.

“Today’s action is one of many. Our actions will continue to escalate until UCL agrees to full divestment.” 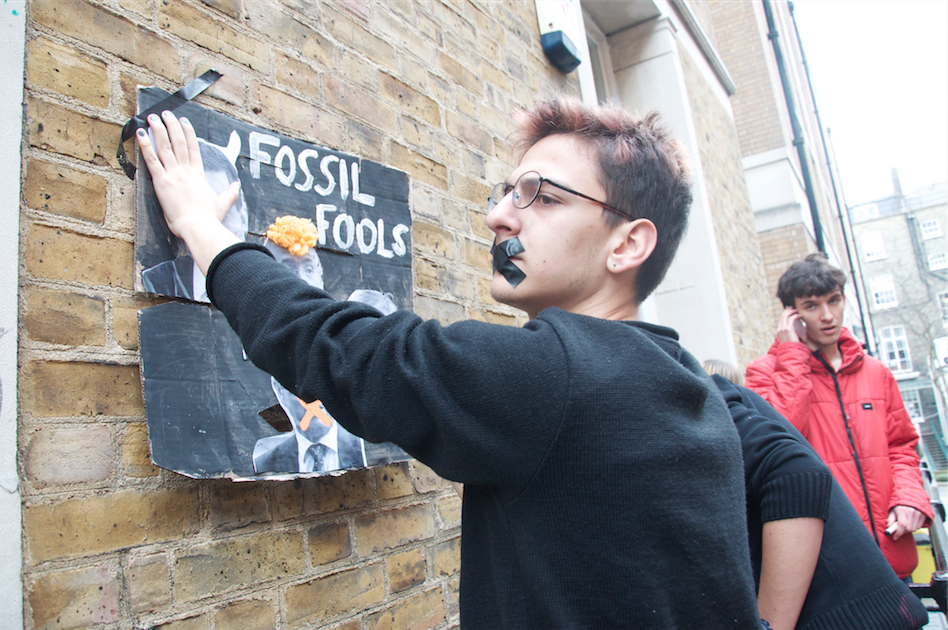 The group is calling for support against these threats of disciplinary action. They are asking fellow students to email the Provost to say that the campaigners should not face disciplinary action as they are “just trying to get our university to live up to its guiding principle of being a “sustainable university””.