Seven teams were entered last weekend at the University of Bath, including 2 squads and 5 group stunts. 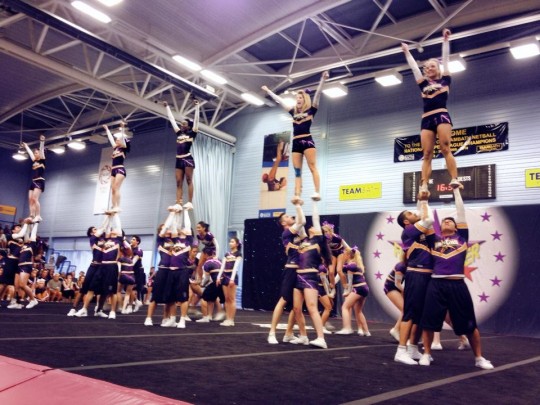 The squads performed 2min 30sec routines consisting of stunting, tumbling and dancing. The first was a mixed squad competing at Coed Level 3, with 11 guys and 21 girls. The second was a 31-strong all girl squad competing at Level 2. The group stunts were 1min 30 sec each of purely stunting routines, competing in both Coed and All Girl levels.

Watch the Coed Level 3 and All Girl squads and feel totally physically incompetent as their gravity-defying stunts put your once-a-month stretching routine to shame:

Despite a broken nose and several injured ankles and wrists, UCLU Lightning stormed through the competition to score 7 trophies. Out of the 7 teams competing that day, 2 came 1st, 2 came 2nd and 1 came 3rd in their respective divisions, bringing home 5 out of 7 top three-placing trophies. 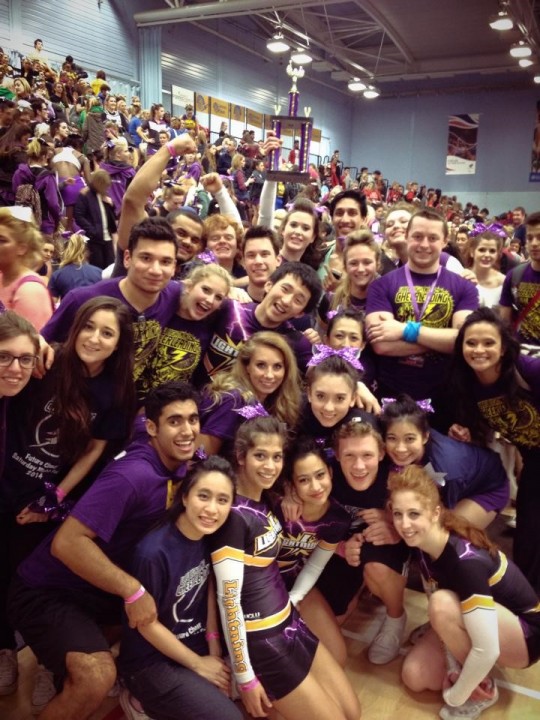 President Robyn Venmore-Rowland says, ‘I’m so proud of every single person in UCLU Lightning for all the hard work and training they have put in!’ Want to watch UCLU Lightning perform live? They’ll be pulling off some stunning flips and turns on the rugby pitch at half time for both the women’s and men’s matches at the London Varsity Series next Friday 14th March!